At the cusp of 36, there wasn’t really anything much that I wanted material-wise, except for the proverbial million dollars in the bank. My birthdays had never really been much of a fanfare anyway. My 18th, when girls in my school had big debut celebrations complete with 18 roses and candles and ball gowns, was quietly celebrated in a Chinese restaurant in a shopping mall with just a handful of friends and it was just the way I liked it.

18 years later, it was still exactly how I wanted my birthday spent. Only this time, with just my family.

And so I spent the better half of the day with daddy in bed while mommy was out on errands. Sometimes talking about life, but mostly watching Bad Blood on Netflix. One of the random shows my dad watched when he was bored which got me hooked as well.

At daddy’s suggestion, the plan was to dine out at Il Corso, this new shopping hub at SRP. I’ve only been there once. It was nice. I didn’t mind. I didn’t really care, either. Whichever was the most convenient for him, logistics-wise.

Around 4PM, he changed his mind. He wanted to go to SM Seaside instead. Like I said, I was down for anything. SM Seaside, it is!

Looking at these pictures, I guess you can say I make a better beautician for my dad than a nurse. It was our thing. And now that I think about it, I reckon I got my vanity from him. He was more into primping than my mom and I was his go-to manicure/pedicure/facial lady.

A couple of days before, I gave him a really good — and much deserved — foot spa. Sitting by his feet scrubbing as much dead skin as I could before cutting his nails and pushing back his cuticles, it was just like the old times. Immediately I was 20 years old again and he was 53. On one of those quiet balmy Sundays characterized by radio stations playing music from the 60’s and 70’s and me humming along to “Don’t Cry Joni.” 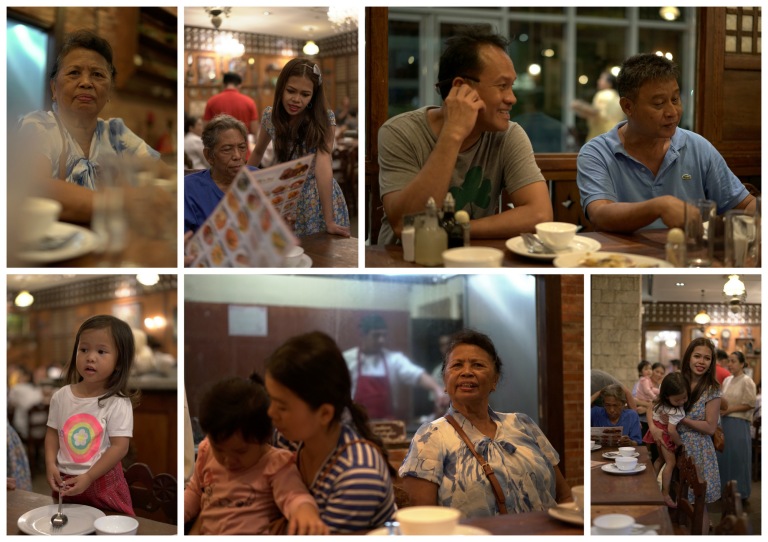 We had dinner at Paolito’s STK. One of those native Filipino restaurants with the interiors that I adore on account of me practically being antique as well. The pancit we ordered was too salty but the rest of the baked scallops, grilled squid, crispy pork crackling, and chop suey were pretty good.

But the highlight of that meal would have to be the prayer my dad said before we inhaled it.

I can’t remember the exact words but it was a prayer of thanksgiving and of guidance. As he said it, I was standing next to him and he reached for my hand which I instinctively pulled away because I had the cough and colds and was concerned about infection control. Something I totally regret but pneumonia was the last thing I wanted to give my dad, given his condition and all.

But it was a very sweet moment. He prays a lot for all of us. I know he does, as the words came out smoothly from his lips as if they had been uttered repeatedly to a point of memorization.

Looking at Cebu’s changing skyline and city lights, we talked about changes. About how, at some point, Metrobank used to be the tallest building which now dwarfed in comparison to the skyscrapers sprouting all over the city like mushrooms after a rainy day.

But what we didn’t talk about were the changes happening outside of the city that had made such a great impact on our lives, both inside and out. That conversation was left unsaid.

I gently wheeled him to the opposite end of the al fresco rooftop to check out what food stalls and restaurants they had there, commenting on how there were hardly any customers, if at all; speculating the financial status of those businesses.

We both noticed the cracked and uneven tiles as we slowly made our way inside the building so we could go home. 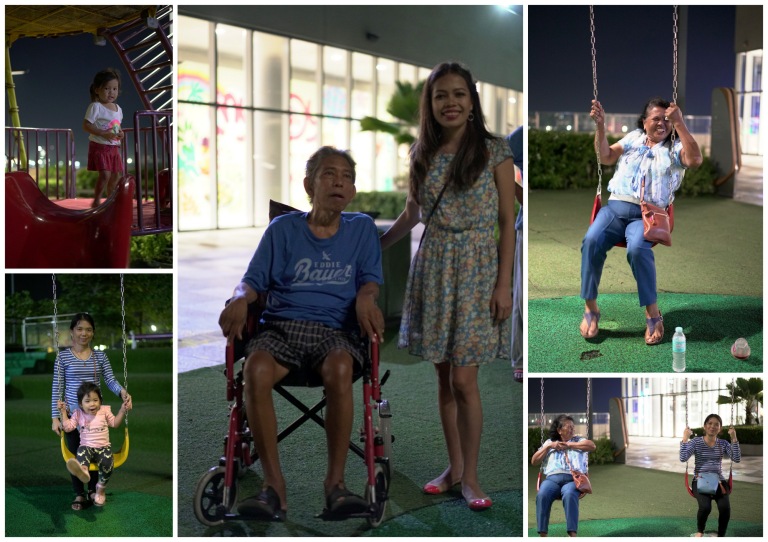 Signifies the need to focus less on the material aspects and concentrate more on your spiritual life. (Source)

4 thoughts on “My Angel Number”