I accidentally drank a bit of alcohol hand rub at work today. One of those foam ones that, in theory, are meant to come out like soft bubbles on the palms of your hands but, in reality, are much closer to just being the liquid state that they are. Of course I spat it out the moment I realized my cuppa was contaminated with the chemical but the sting left on the tip of my tongue taught me one valuable lesson: Never ever place your mug next to a hand cleaning agent.

Unless you’re keen on disinfecting your gastrointestinal tract. In which case, try bleach.

That’s not the point of this blog, though. One of my patients was Afghan and we got to talking about Afghan food and where the best place was to get it in Dandenong.

“There’s heaps along Lonsdale Street,” he said. “Everywhere, really. But give ashak a try if your husband’s a vegetarian. It’s our version of dumplings. And try the homemade ice cream too, while you’re at it. Yum!”

As the said husband and I found ourselves in Dandenong later that day, we didn’t try out any Afghan restaurants. (Not yet, anyway, but it’s on my list now.) Let’s just say we went for its neighboring country’s cuisine. 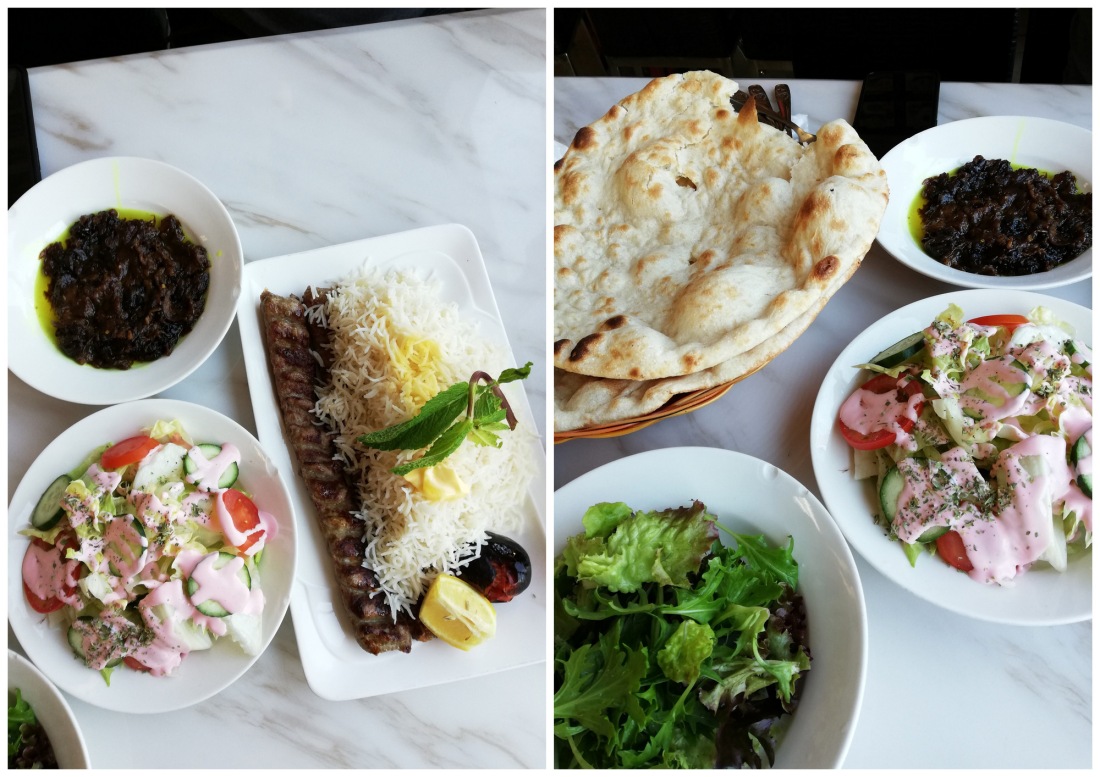 It’s called Addictions. Yep, that’s the name of the Persian restaurant I like in this side of town because it’s the only one I’ve ever tried, really. It’s kind of an unusual name for a food joint but whatever, I’m always down for their koobideh (kebab) with rice with goji berries in it. Aaand, it comes with freshly roasted flat bread and some garden salad too so if you’re sharing the meal with somebody who can’t have the meat, they can have that instead.

Or you can not share and have everything to yourself! But it’s a big portion. I reckon Persian meals are meant for long, hearty conversations with family and friends. I really do. A lot of times I wish the staff would come sit down with us so we can talk about how they line their eyes to make them look as beautiful and as intense as they do because I really like to know. Instead, I just sit there and stare, wondering about their eyeliner technique while Jeff rattles off our order.

I think it’s the shape of their eyes too. And the lightness of their colors. Plus the fact that they wear a scarf around their head so it really focuses your attention straight into the windows of their souls.

Speaking of windows, Addictions has this area with a massive glass window and we always try to nab that spot whenever we’re there. You get a nice view of the parking lot and the birds hovering above the sad-looking buildings around it.

But all in all, depending on where the sun sits on the sky and whether the sun is out in the first place because this is freakin’ Melbourne, I say it’s a prime spot for selfies. You can look 100% on this table right here. Like, if Jeff and I just started dating and I wanna impress him with my blending skills, this is the place to be. 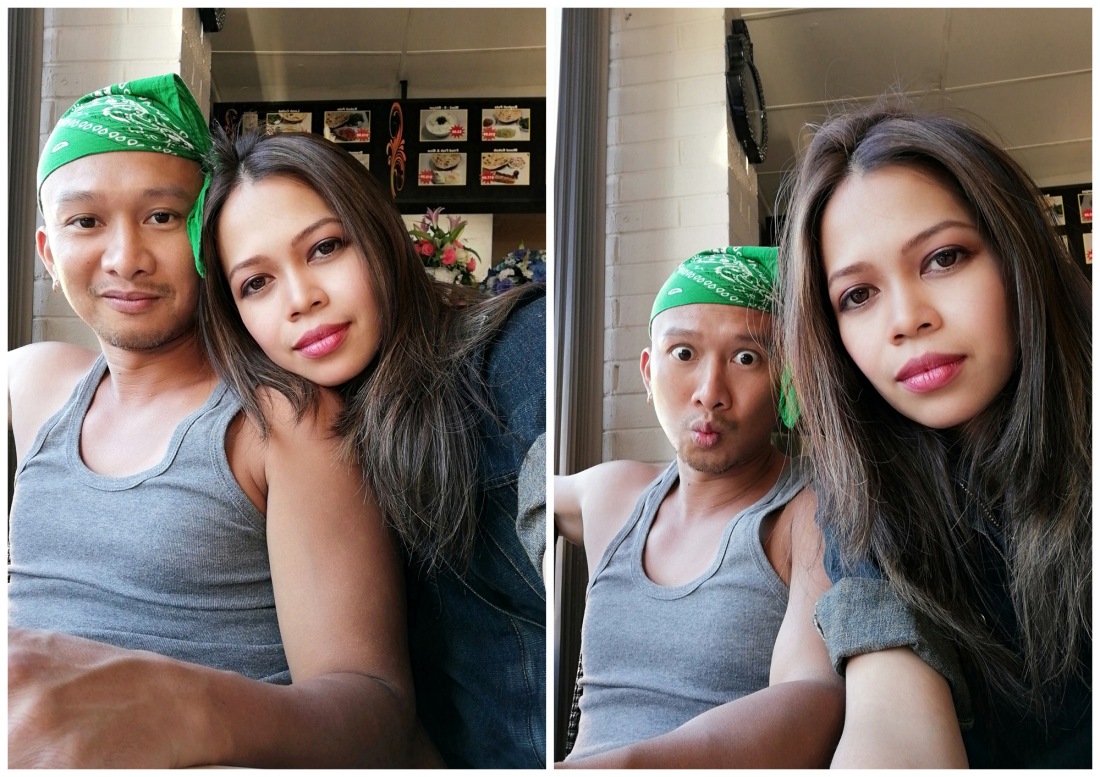 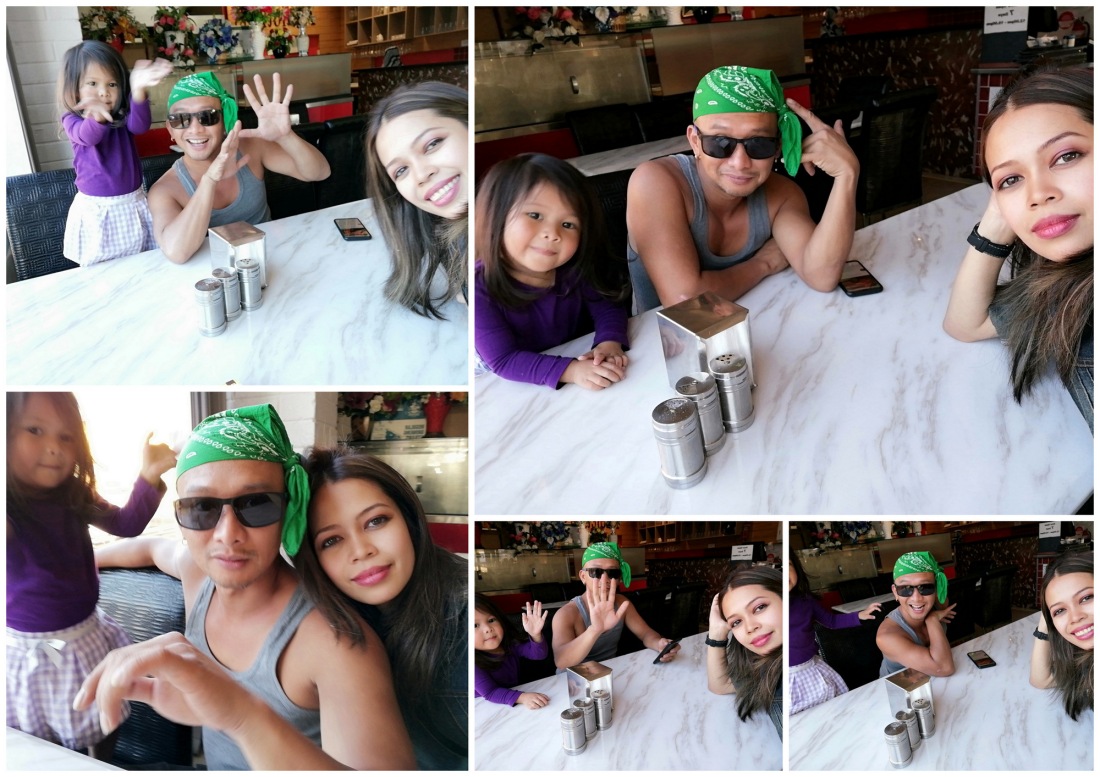 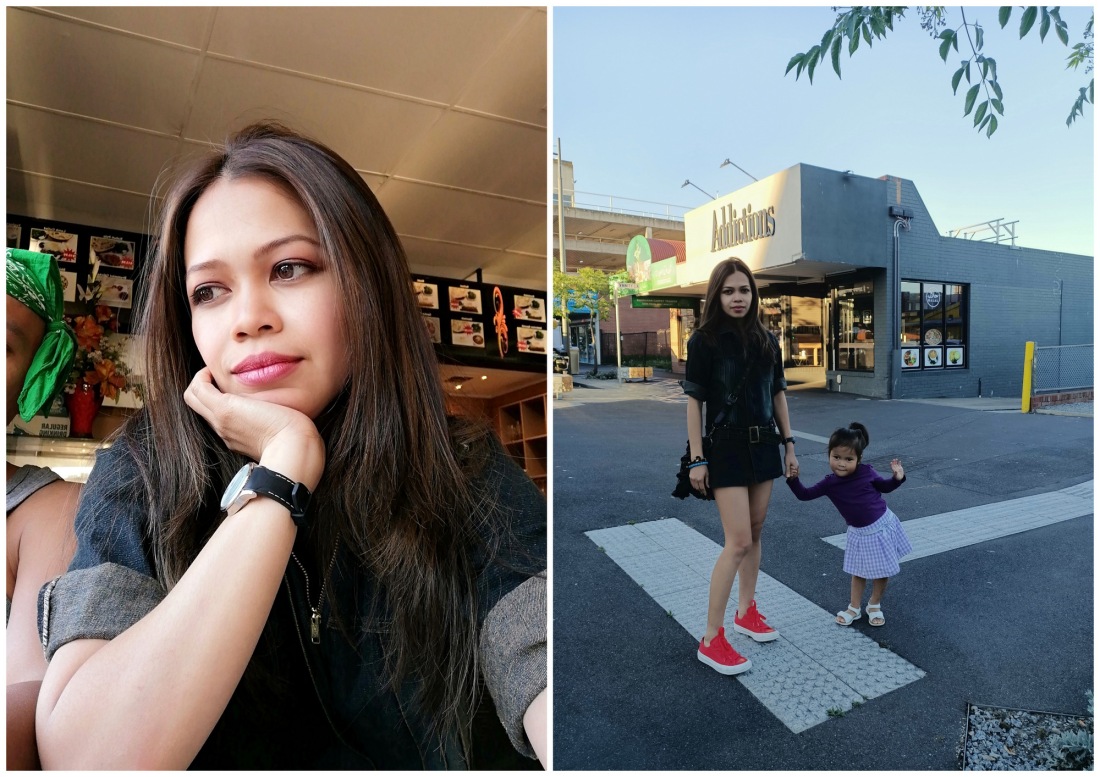 And, yes, I’m new to selfies so please bear with me. Late bloomer here.

Also, how do you wear a dress that’s too short, aside from not wearing it at all? Is that even a dress, or is it a top?

“It’s cute,” Jeff said when I asked for his opinion if he thought it was too short, given that he’s male and all. But then again, he gives me that answer 99% of the time I’m starting to believe either his eyesight is failing him or his fashion standards are a bit dodgy. Sometimes I wonder if he even looks at all but I think he does. Because one time, I showed him this bandage skirt & shirt combo which I thought was really cute and it was but when he saw it, he hesitated. As if he was trying to find the right words to say so I would not get offended even though I surely will.

“Um, you remind me of Doveton chicks.” he offered, an opinion I didn’t even ask for because I looked spankin’ in my opinion.

“What’s wrong with Doveton chicks?!” I asked, both offensive and defensive at the same time.

FYI: There is nothing wrong with Doveton chicks. It’s like this bad reputation that precedes a suburb based on a handful of locals you’d see walking its streets, high off their tits. But I reckon you get those everywhere. Only difference is, the ones in Doveton walk. Those in more affluent suburbs drive.

But anyway, the issue wasn’t the outfit itself. It was the color. Jeff associated hot pink miniskirts with Dovey chicks. In all my years of observing the suburb, I swear I have yet to find somebody in neon-colored ensembles. That would be the day. The ones I have seen were mostly in black hoodies and trackies which is quite boring. Give me something 80’s Cyndi Lauper.

If you’re keen to know if I ended up wearing my high visibility skirt, let’s just say I failed to represent my Dovey chicks that day. I’m sorry I let them down. Maybe next time if I still have that skirt somewhere. 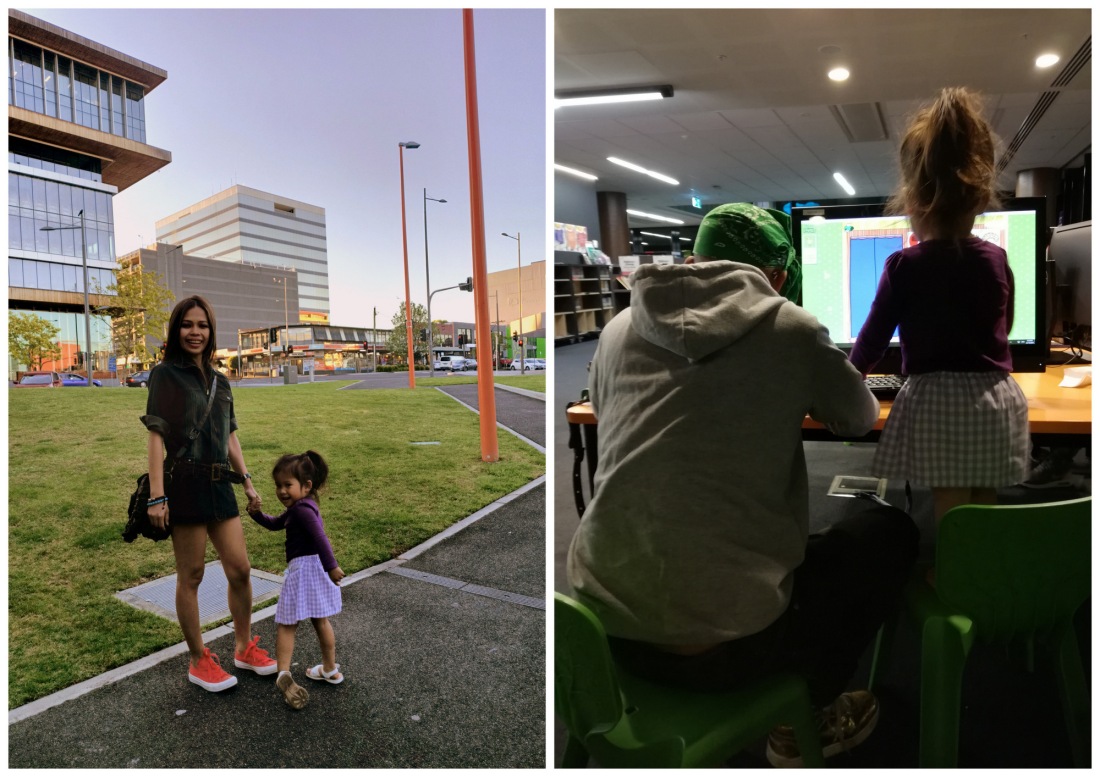 To cap this whole blabbering off, Raven and I spent the rest of the daylight savings at the library while Jeff went out to skate around, as per usual. I meant to read my book. Get me some quiet time for myself but Raven was playing on the computer and I needed to step in and teach her about patterns so she can enjoy the game better so… there you go. That’s what happens after you pop a kid out of your uterus. 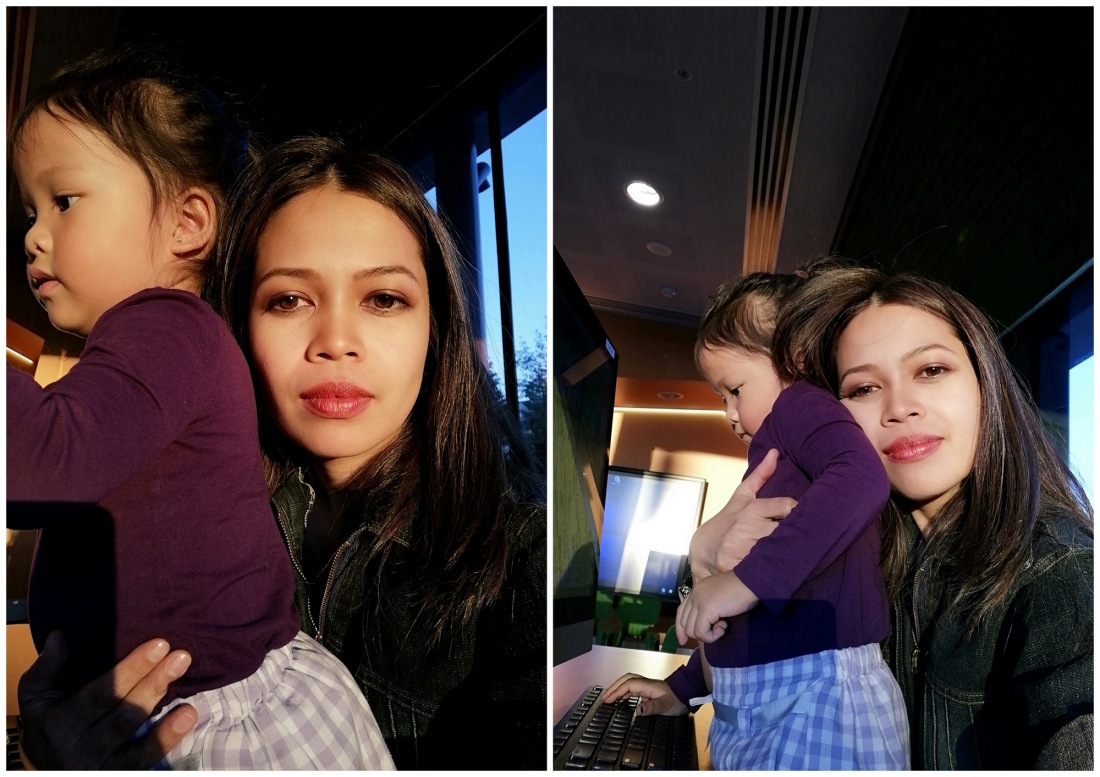 And she wouldn’t even justify my labor with a selfie right during the golden hour when the soft glow of the sunset was casting all this picture-perfect light through the glass because she was too busy with her game. 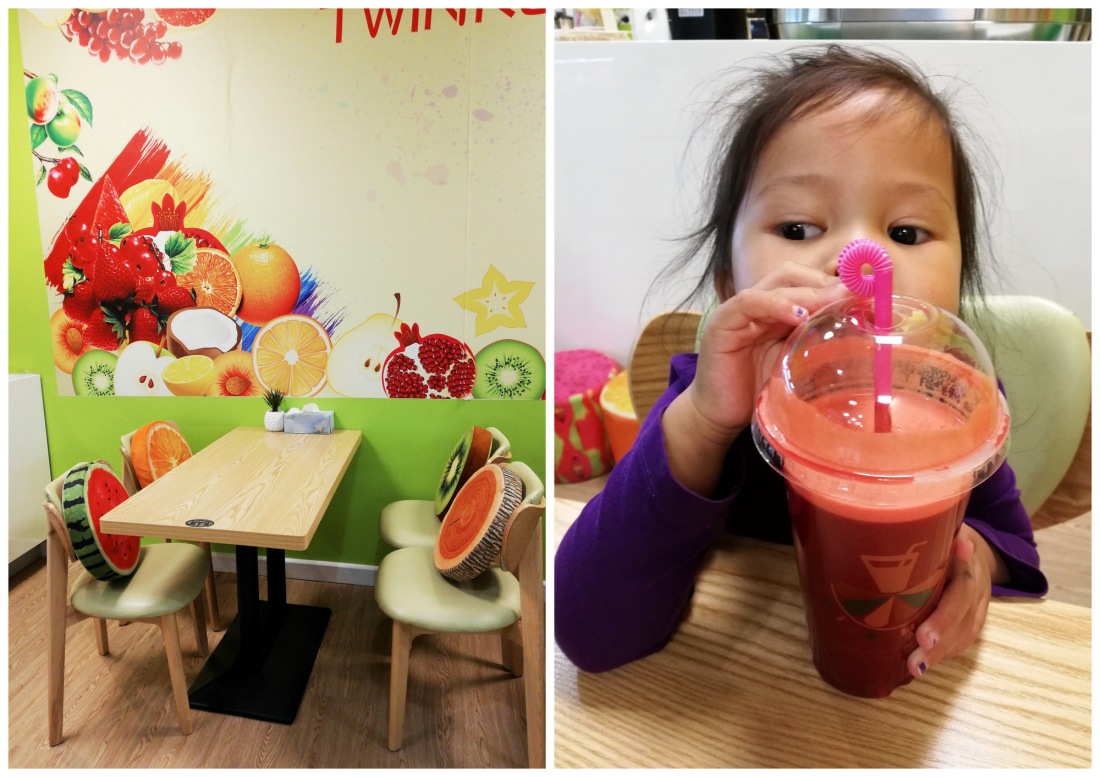 Oh, and some ABC (apple, beetroot, and carrot) juice for her as well because she was asking for some. Don’t you just love the colorful throw pillows?