as loser as it sounds, i’ve never attended a bachelorette party up until last week. i am aware of what society dictates — that at my age, i should’ve been through dozens. but oh, no, last week’s was my first.

i’ve attended a bachelorette party two years ago but i didn’t know the bride or the bride’s friends. i only knew the bride’s bestfriend’s younger sister who acted as the bestfriend’s proxy so that didn’t count. nope. even if i brought home a little souvenir from that videoke party.

not even when i attended the church wedding itself and was present right through the reception. as the bestfriend’s proxy’s friend, i was basically on bestfriend duty myself — to keep the proxy company.

so anyway, like i said, that was two years ago. fast forward to 2012 and here we are. and that’s one of my good friends, jhoy, who got married two days later, with the compulsory bachelorette cake of the male anatomy dressed in a doctor’s white suit. her husband’s a nurse, by the way, so whoever that doctor is, i must have missed the gossip. lol.

i presume all bachelorette parties have games, because we did. the first was to dress up as a bride using a roll of tissue paper. by default, i was the “model” of the group, purely for economical reasons, especially since each group was given only one roll. with a veil wrapped around my head and a makeshift “dress,” if you can call it that, on the verge of falling off me, we were finally declared the winner — only after jhoy stopped laughing over how silly we looked. 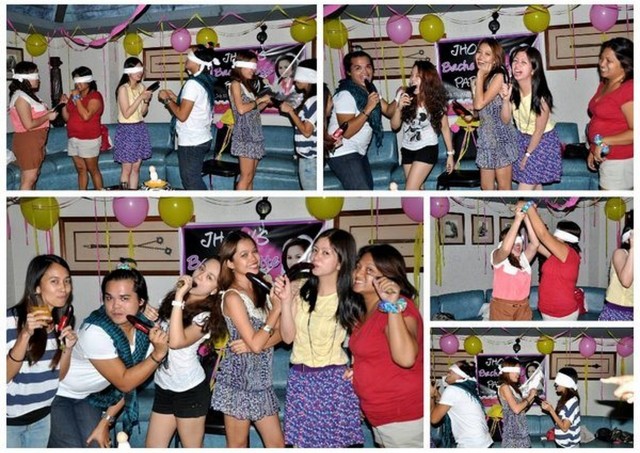 the second game involved eggplants and condoms and leftover tissue papers from the previous game as blindfolds. one held the vegetable while other put on the piece of rubber. both couldn’t see a thing. with vme as my partner, i didn’t expect to win. that girl can make me laugh like a freaking hyena it was hard to take the game seriously. jadi and cari won. even with blindfolds, the game didn’t prove much of a challenge to them, apparently. lol. 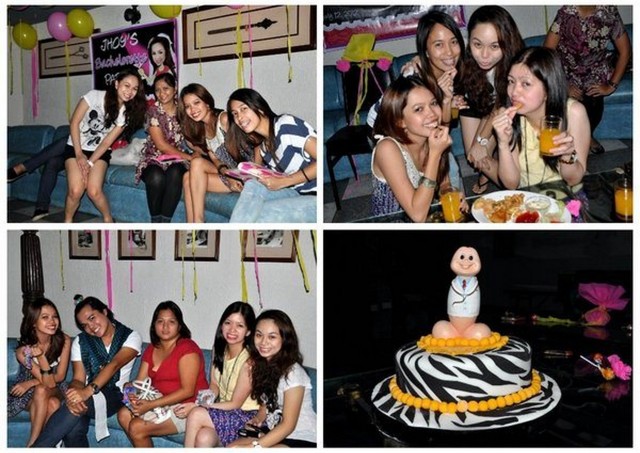 all in all, it was a mellow party. definitely much tamer than the night-outs we had before while we were still working in the same hospital. but nonetheless, it was fun catching up with the girls, eating calamares and fries and drinking orange juice in lieu of the sisig and the beer that once was our staple. boo, we’re getting old. lol. 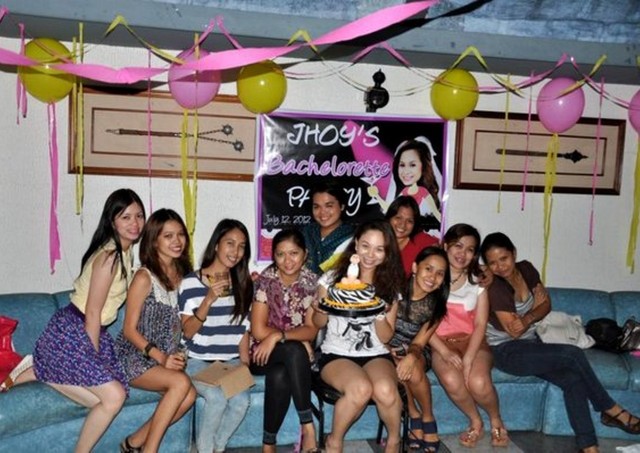 old or not, it’s comforting to know that there are people you meet who will always have a special place in your heart. you don’t have to see them often but the bond that you share will always be there no matter the time and distance. =)