i only know her from the stories jeff told me. snippets of his childhood spent walking and sleeping beside her. tiny fragments of his life shared here and there that opened the door wider to understanding him better.

he went through a lot. but in spite and despite of, she had always shown him love.

she went with him to school. literally sat next to him because, in his own words, he was a little slow. he wasn’t academically inclined, so to speak, and he needed her there to coach him through his subjects.

he recounted how she climbed a coconut tree(!) for him because he wanted some of the fruit. and how, one time, she stole someone else’s lunch of sliced beef loaf so he could have something else to eat aside from instant noodles that was his staple for breakfast. she did odd jobs here and there just for them to survive — fixing jalousie windows, stringing beads, whatever opportunity to earn a little bit of money.

jeff, on his part, would collect tin cans to sell to scrap metal dealers. the proceeds from the sale he would use not to buy toys, but food for them both.

he said they lived a very hard life. their house was made of a short concrete wall on one side and curtains on the other three. they had to stoop down to get inside, into a tiny living space with earth as its flooring.

he tried his best to explain it to me in detail but to be honest, i kind of find it hard to imagine. i mean, i didn’t exactly live in a palace myself but compared to his living conditions then, i reckon i had it pretty good. and that’s an understatement.

“wow, she must have been a very strong woman. it takes a lot of character to go through all of that.”

“you kind of remind me of her, actually,” he said thoughtfully, in a quiet voice embedded with a lot of memories probably rushing in as he spoke.

“really?!” my liver beamed with flattery. “you reckon i have a strong character too?”

“nah,” he replied, giving my liver a good dose of its own bile. “she was a hustler.”

i knew he meant it in a good way so i just let it slide.

we visited her last year in cebu. she was 89 years old then. already a bit slow. that was the first time she saw raven and jeff was excited for raven to meet her great-grandmother, lola marcosa. it was a touching moment to see. she seemed like a really nice lady.

they buried her yesterday in badian. jeff video-called briefly during the funeral procession and it broke my heart to see him crying for his lola like that. more than being his grandmother, she was a mother to him.

i tell him, at least you were able to personally say goodbye. but the words sounded hollow, even to my own ears. the loss of a loved one is deeply personal that nothing you could ever say would assuage the pain inside. words become overrated.

and so with her death, as well as the death of my uncle who passed away the day after she died, once again i realize that life is all about creating beautiful memories for people to remember you by. the words and actions that stem from the goodness of your heart becomes your legacy.

it’s one of those fleeting bursts of epiphany that hits me every now and then, but tend to forget as i get sucked into the motions of society’s daily grind. at the end of the day, i guess it’s not always about the money. sometimes, it’s about coming home to a family you love who loves you right back.

but then again, how am i to know? i’m still trying to figure life out, as it is. 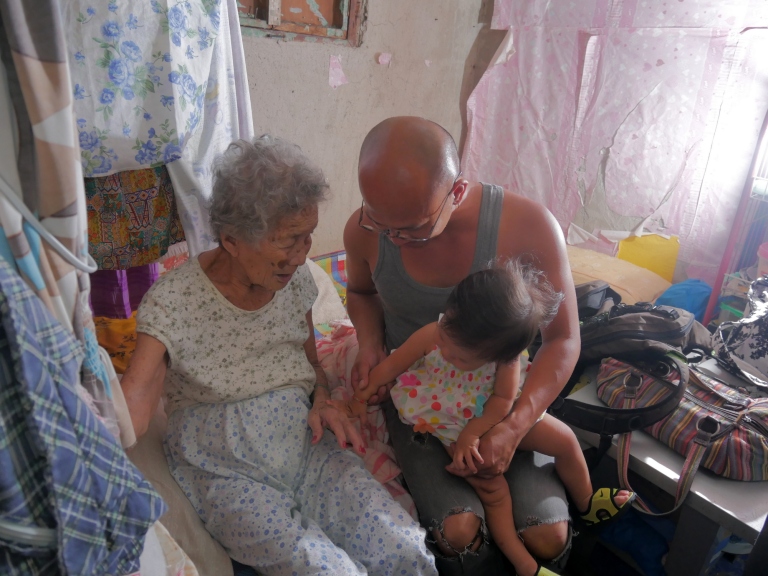 One thought on “lola marcosa”