if brooding was an olympic sport, i swear to god i’d be one of those champion athletes who break their own record time and time again.

as a mom, part of my job description is to worry even though it wasn’t stated in the contract. i’m an overachiever. i go above and beyond, thus how the thinking becomes an obsession. and when it does, all i wanna do is curl up in bed and overthink things out of proportion until i get sick of my own pathetic self-therapy.

or until jeff pulls me out of the depths i’ve fallen into to convince me to go on a joyride. and he’s driving.

which is exactly what happened last sunday, for a genuinely legit cause: raven’s exotropia. the same weekend melbourne was predicted to experience a superstorm that had people scuttling over to bunning’s to stock up on sandbags for the floods that never happened. at least they were prepared. but now that the storm has passed because in the first place it never really happened save for a bit of rain here and there, i wonder what they would do with all that sand.

“come on, get ready!” jeff had been trying to get me to change my mind for almost 30 minutes. dangling keywords that would somehow work as a bribe like a worm wiggling on a hook. i hate worms.

“you know what i could use right now, though?” i said, after like, a million years of dilly-dallying in the warm comfort of the sheets under the pretext of waiting for raven to take a nap when beside me, she’s like a kid on an adrenaline rush. “coffee. let’s go get coffee.”

high on coles dark chocolate which jeff filled with self-serve cappuccino at a coles express petrol station, i sat at the back listening to 80’s music pumping up through his car’s sound system which he proudly installed himself.

i must admit, joyrides and old school music? the perfect combo to chase those clouds away. before you know it, i was singing to starship’s nothing’s gonna stop us now all through toto’s africa and the beatles’ drive my car, amongst all the other songs in that CD.

yes, a CD. can’t get any more old school as that, can you? unless we’re talking vinyls. both of which jeff collects. the perks of having an old husband slash driver.

it was drizzling when we left the house. a bit cold. i wasn’t in the mood to dress up so i grabbed a poncho whose label read “sleepwear” but f%ck it, if i couldn’t stay warm and toasty in bed, i’m going to take the bed with me. or something to that effect. which served its purpose to a T. pompoms and all.

until we got to the city and the sun came out and omigod, i was suddenly being burned alive by my poncho. but i didn’t wanna take it off ‘coz if i did, the wind would freeze me to death. i was confused how, exactly, melbourne wanted to kill me. so the poncho stayed. because i must admit it was f%cking cute as. 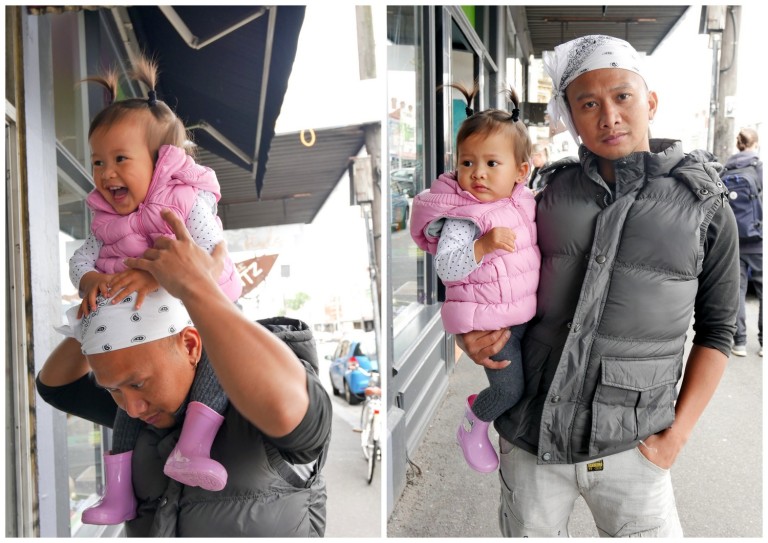 fitzroy is actually a really cool suburb with a lot of hippie vibes occasionally smelling of weed. not to mention the street art i wish i took pictures of but most of them i only spotted on random alleyways while we were already driving away. maybe next time. because for as long as madame k’s vegetarian restaurant is in business, there will always be a next time.

except that at the time, we were 30 minutes early for their afternoon opening. so we checked out this vegan/vegetarian vietnamese restaurant called fina’s down the road instead, where the atmosphere was so hush-hush i felt like i had to whisper in order not to disrupt the sacred silence of the place. it felt really weird. it was like being in a library. they didn’t have any music going, no nothing.

as for the food, the chicken hotpot was alright. it wasn’t the best. i mean, you could tell it was pretty much just tofu cooked in teriyaki sauce so the fact that all i could taste was tofu meant that it was a flop. but that’s only because as a meat eater, i kind of have a standard as to how pseudo-chicken should taste like. and it should at least taste like chicken! otherwise, it’s a no from me.

but to be fair, i’d give it maybe 2 stars. you know, for their effort. 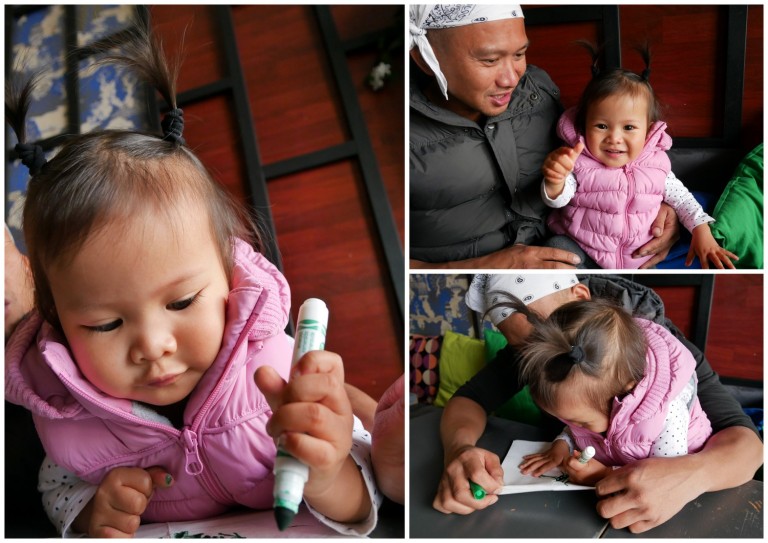 and even though we already ate, what do you know? jeff still wanted to get lamb sliders at madame k’s which was like, 5 or 6 doors down. it was too short a walk to even burn the food we just had but what piggy wants, piggy gets. and piggy always insists on sharing so this piggy had lamb sliders as well. on top of finishing his food at the other restaurant because i didn’t want it to go to waste.

seriously, i reckon i eat more than him. he’s the small, frequent feedings type.

i’m more like the eat, drink, and be merry for tomorrow you shall die type.

you know what i mean? 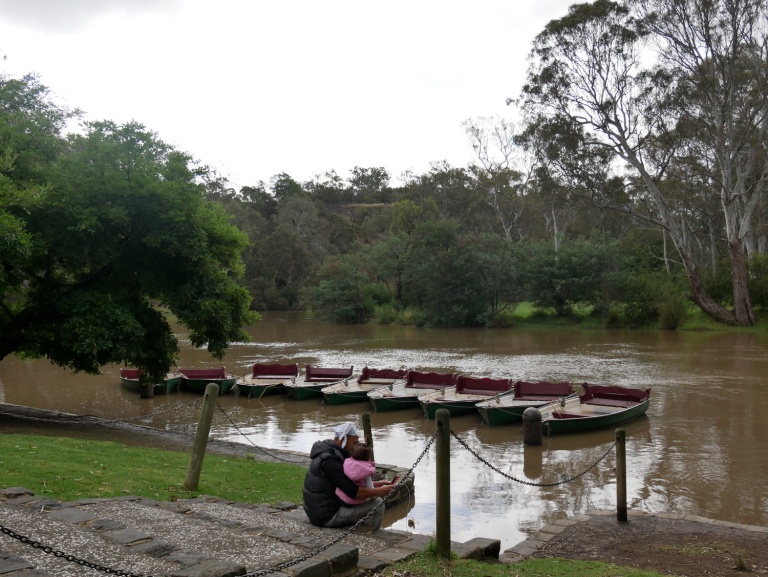 anyway, he took us to yarra bend park later that afternoon, where the murky waters of the yarra river courses through before it loses its identity to the vastness of the sea.

all i can say is, everything was as brown as i was blue. 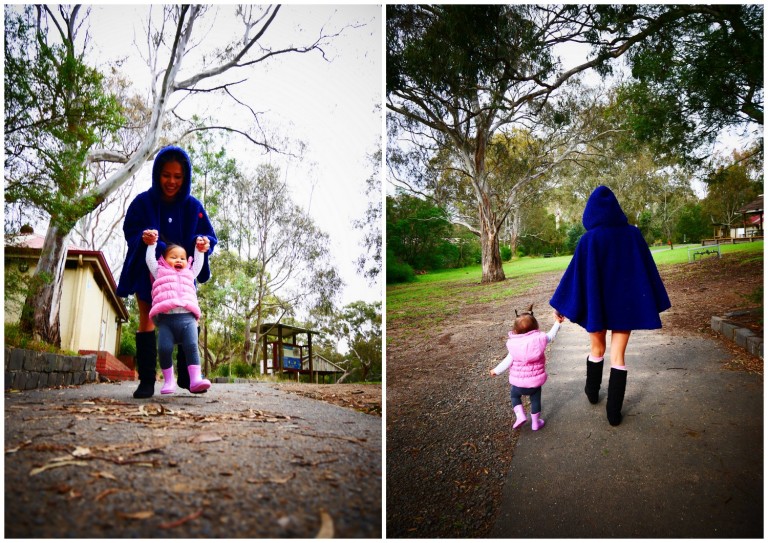 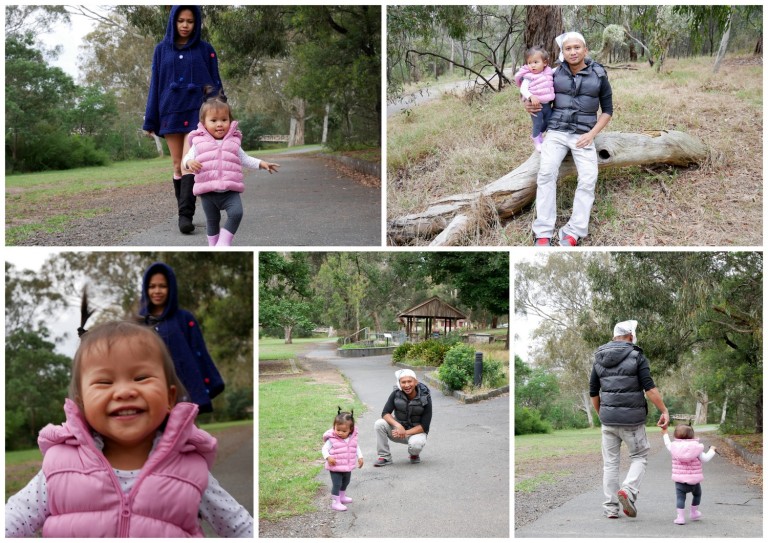 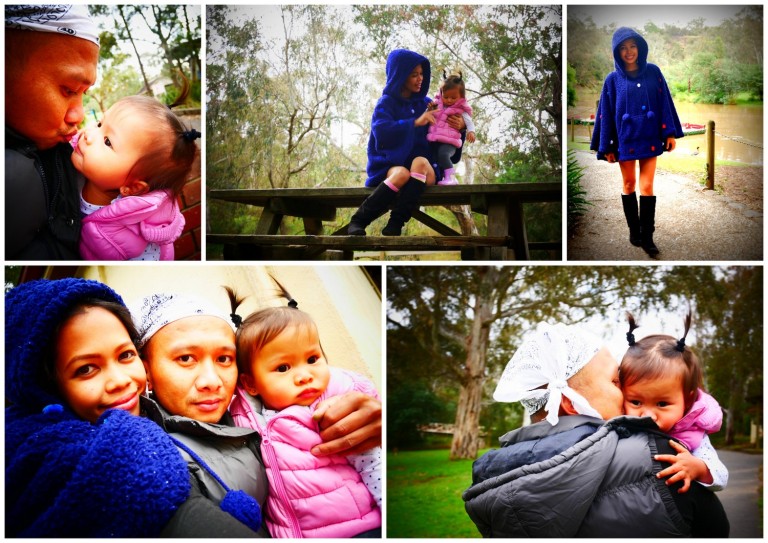 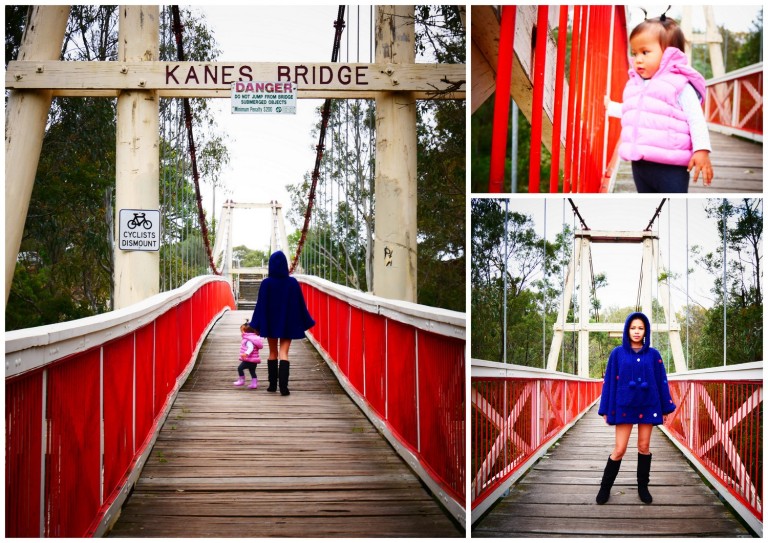