there’s this blog i’ve been following for quite some time now. i like that: (a) she’s from cebu (i think.); and (b) she’s into thrifting. two things i can totally relate.

and now i just added a third reason into the list: SHE DID HER OWN MAKEUP ON HER WEDDING DAY.

i know it’s not supposed to be a big deal or anything because thanks to youtube, almost every girl has perfected their winged eyeliner. how much more the rest of their face? don’t even get me started on this obsession with eyebrows.

but it’s still refreshing to know that some women out there would dare prefer to do their own makeup on their big day. dare, being the operative word.

but besides that, i just found it interesting that like me, she did her own makeup for her own wedding too, albeit for different reasons. which got me pondering on why i did mine in the first place.

i wanted a small, intimate wedding. 30 people max, families included. i fought for that, but lost. we ended up having more as jeff had a lot of friends. but it was cool. so anyway, because i knew it was just gonna be a small, casual one, i didn’t wanna spend money on getting my makeup done for one day. and knowing that it’d be somewhere around the AU$100 ballpark because we had the wedding here australia, converting that figure to philippine peso was enough to give me atrial fibrillation. that’s half the cost of my wedding dress!!!

i guess, the ultimate thing was, I WANTED VALUE FOR MY MONEY.

so you know what i did?

when i went back to cebu to process and wait for approval of my fiance visa, i enrolled in jessie glova’s makeup class. i’ve always been vain anyway so why not learn that shit for real and have that knowledge stay with me for more than one day?

i found it so much fun. i was eager to go to class, even if the class schedule was pretty erratic, depending on jessie’s availability. but omigod, it was probably the most creative time of my life! i especially loved looking at the colorful swatches on my hand that at the end of each class, i purposely did not bother wiping it off because it was like my version of a star stamped on kindergartners’ hands at the end of the day. i was proud of it.

it was also fun having my makeup done in the process. even if it was just half of my face so i can recreate the same look on the other side. one time, i had to cut my class short and rush to the emergency department to look after my niece and i was so worried i didn’t even have time to remove my makeup so one eye had this fabulous dark smokey makeup while the other was, well, pretty much nothing. i probably looked like i myself needed to be admitted to the psychiatric department! 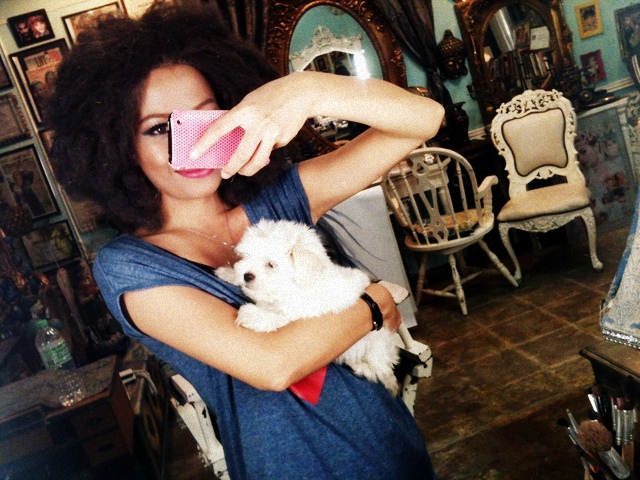 so, anyway, yeah, it was fun. (gawd, how many times do i keep saying that?!) i learned a lot. i even blogged about it: 3 THINGS I LEARNED FROM MAKEUP CLASS.

and of course i had to kind of look at it at a deeper perspective too just to prove to myself that i’m not only vain, i can be a fucking philosopher too. vain with a brain.

okay, now where was i?

so, yeah. the reason why i did my own makeup was ‘coz i was too cheap to hire a professional makeup artist. lol. i’m actually quite happy with my work. i mean, it’s my face, obviously, so i can’t complain. leading up to the wedding, i admit i didn’t even do a practice session. that bit i kind of regret because it seemed very cocky for a noob such as myself to just go, “yep, it’ll be alright. i’ll wing it!”

i did wing it. (not the eyeliner because for the life of me, i could never get it right on both eyes at the same time.) but thank god i didn’t massacre my own face because that would’ve been totally humiliating. it was kinda stressful, though. i’ll give it that. but nothing that selena gomez’s the heart wants what it wants on eternal replay can’t handle. i focused to that song like a chanted mantra to calm my mind and my nerves. it worked.

i reckon i looked okay. not exactly dolled up to the highest power, but okay. which is fine with me. i’m just your regular chick anyway.

this is the best picture of me that i could find. the rest were mostly blurry. because not only did i not have a makeup artist, we also didn’t have a professional photographer. we simply entrusted jeff’s cameras to designated folks and hoped for the best. we were so bad. or should i say, so broke? hahaha.

sometimes i wonder why we even bothered with a ceremony.

if you do decide to do your own makeup, i would suggest doing a test run, though. at least a hundred times until you feel confident enough to do it. and once you get your confidence, i pray, for your sake, that you don’t grow a red, juicy pimple on that special day. ‘coz that would totally suck.

just take good care of your skin so you wouldn’t need to pile on a ton of foundation. keep the rest minimal.

7 thoughts on “yep, i did my own makeup on my wedding day too.”