a duck cuts through the stillness of the lake on a mild friday afternoon.

and there i was… wrestling with the fucking polarizer because i can’t see shit with all the freaking backlight, complaining about how that little contraption attached to the lens messes up my photo while behind me raven is sleeping and jeff is justifying its use and how it makes the pictures a hundred times better(!) and that i need to learn to embrace it because the devil is in the detail it creates.

i love photography. i haven’t done much shooting lately and i do miss it. but it’s kind of hard when i’m trying to get the perfect angle with one arm strapped to the baby stroller’s safety grip so it wouldn’t roll away with my kid in it. trust me, i know what i’m talking about. i tried it one time at hosier lane. see if i was capable of multi-tasking. the physical limitation alone left me with a sore waist from all the contortions my body was forced to do —  all for that picture-perfect shot. which turned out blurry anyway.

after that, i just order jeff around to take photos of the things i want him to take which is fun in itself too. except when i ask him to take a picture of me and i look dumb in it and i whinge and he comforts me by saying it’s okay because it captures the real me and i’m suddenly like, wtf?!

but on this day, i decided to take some photos, stopping every now and then to appreciate the beautiful scenery around me before pressing the shutter button. automatic setting, of course. i was using jeff’s camera and the polarizer was still a bitch but it was a bitch i was starting to get friendly with. birds of the same feather, so they say.

the view of the lake is the kind that induces poetry inside you: sun’s out and the foliage is mirrored on the water and you just wanna sit down, breathe it all in, take out your pen and paper and write a lyrical description of what you see and what it’s making you feel right to your very soul.

in my case, i just wanted to whip out my clover amour hook and happily crochet my life away. #don’tjudgeme #newaddiction #officiallyagrandma

you know what else i discovered?

there are actually turtles in the lake! that amazed me because… really, turtles?

i realize there’s so much i don’t know about the creatures below the surface. the ducks, i see. the dead bodies… omigod, let’s not even go there.

the park is actually a nice place to go for a jog if you’re one of those people who’s into: (a) fitness; or (b) making new year’s resolutions of going to the gym but never taking the time to bother signing up because they’re freaking expensive especially when you hardly make the most out of it because you’d rather stay home and eat.

i, myself, am not really into fitness and my mostly unused gym membership recently expired BUT yesterday i bought this really cute cotton on sports bra so it looks like i might be dragging my lazy ass for a walk soon to give my $10 purchase some form of justice. it was on sale. and, yes, i’m going to go for a walk every day from now on, rain or shine. no excuses.

while we’re on the subject, i should tell you about that time i bought myself a fitbit. for my standards, it was freaking expensive, mind you. i used it maybe 1 month, max. while it did kind of inspire me to take more steps on a daily basis, having that thing on my wrist ALL DAY LONG was like wearing an alcohol monitor. you know what i mean? i don’t know how to explain it but at some point, i felt like it was choking me. psychologically, it was stifling, suffocating, smothering. you name it, i felt it.

as to why i don’t wear my wedding ring… i keep forgetting, okay?!

(for the record, jeff doesn’t wear his either. the reason being it’s dangerous considering his line of work. or so he says.) 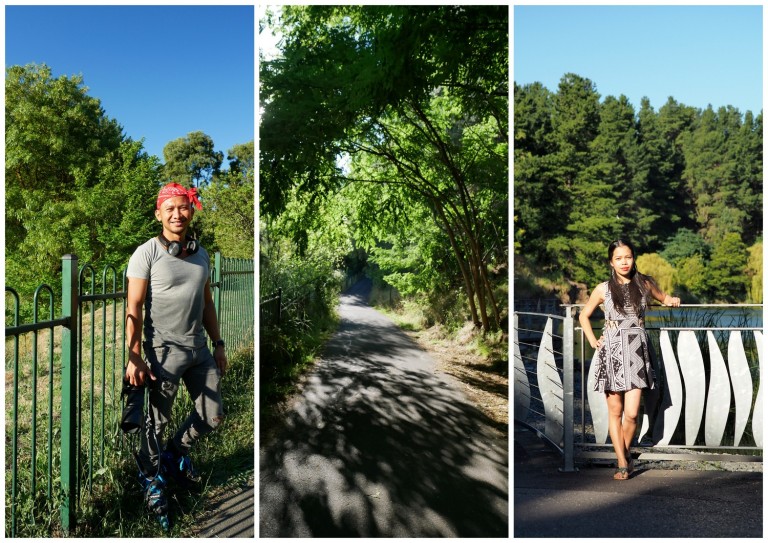 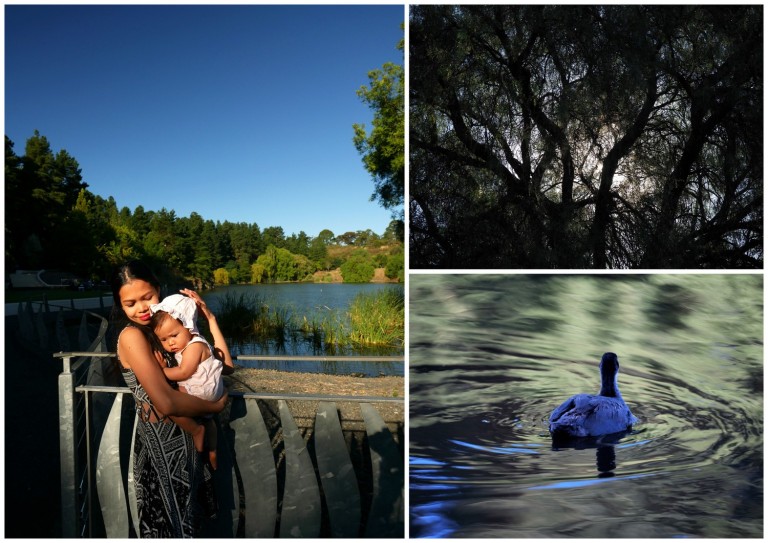 on this day, raven turned 9 months old and each day, our love for her grows more and more. not to brag or anything but i think she’s a really smart kid. whenever i say “kiss mama,” she goes and plants a wet, sloppy kiss on my face. the first time she did, i found it so adorable i kept asking her to do it over and over again. also to check if it wasn’t a one-time coincidence. it wasn’t. she really does understand. so now el2 and jeff play the same game with her and she responds appropriately when she’s not distracted by, well, everything else.

as her mother, i feel like a proud dog owner whose puppy just learned to follow a simple command and it’s all because i taught her well.

next up: training her to roll over.

no, wait, she did that already. by herself! so, hmmm… jump through hoops, maybe?