yesterday was one of those days where everything was just blah. i’m not exactly a ray of sunshine on a daily basis but at least i’m not as dead as i was yesterday, either. i don’t mean that in a morbid sense. just that, you know, something wasn’t right and the sadness was palpable. it’s hard to explain but i wouldn’t readily label it depression because… i don’t know. i just know it isn’t.

dragged myself to the gym. went through the motions. thought a bit of sauna time would lift me up but ended up sitting there for 2 minutes tops before i realized i missed my baby so much that i would rather go home to her instead.

sure enough, she brought out the joy within me that was timidly hiding in the corner. watching her and my husband sleeping is more than i could ever ask for in life (with the internet and warm water already being taken cared of by jeff). my whole world in one queen-sized bed.

and you know what? it’s okay to feel sad once in a while. happiness isn’t really guaranteed. if anything, a little bit of sadness every now and then makes you appreciate the things that make you happy. a defibrillator that jumpstarts your heart again for it to beat a little more passionately for light and life in spite of the occasional darkness.

sometimes you just have to actively look for it.

indeed, i am blessed to have such a wonderful family. both my family of orientation and my family of procreation. (amazing how i still remember these terms from ages ago.)

skyped with my parents yesterday and it was so nice to see them interact with raven even if raven couldn’t exactly interact back. i know they love their grandkid so much and their smiles and their pride showed that. they keep saying i should just leave raven with them in cebu so they can take care of her and i can concentrate on working full time but i doubt jeff would allow it. she is such a daddy’s girl.

proof of that are these photos i took of them during his lunch breaks, where he considers sleeping with raven his dessert. i love looking at them in their sleepy state. it fills my heart with love and gratitude to have such a wonderful partner who happens to be an equally wonderful father.

oh, and raven’s first word yesterday at 5 months old? MAMA. although i can’t really be too sure because as talkative as she now can be, it’s pretty much all just babbles of “mamama.” she says “papapa” too along with other incomprehensible syllables but since i’m writing this, i declare MAMA her first word. because i said so. 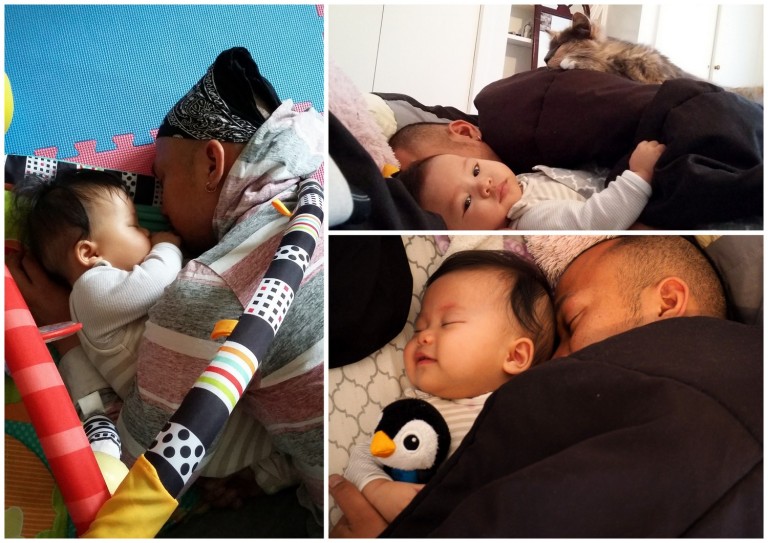 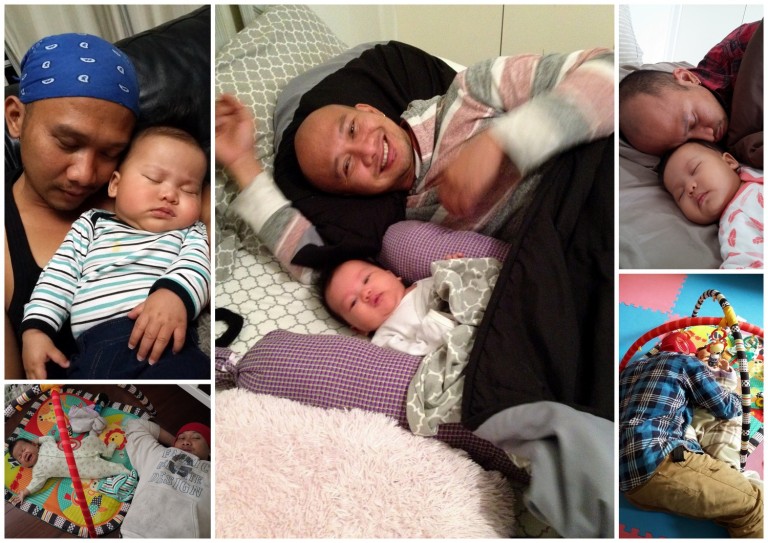