today is australia day here in australia. (well, duh!) celebrated annually on the 26th of january, it marks the anniversary of the 1788 arrival of the first fleet of british ships at sydney cove in new south wales, as well as the raising of the flag of great britain at that site by governor arthur phillip. (wow, wikipedia seems to know everything!)

i don’t know how it was celebrated in melbourne city but i reckon it’s probably so much more grander than the one we had here in dandenong, which is this suburb about an hour’s drive southeast from the city. but anyway, yeah, jeff took me there today to see what the fuss was about. to be honest, i didn’t really wanna take the drive all the way to the city so i was happy to come along and see the festivity at dandenong park, which is just about 8 minutes away from where we live.

it was basically a fair with shops here and there, as well as some activities for the kids. and adults too, as well. a lot of people turned up for the celebration; many of them holding australian flags when they’re not holding fairy floss on sticks.

looking at the diversity of races there, it made me realize once again that australia indeed is a melting pot of all kinds of different cultures. the stereotypical description of australians as white european descent no longer applies because i’ve seen and/or talked to germans/cambodians/chinese/filipinos/vietnamese/turkish/greeks/sri lankans/etc. who may look the way they are but are actually australians, you know what i mean? 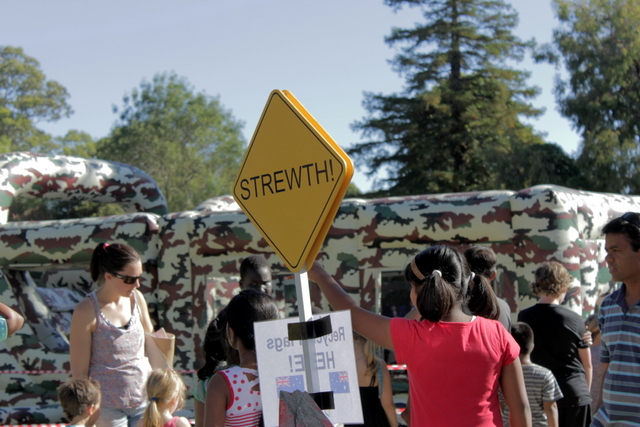 majority of the aussie stuff i’m learning from jeff. today was my first encounter of the word strewth which, the way i understand it, is kind of like cussing. it’s something you can definitely use when you’re upset. although i reckon i won’t be using that expression for a long long time because to be honest, i don’t really understand what it truly means — unless it’s also a vague way of saying “bloody hell!” 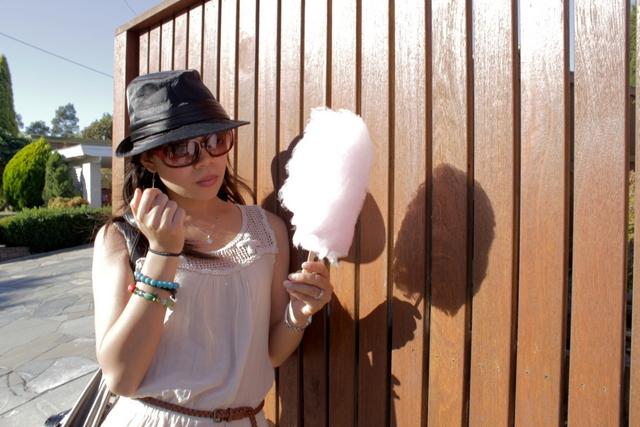 australia day is when you celebrate being an australian, which means being able to do what you want to do that makes you happy.

either the guy had an epiphany or it was just a very good (and very effective) rationalization to support the main thing he did today — fly his quadcopter. if that made him happy, well and good.

because while he was doing his thing, i was happy reading my book too. fair enough. =)