there are lots of things to see and do at one’s local fair without busting your life savings like you would in an uptown casino. sure, there’s no unlimited supply of coffee and instead of lush carpet fabric embracing your footwear, you get the warm welcome hug of dust all over your favorite ipanema slippers when the guy behind you is not stepping on it. 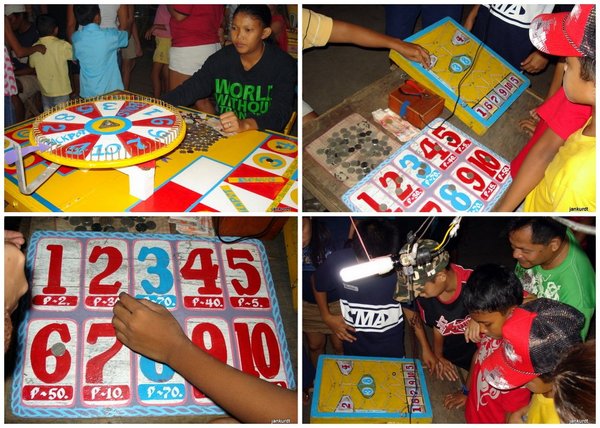 at the local fair, you get to see people from all walks of life enjoying the night of some saint’s feast day throwing coins on improvised games of chance, wishing lady luck was on their side even if the lady with bloodshot eyes and a bored face sitting behind the table doesn’t look like the type who gets lucky. ever.

but if you don’t mind the heat and the dust and the crowd and the noise, it’s actually fun to watch this kind of world that only exists once a year in your hometown. the balloon men and women are my favorite because i love the colors and designs which can be anything from winnie the pooh to sponge bob to ugly plastic dogs. a far cry from the boring red and white helium balloons that i had when i was a kid.

but, of course, my all-time favorite thing to do at the perya is the shooting game, where i get to shoot yellow plastic duckies with a pellet gun. however, when my sister and i went two years ago, the fat ducks were gone. taking their place were miniature plastic soldiers the size of toothpicks which were harder to shoot, not with the distracting printed cloth with bright mickey mouse heads at the background. but that didn’t stop the girl from unleashing her killer pose, though. james bond would love to have her on his team.

in 2009, i told myself that that perya experience was enough to last me for years and years to come. i went out of nostalgia. i saw the changes and that was that.

fast forward to 2011 where once again i found myself in the middle of talisay’s festivities. this time, i was with my friends. it wasn’t really different from the last time i was there. except maybe for the crowd, which was like, a million times more than last last year’s. i didn’t even get to shoot some ducks or soldiers or whatever because the place was so swamped i couldn’t see anything beyond the people standing in front of me. didn’t get to gamble either because all the tables were occupied. everyone there had money to burn.

and the beach? well, let’s just say that from the looks of it, it seemed as if everyone was sitting there on the shore waiting for some grand fireworks display or a movie or something. like i said, really crowded.

so we did the next best thing — we hit the different food stands. there was kwek-kwek and fish balls and squid balls and tempura and cotton candy and what-have-you. yum! 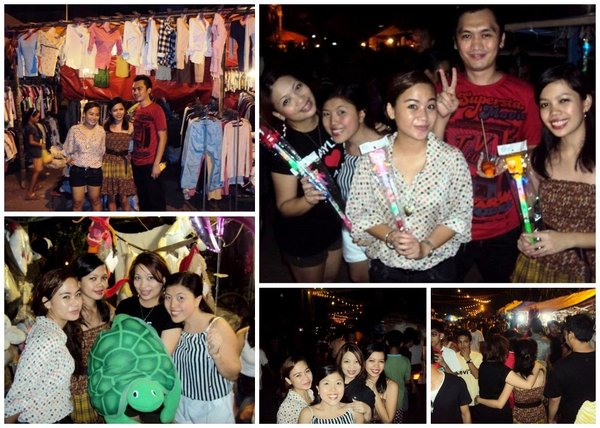 all in all, notwithstanding the pain in my calves, it was a fun night. another perya experience that i got to share with my friends. 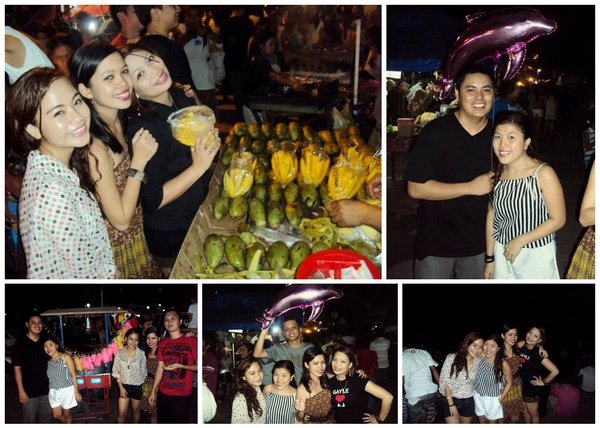 and guess which lovebird received a dolphin balloon from her boyfriend? haha. cute! =)

4 thoughts on “perya. fair. carnival. whatever.”