Jeff literally had to pull me out of bed. I just wanted to sleep in, Raven’s gymnastics be damned. (Sorry, Raven.)

Of course he wanted to go. It was such a nice sunny day outside and with me on board, he can go off duty to go skating at the newly-built skatepark just outside Endeavour Hills Leisure Centre.

The moment I stepped outside, the first thing I noticed was the smell of burning and the thick gray fog blanketing the sky. Australian bushfires. I asked a co-worker and she said there has always been bushfires so it’s really nothing new. People blame it on climate change when they’re not blaming it on the Prime Minister but it has always been there all along. It’s a natural phenomenon (when it’s not caused by arson). It only got worse when the Indigenous people were banned from back burning, which is the practice of burning vegetation under close supervision to avoid overgrowth and to lower the risks of a major fire in the future.

“Bushfires are necessary because the heat cracks open the seeds in the ground which allows them to grow,” Jeff explained. A profound statement that had me translating its meaning into the deeper aspects of life — grief, being one of them.

There’s a bushfire raging inside me. 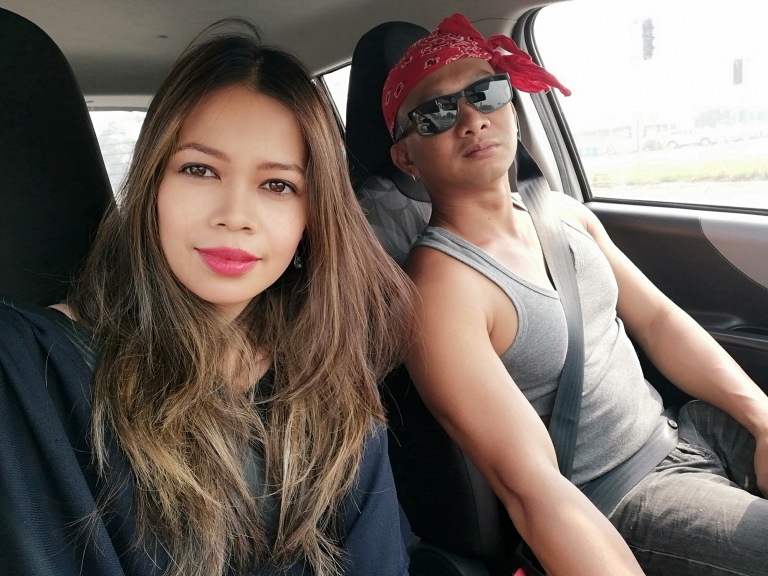 It amazes me sometimes how he can sound so wise one minute and… um, highly intelligent the next. (Why, what did you think I was gonna say, Jeff?)

At any rate, the dude sure knows how to tuck in his tummy at opportune moments when I take the time to include him in my selfies. He even does the whole I’ll-pretend-I’m-not-looking-but-look-at-me-I’m-still-cute pose and I’d be laughing, “What the f%ck, Jeff?!”

Something I may or may not totally be guilty of as well but I’m a hypocrite. There, I said it.

Gymnastics on this day was really fun. Mainly because there were only three kids there — two were brothers and sisters which meant there was only one other mum present. The instructor who was filling in for the regular who was on holiday in Bali seemed really nice. She was very cheerful, considering that it was only 10:30 in the morning. Her disposition was contagious. Soon, I found myself doing hula hoops with Raven and loving every twirl of it.

Modesty aside, I’m really good with hula hoops. I had to show off to Jeff, hooping for a really long time and pretending to yawn to show him I was getting bored because I could go on forever. The dude wasn’t that impressed. Maybe if I learn to blow fire while hula hooping, I would get a more enthusiastic “Wow!” from him, at least.

As excellent as my skill in hula hooping is, that’s not the highlight of the morning. The highlight of the morning was when Raven’s shorts fell all the way down to her ankles mid-jump on the trampoline. It was soooo funny I kind of peed in my pants. She and I were both laughing so hard because it was the funniest thing! Thank God this kid has a sense of humor. I let her carry on in just her undies while waiting for Jeff to bring her spare skirt in the car.

For the record, she chose her outfit. I give her that freedom now, even though some of her choices make me cringe inside. She has a lot of really nice clothes that I am praying she would have a good sense to wear but until she actually does, I am going to choose my battles wisely and let her enjoy her sartorial autonomy. 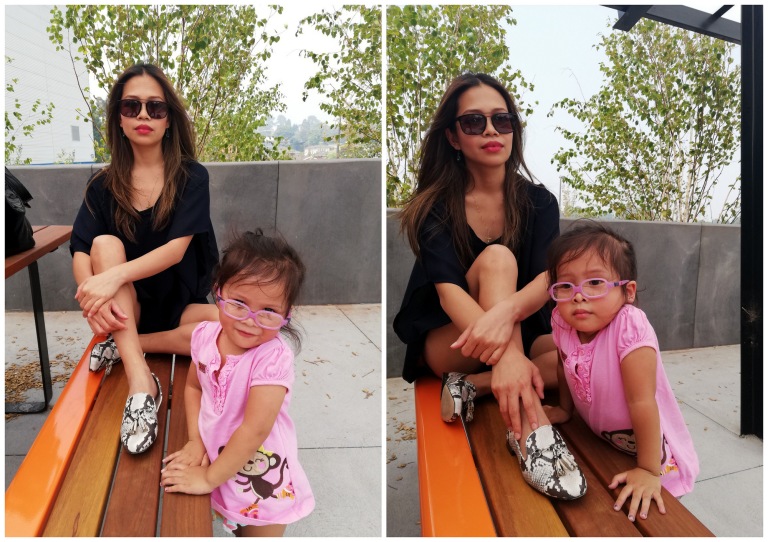 Speaking of humor, this is her trying to ruin my “blogger poses” with that adorable face. I’m trying to get her to wear her glasses now. Thank God the ear tips I ordered from Amazon arrived later that afternoon. It’s perfect. Now her glasses can finally stay in place. Yay!

Ended the day with this bag-decorating activity at the Plaza. I was supposed to take her to the library but we spent most of the time in there. She was busy sticking stickers and drawing on her bag. I was quietly studying my oracle cards while observing how hyper one of the staff sounded like. I honestly thought she was running on Red Bull.

Turned out to be blue Powerade.

I think my intuition is slowly kicking in.