“i have a right to take a sh*t!” he said, in a volume and tone that was a tad notch stronger than i liked.

but you have the moral obligation to hurry up!, i replied in my head, as well as a whole bunch of other arguments deemed worthy in an ethics class. but i couldn’t get the words out. like clumsy people bumping into objects in front of them, i find that i always trip and stumble with the words that are right at the tip of my tongue. so i just glared at him, let my eyes do the talking. they said, you gotta be f%cking kidding me.

it was 8:30 in the morning. we were scheduled to see raven’s bone doctor. her appointment was at 8:30. my blood pressure was high and my blood sugar low from running around and getting everyone ready just so we could all be there on time. raven woke up at the last minute so that meant milo cereal on the go for her. yep, i know. mother of the year award.

i wonder how mothers with 5 kids ever get out of the house at all. i’m struggling and i only have one husband. 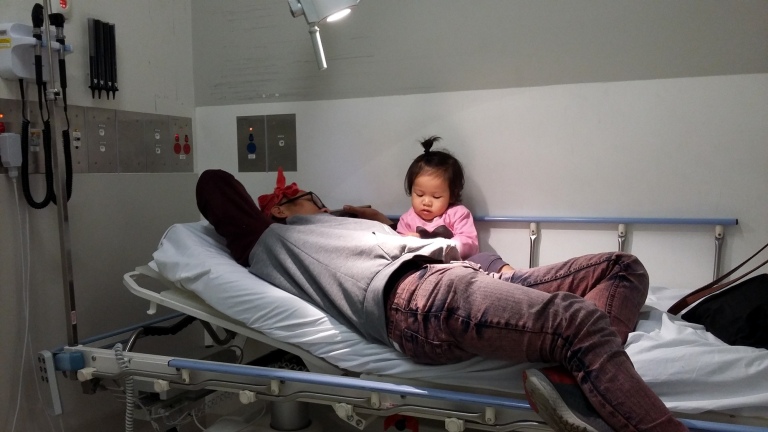 raven sort of fractured her right lower leg two weeks prior. nothing biggie, except that she couldn’t really put her weight on that leg and always insisted on sitting down while bossing us around to bring her her toys after she must have slipped and fell on the lounge room floor.

must have, because jeff and i were in the kitchen when it happened. we kind of just put the pieces of the puzzle together — tears, tiny body lying on the bamboo flooring, a piece of mandarin and a lot of mess comprised mainly of toys somewhere close by — and relayed the information to her physio the next day who decided to put a splint on her calf to keeps things nice and steady for the next 14 days before they see her again for her follow-up checkup.

toddler’s fracture. never even heard of that before and i’m a nurse. but then again, i’m also probably the kind of nurse you wouldn’t wanna consult with regards to your cardiac health by asking me to read your echocardiogram for you. but if you wanna know specific details on what actually goes down during a colonoscopy procedure, this sister has got you covered.

her walking around the house with her splint on was so sad but at the same time, it was so cute! of course, it looked worse than it actually was and my parents were freaking out over it, calling me on viber and giving me instructions on upping her calcium intake and making sure that she doesn’t climb on furniture and stairs and why the heck am i not giving her formula milk?!

this kid is so well-loved. she truly is.

when everything was said and done, the bone doc gave her an all-clear. said the fracture, if that, was so tiny to begin with. plus, kids are better at healing their bones compared to adults so it was all good. we were in and out of his room in 5 minutes, tops.

later that day, raven and i hung out at the library. jeff joined us after his usual round of skating around the streets of dandenong. and surprise, surprise, an art session was to be held in one of the rooms at the time so we decided, why not? we were there already anyway. 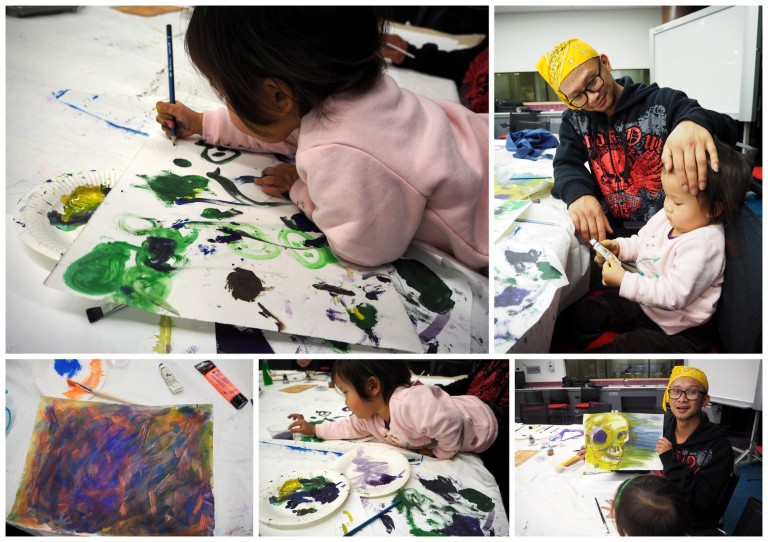 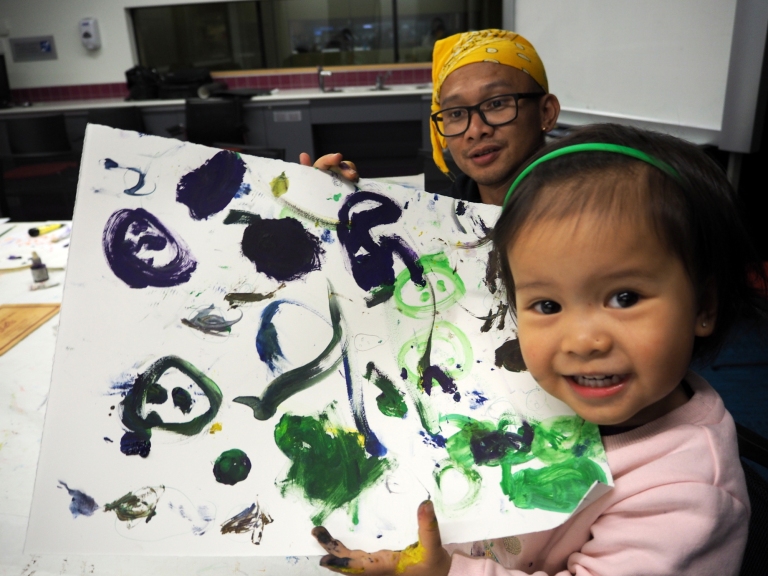 it was a nice family bonding as mostly it’s usually just me attending art courses with the hopes that it would ignite my creativity so i can douse whatever tiny flame it creates with petrol. get some serious fire going. i’m desperate. i’ve been so uninspired lately, you have no idea.

but, hey, i’m still here. some things you just have to fight for — freedom, self-expression, and sometimes even the shit you argue about in marriage. literally and figuratively.