the nice thing about living in australia is that there are plenty of parks everywhere. not all parks are created equal, though. sadly, the one in our street is too small and the playground facilities definitely need some upgrade. but at any rate, it’s still good that it’s there and it’s just about 5 or 6 houses down. it’s not the best but, well, what can you do?

one of my favorites (for raven, of course.) is the dandenong wetlands. the first time i was there, it was to accompany jeff on his shoot. his client wanted to propose to his girlfriend and if memory serves me right, it was where they had their first date or something. so while jeff followed them from afar, snapping photos here and there, raven and i got busy in the playground.

it was a nice sunny day. a bit chilly, but it was alright. and because we were there around 2pm, we had the whole place to ourselves. meaning, i wasn’t too OC in following her around in case she gets bullied by other kids or something happens and i’m not there.

which is one thing that really scares the daylights out of me, as a mother — bullying. which can come in all shapes and sizes, subtle or otherwise. and god bless her, she’s a very tiny kid with such a big heart. i swear, it would kill me if somebody ever hurts her, or tries to. i know it’s a crazy world out there and i know i may not always be there to protect her but right now, during this stage in her life where i still can, i will.

i got her back. 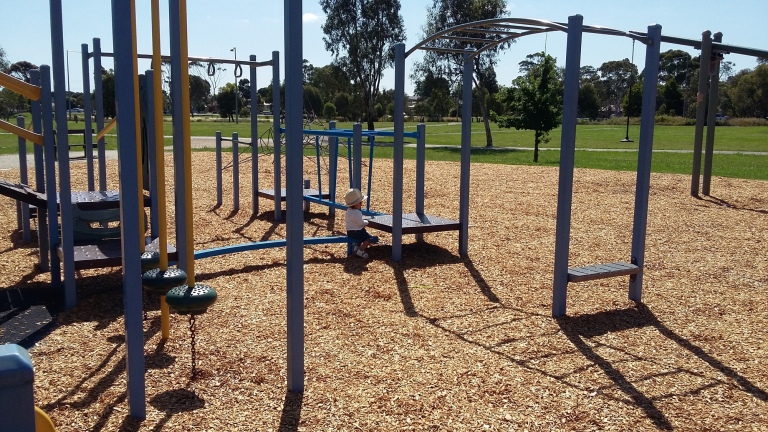 last friday, we took her to a different park. a skate park with a bigger playground at a time where a lot of kids were around — both the younger and the older ones. which meant that she had to share or wait for her turn or give others a turn.

it’s amazing how much socialization skills a child can learn in the playground.

but at the same time, it also left me confused as to what messages i’m unconsciously sending to my kid. like, when she was sitting on one of the bouncy rides and a trio of older boys asked if they could use it, i smiled and lifted her out so they could continue with their pretend-play of being pirates looking for treasures.

both of us stood at the side waiting for them to finish and i wondered, “am i teaching raven to be generous? or am i teaching her to be a doormat?”

it’s a tricky situation and i wish i know the right way to deal with it but i don’t. truth is, i would’ve done the same thing if i was a kid. i was one of those who stood in line to patiently wait.

as a mother, it is my duty to protect my child. i’m very shy myself and prefer to stay out of trouble by keeping quiet but if push comes to shove, i know i’m gonna need to step up. if not for me, then for her.

but i choose my battles wisely. if it’s something that’s not worth the drama, then i’m not one to prove a point just for the heck of it. hopefully, in the future, she can use that lesson to her advantage too.

it’s nice how mothers seem to band together at playgrounds, even though it’s just a smile to say “hey.” unless the kids are old enough to not warrant close supervision, it’s pretty hard to sustain meaningful conversations with each other as we have to chase the little ones around or focus our attention on whatever it is they are climbing on to. but i know we know we’re all there to look out for each other’s kids as well. it’s a weird vibe, like we’re all tuned in to this certain radio frequency.

or maybe it’s just me, gently coaxing another kid to a safer area so she wouldn’t fall. my other eye locked on raven at the same time.

but then again, this other mum was kind enough to hold on to raven as she went down the slide as well while i was at the top so, no, i don’t think so. my gratitude was at an all-time high as i took raven from her arms when i finally got to the bottom. she had picked her up and carried her to me. she didn’t need to. i was touched.

in pattie fitzgerald’s ‘tricky people’ concept, she says that should your child get lost or need help or something in public, teach them to approach mothers with prams or kids as they’re bound to genuinely help or show concern for your kid. i agree.

speaking of, i highly recommend you give her concept a read. i don’t know if she has a book about it but i found this article online and it’s something every parent should orientate themselves with regarding kid safety and how ‘stranger danger’ doesn’t exactly work considering how a lot of predators and child molesters are people who are actually known to the kids.

gawd. all these things we need to think about as parents, hey?

but on a lighter note, do you ever find yourself watching your kid play as if it’s the most fascinating thing in the world? 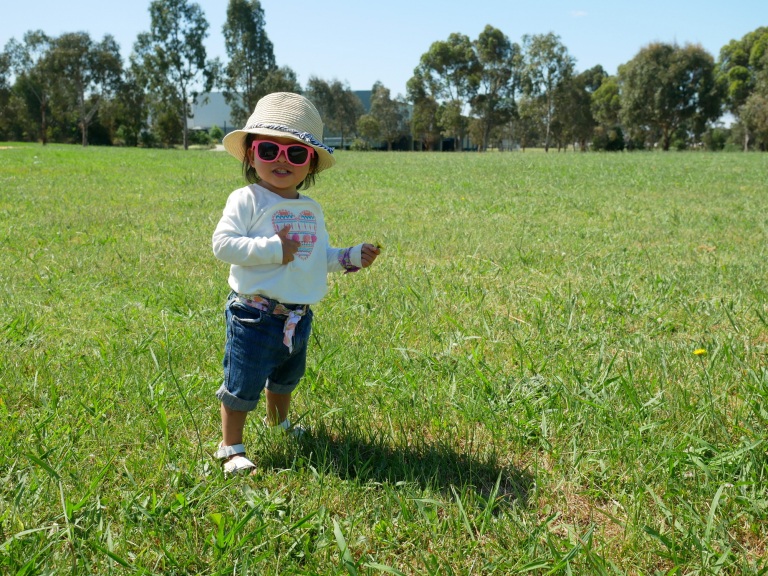 oh, had watermelon and strawberry juice at juice engine earlier on this day. a very healthy cafe, i might add. think fruit bowls and acai stuff and whatever it is that very health-conscious people eat. just reading their menu felt like my body was already going through detox! we only had the juice but next time, maybe we should come in for a ‘proper meal.’ however you wanna interpret that.

the reason i’m telling you this is that one of their staff saw jeff skating around while holding raven and thought it was cute to take a picture of them. she asked for our permission and we didn’t see any problem with it, as long as she kept her word to tag us on instagram.

social media… another parental debate. it never ends, does it? 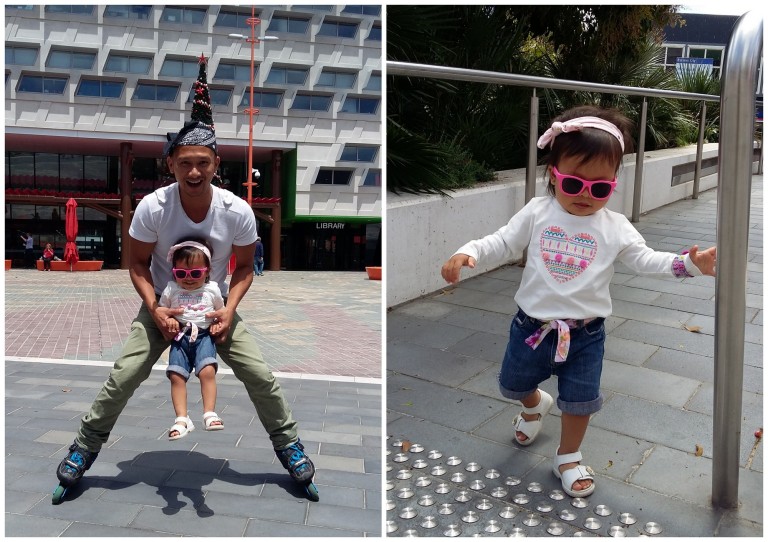 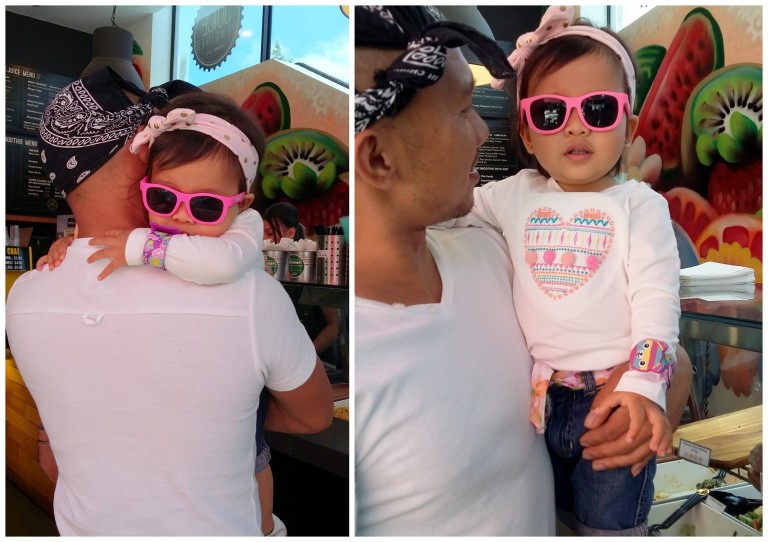