i was there to look for tea. sure, i found what i was looking for but i discovered a few other things as well. such as: sassafras is spelled with two s’s in the middle and only one at the end; and as much as i love how that name glides smoothly off my tongue, i doubt people with lisp can say the same thing and would probably hate me outright for saying so.

seriously, it is a pretty name for such a pretty town.

aaaand… they have this really cool toy shop selling all these one-of-a-kind toys that don’t spell plastic but are synonymous to expensive. but then again, they seem to not be made in china so quality-wise, you get what you pay for, i guess. it just so happens that i can’t seem to justify spending around $30 on toys that raven might only dabble with for 10 minutes before moving along to something else, although i didn’t seem to have that issue busting $150 for a scooter and another $80 for a helmet so as far as principles are concerned, i’m about as inconsistent as you can get.

the said scooter is just sitting in the lounge room as we speak. we might have bought it too early for her but i’m positive she will make use of it when she’s a bit older. because kids on scooters are so cute! plus, we got her a pink one so she might just rock the cuteness to a whole new level. even if it’s just in our eyes because of course we’re biased! 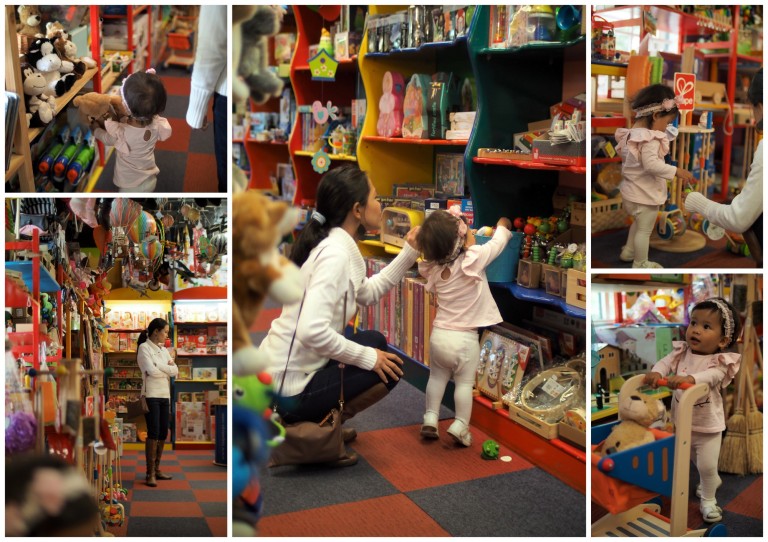 anyway, raven LOVED that place! damn, this kid has fine taste! she was literally like a kid in a toy shop. well, duh!

as a supportive mom, i indulged her curiosity knowing full well she’ll be walking out empty-handed, but with brain cells bursting with new discoveries of how strict window shopping works and how crying doesn’t always win you a prize. 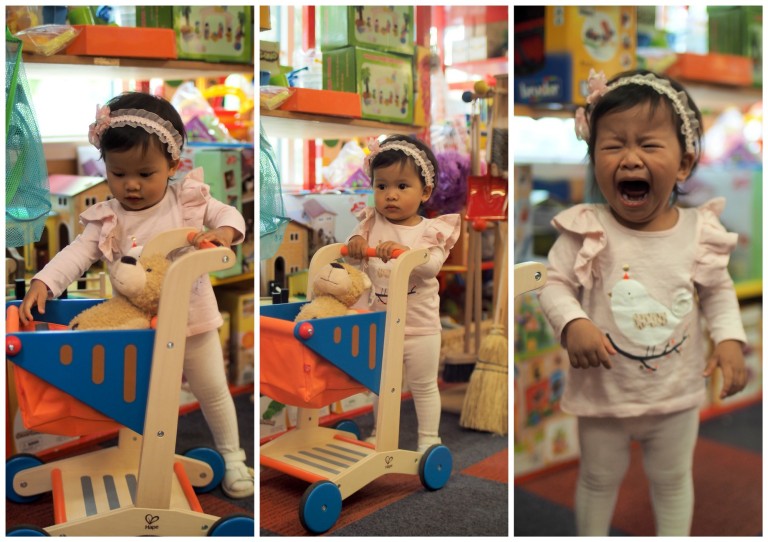 she cried because another kid took a toy from inside what she claimed was her shopping trolley.

“raven, it’s not even yours. it’s not like you already paid for it,” jeff cried as well.

sometimes i can’t wait to see how this father-daughter conversation would pan out in a couple of years when as early as now, she’s his kryptonite. 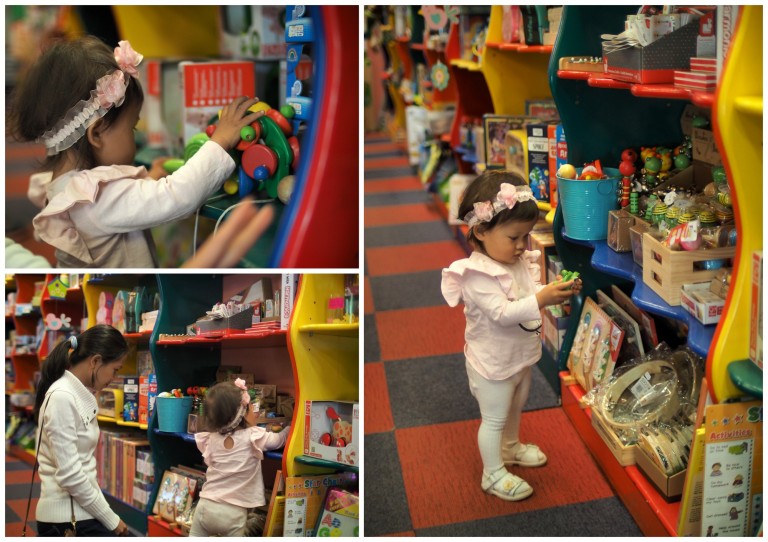 a few distractions later and it was back to regular programming. 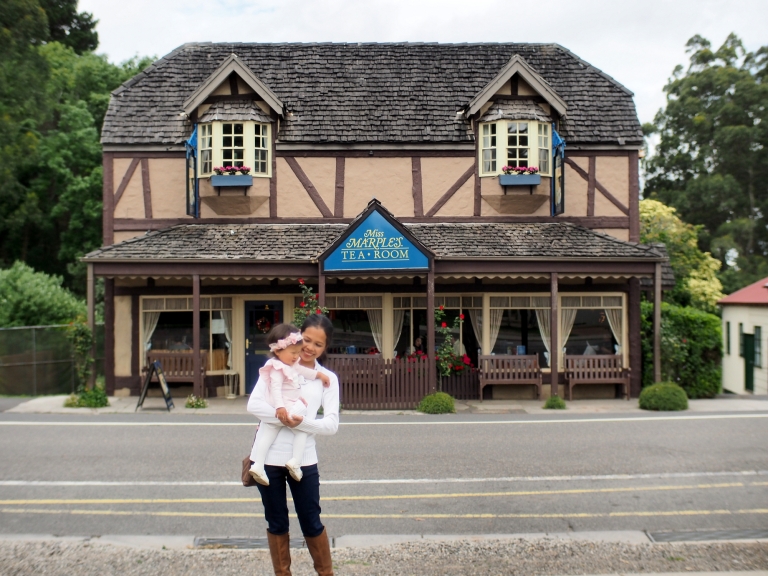 lunch was supposed to be at miss marple’s tea room, as i read very good reviews about it but we had a late breakfast and their menu wasn’t exactly to jeff’s liking so we skipped that one. i think i’ll take my sister here instead next time, as tea rooms are a girls’ day out kinda thing, you know what i mean?

a couple of doors down from miss marple’s was ripe cafe, where jeff had pumpkin soup. and by that, i mean i had his pumpkin soup after i realized i was in the mood for food after all.

when he asked me what i wanted so he could order, i thought i wasn’t hungry. obviously, i thought wrong. you’d be surprised to know that pumpkin soup is actually very filling. either that, or my stomach had not fully digested the cheeseburger i had for breakfast yet. 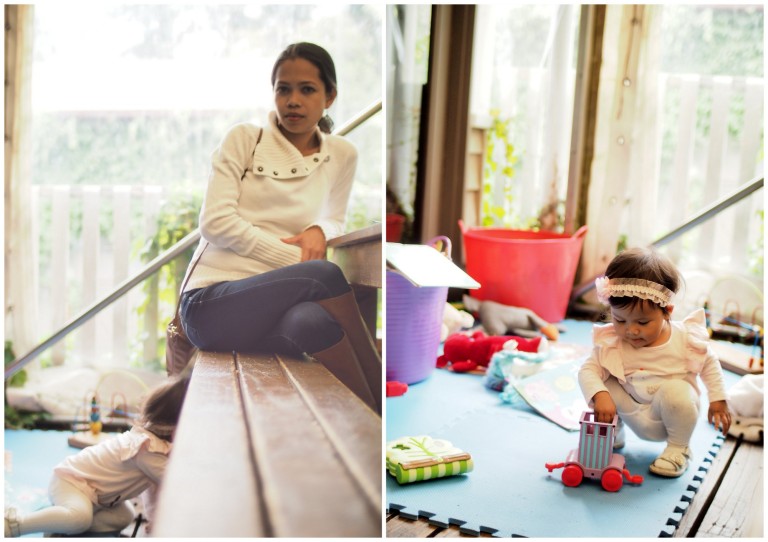 it’s nice that they had a little play area at the back as well. so while raven baby was busy doing her thing, mama and papa were shamelessly doing a photoshoot because a good photographer never wastes a beautiful light like that. nevermind the subject.

and, yes, that’s raven crawling under the bench photobombing my one and only so-so picture. a perfect summary of what my ‘me-time’ looks like in real life.

as for the tea we drove all the way there for, i found it at tea leaves. they had a huge collection of the cutest teapots and tea sets as well that if i were to start some serious hoarding, teapots would definitely be it. 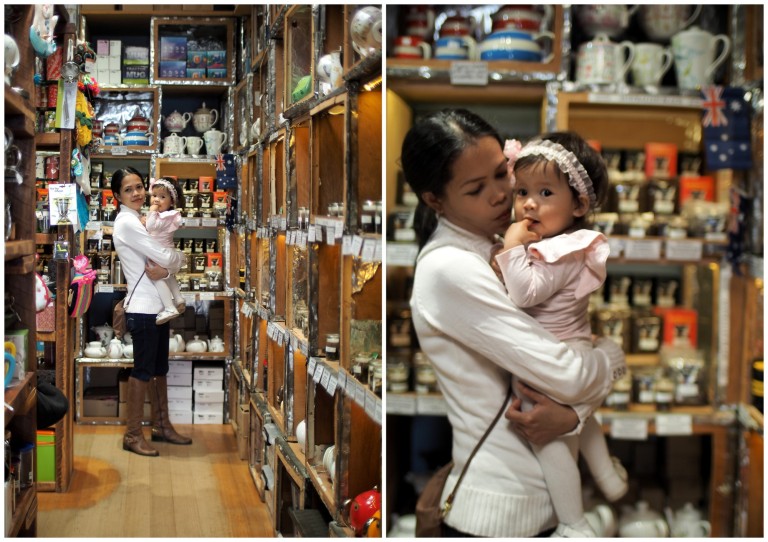 held raven tightly close to me the whole time we were there. not so much out of love, as it was my fear of her breaking stuff. the stuff of every parent’s nightmare, i tell ya.

later found ourselves at piggery cafe. one of those usual detours on the drive back home. we were just there for the llamas, really, lured by the very vine-y silo and the tractor and our distracted sense of direction.

4 thoughts on “when one thing leads to another”