i guess it was all a matter of time before jeff’s enthusiasm for skating would begin to infect me.

skating is so much fun, baby!

can you imagine us going to different cities and exploring places on our skates? that would be so cool!

somewhere along his regular spiels about the perks of skating, my hesitation slowly crumbled. but it took a while. because, obviously, i can be such a scaredy cat. my imagination takes me to dark places where injuries are certain and bruises turn into broken bones.

morbid thoughts to frighten my inner child who, once upon a time when she was in fourth grade, used to rollerskate inside the house pretending to be some famous ice skater. it was definitely one of the best 2 or 3 weeks of my childhood before my mom had to return those skates she borrowed from a friend.

but still. i remember that feeling of freedom with every acceleration. i didn’t have a lot of room to navigate but the way i skated, you would’ve thought i was in an olympic-sized rink.

but then i grew up so that was that. 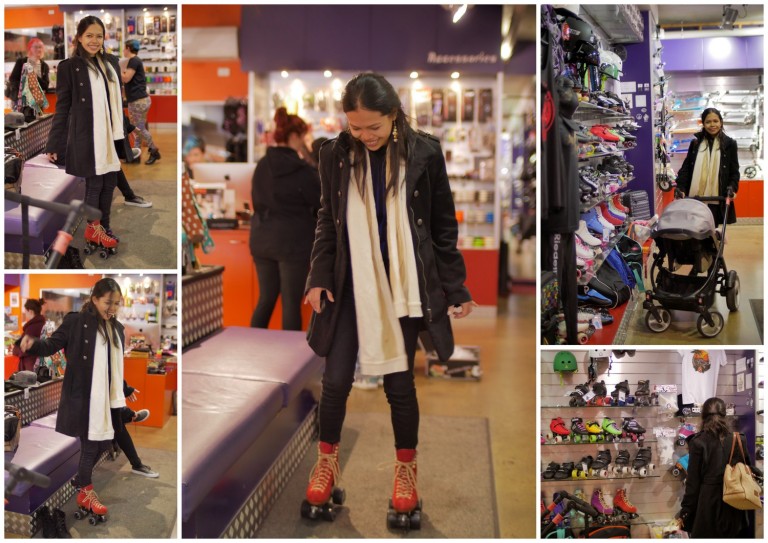 jeff bought me this gorgeous pair of moxi roller skates last sunday. i don’t know how it happened. it was all so sudden.

one moment, we were at this guy’s house buying a secondhand peg perego high chair and petting his 55-kg bulldog french mastiff and chatting with him about how he grew up in dandenong and how he used to brag about being the toughest white boy in class because he was, well, the only white boy in a class full of asians. such a funny guy. very chatty, too. i told jeff he found his match in terms of chattiness and going on and on from one topic to another in one breath. up until we were about to drive away, he was still trying to remember some funny shit that happened to his mate that he just had to share with us because according to him, it was hilarious.

jeff said he’s not as talkative as that. i say he’s in denial.

the next moment, he got me these puppies. totally unplanned. we never talked about getting one on that day. it so happened we were in the area and he was suddenly like, “let’s go to bayside blades and get you some skates.”

naturally, i would’ve protested. looking back, i’m surprised i didn’t. i don’t know why. all i said was i’ll just get something cheap. a hundred dollar or so pair for me to practice on.

what’s funny is that it was the first skate that caught my eye. it didn’t have any price tag on it so i sort of prayed for a miracle that it was well below the $200 price point because even without the tag, it looked expensive as hell.

if that’s not love at first feel, i don’t know what is.

but, of course, i had to be mindful of the price. with my heart breaking inside, i asked to try the cheaper ones. now, i don’t know if i was hallucinating it and it was all psychological but the cheaper skates felt like the devil himself was digging right into my bones.

this is the part where it was jeff’s heart’s turn to break:

“let’s just get the red one, then. what’s the point of buying a cheap one if it’s not gonna encourage you to skate?”

i know. he didn’t need to tell me. i was acutely aware of the unspoken subtext: you better use and abuse these skates until you learn because they’re fucking expensive! 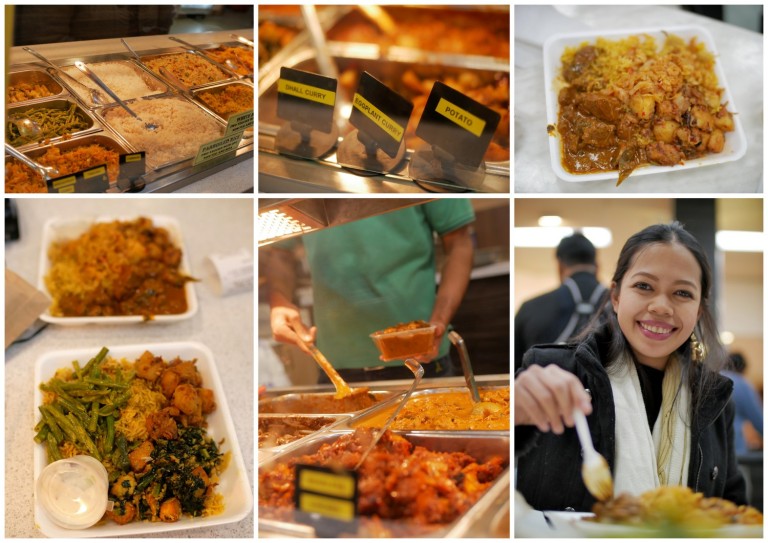 speaking of dandenong, that morning jeff and i discovered another carenderia in the area. an indian one this time. you couldn’t really tell from the facade that their eatery was very busy inside but it was. and majority of the customers were indians too so that’s saying something in terms of authenticity. i had goat curry and it was really good. then again, i’m not a fussy eater (unlike someone i know) so i’m very easy to please. but i say their food is delicious. the number of people queuing to order is a testament in itself.

it’s only a matter of time too before this baby would be fitted for her first pair of skates. the dad’s practically counting the days and she can’t even crawl yet.

in the meantime, as far as i’m concerned, let’s just say #thestruggleisreal.

2 thoughts on “these boots were made for skatin’”