it’s not that i think that valentine’s day is bullshit. it’s just that i reckon it’s highly overrated. commercialized, even. although i have to admit that i did buy jeff a card the day before simply because i saw all these cute, cheap cards sold at the market and i thought, “for a dollar and fifty, hey, why not?”

except that i totally forgot about it and only remembered when we got home on the night of the 14th and valentine’s day was almost over. i didn’t want my card to go to waste. i had to hurriedly write some incoherent message which basically thanked him for being such a wonderful husband and for falling in love with me first which pretty much started the ball rolling. although if you were to hear it from him, he’d insist that i made the first move. which i will neither confirm nor deny.

so, no, we didn’t have the typical valentine’s day most normal couples had. instead, we went to st. kilda festival so (1) he could go rollerblading; (2) el2 can check out the bands playing; and (3) i can get my day’s worth of exercise. (seriously, i reckon i clocked in a week’s worth with all that walking!)

but mostly so he could go rollerblading. his newfound addiction which i totally support because i can see that it makes him happy. so much so that i took the liberty of decorating his green helmet with stickers. it’s so gay. love it.

so, yeah, st. kilda festival was packed! it reminded me of sinulog, with the streets closed to traffic and everyone walking freely, all dressed up like they were going to coachella. something melbourne’s weather was kind enough to allow on that day. 24 degrees or something.

there were buskers and puppeteers and ladies on stilts. not to mention the food stalls and the shops selling whatever that catches your fancy. like the $5 nepalese headwraps that caught ours.

however, unlike sinulog, the whole venue was still pretty much clean. something my sister and i observed. every once in a while, cleaners would be sweeping out random rubbish left on the pathways or on the streets. which weren’t really much considering how most people are very disciplined when it comes to chucking out their trash. also, it helps that there were rubbish bins everywhere so there’s really no excuse why you can’t walk a few steps to do it. (st. kilda festival sounding so hip and here i am talking about the general sanitation of the event. geez.)

all in all, it was a good exercise for me. that’s all i can say. because to be honest, walking was pretty much all i did, aside from eating. my sister watched some bands perform by the beach though while jeff went rollerblading and i found myself a sweet spot to read my book when i wasn’t distracted people-watching.

once in a while the smell of marijuana wafted from somewhere. which, ironically, makes st. skilda festival as a music festival more legit. 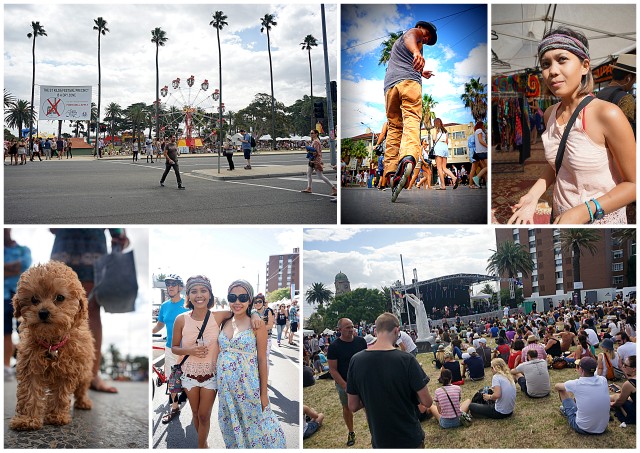 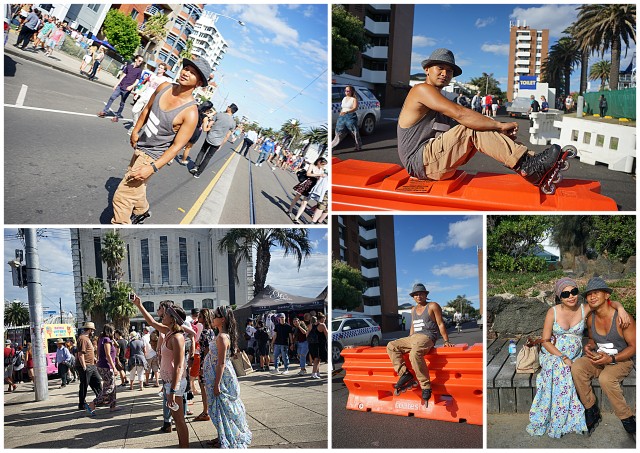 12 thoughts on “how my valentine’s day went down”