it’s the kind of event my younger sister would have loved to go to — for the cute french guys, the swoon-worthy accent, and the food. maybe not exactly in that order but, pretty close.

back in cebu, we had this thing called french film festival where they’d show french movies for free. this went on for about 3 or 4 days, with schedules for different movies at different time slots. that was our bonding moment. us sitting there watching 2 to 3 movies in a row, one after the other, that i wouldn’t have been surprised if we left the cinema speaking in french. although the truth is, it was more of an exercise in reading english subtitles as fast as we could than it was about learning the language per se. but you have to admit, french people can say absolutely nothing of value and still make it sound so heavenly.

for the record, my favorite french film of all those that i had watched would have to be ma vie en l’air. a romantic comedy about this airline flight instructor whose fear of flying prevented him from following the woman of his dreams to the ends of the earth. it’s a funny movie. i wouldn’t mind watching it again.

so, anyway, i had no idea about the festival here in melbourne until jeff came home from work one friday afternoon and told me to get changed because we were going out for dinner. i said a quick prayer of thanksgiving for not having to cook before asking, “where are we going?”

“we can go to fountain gate. OR…” and he said this with a glint in his eye and in a somewhat alluring bedroom voice, “we can go to the french festival in the city.”

“what french festival?” to be completely honest, all i wanted then was a quick bite. his former suggestion appealed to me more for the sole reason that i was fucking hungry and the mall’s just about 10 minutes’ drive from here.

“i don’t know. i only heard about it in the news but i bet they’d have a lot of activities and food stalls in there. they’d probably have those really yummy crepes and croissants and french desserts whose names we can’t even pronounce…”

seriously, the guy knows how to get me. i don’t even really like desserts but if there’s one thing jeff does best, it’s to sell a concept. and it works on me every. single. time.

or maybe i’m just too gullible.

so, anyway, 30 minutes later, we were at the venue. all around me were these beautiful-looking french-speaking people milling about, doing their thing.

and then there was jeff and me. natives from the philippines. i couldn’t help but whisper, “jeff, we look like refugees here.” 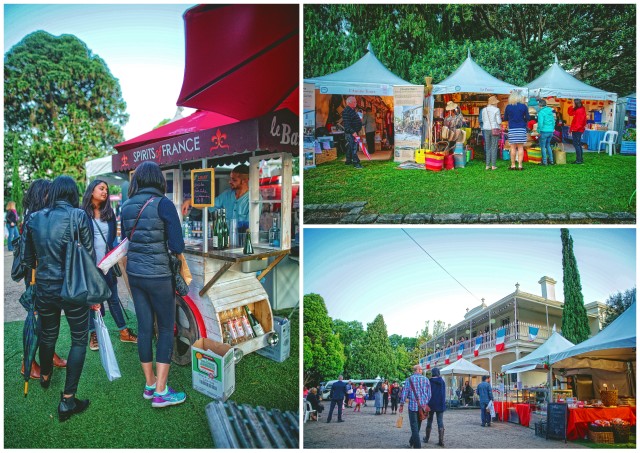 to be honest, it wasn’t really that big of an event. and there weren’t really that many activities to see, save for the sand sculpting and a snail(?)-eating contest. but then again, we arrived there an hour before they were about to close so…

the band performing on that night was really good, though. listening to them was the closest i could ever get to paris and i relished every moment of it, as fleeting as it was.

now this part would be my sister’s favorite: 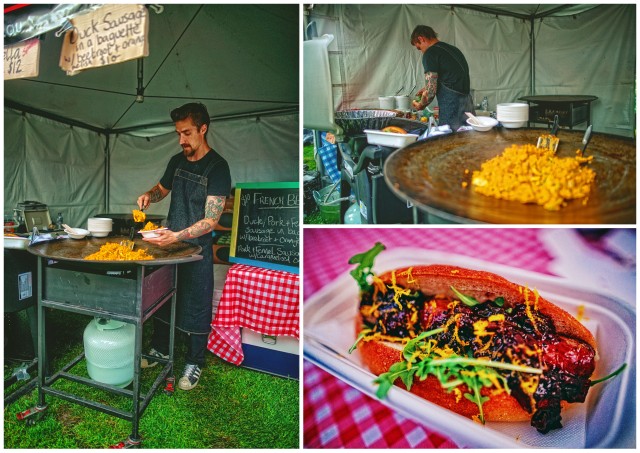 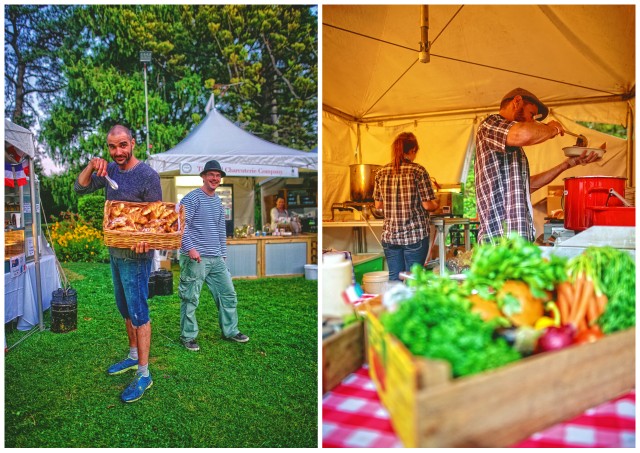 the yummy food servers. i mean, the food. the yummy food. i kept asking jeff to sneakily take a few pics of them (no, not the food.) so i could show it to el2 and tease her about it.

but, seriously, that duck sausage in a baguette with beetroot and orange relish was to die for! it was sooo good jeff and i had to order another one. okay, i forced him to buy me another one. because it was amazing. nevermind that it was kind of difficult to eat without losing your poise but it was worth it.

so, yeah, if you ask me how the french festival was, all i can say is: duck sausage. 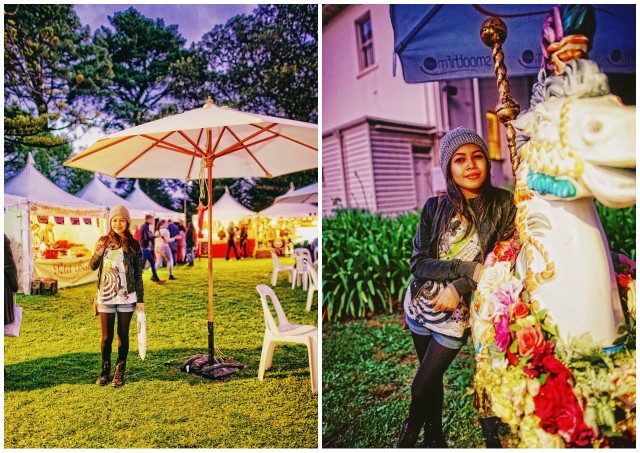 3 thoughts on “paris to provence: a french festival in melbourne”