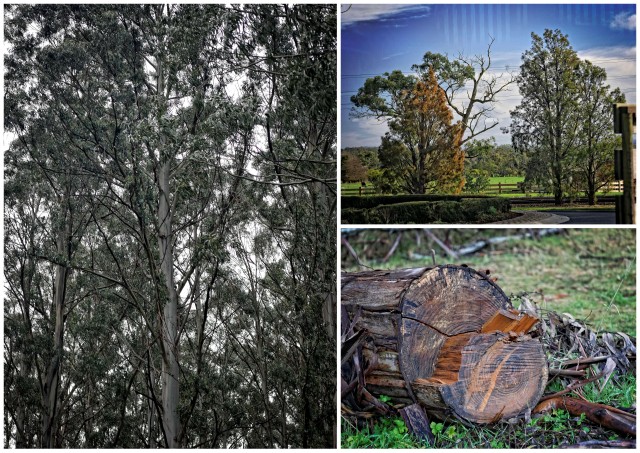 it was a good 1 and a half to 2-hour trip up to mt. baw baw from moe. there’s not really much to see along the way, unless you’re the type who gets blown away by stunning scenery. which i am. except that i was sleeping pretty much the whole time, like i said. a waste of window seat jeff was kind enough to offer, with me being a snow virgin and all. 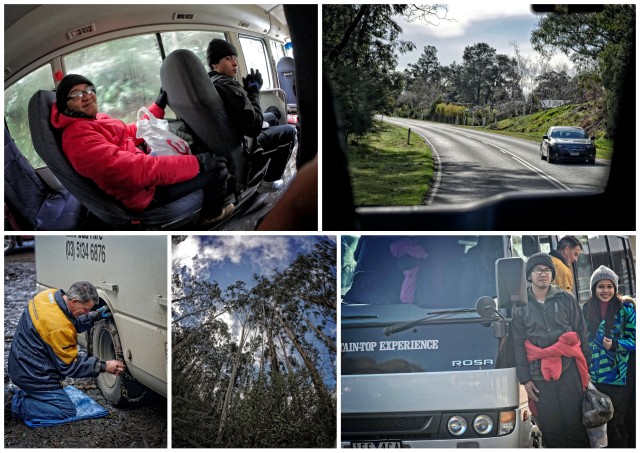 after what seemed like 10 years, the bus suddenly moved at a very slow pace. a long line of cars. some moving slowly with us, the others parked on the side. i was suddenly giddy.

but where’s the snow?!

turns out we had to do a bit of a pit stop that didn’t involve emptying out your bladder. apparently, the roads were f*cked. meaning, it was iced all over and every one who wasn’t driving 4WDs needed to put on tire chains to temporarily boost the industry that’s supplying, manufacturing or renting them out.

now, i’ve read about tire chains in books but prior to that day, i had no idea what they look like or how you put them on. i know they prevent cars from skidding on icy roads but at the same time, i also wondered if having chains around the tires would also prevent them from rotating. because, you know, janjan’s law of motion or whatever.

it still spins but it does affect the speed of the car. but i reckon a slow-moving vehicle on an uphill drive is better than a fast-moving one sliding downhill out of control. jeff said that if your car’s engine is at the front, the tire chains go on the front wheels. if it’s at the back, then they go on the back wheels. i’m no expert in cars so i might just have to take his word for it. this time.

and so with probinsyana curiosity, i watched our driver, as well as other drivers, attach tire chins. kneeling on muddy ground, placing the chains in position, moving the car forward to align the chains to the tires, getting out of the car to secure the chains into place. doing the same routine again for the other tire. at that point, i was just really thankful to not live in a place where there’s snow and ice. no offense to the people who do. but i could just imagine the hassle of going through all that, i don’t know, every day? 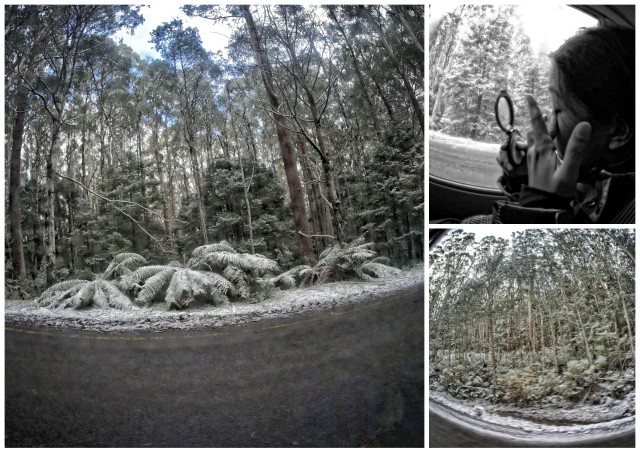 it took a while before the snow-covered trees and plants manifested themselves once we hit the road again — albeit, slowly. everything was so white and oh-so pretty it kind of makes your heart skip a beat.

“OMIGOD, ARE YOU CRYING?” jeff asked, loud enough for the other passengers to hear. tormenting me with his teasing laughter.

for the record, something got stuck in my eye and jeff was being a poofter. 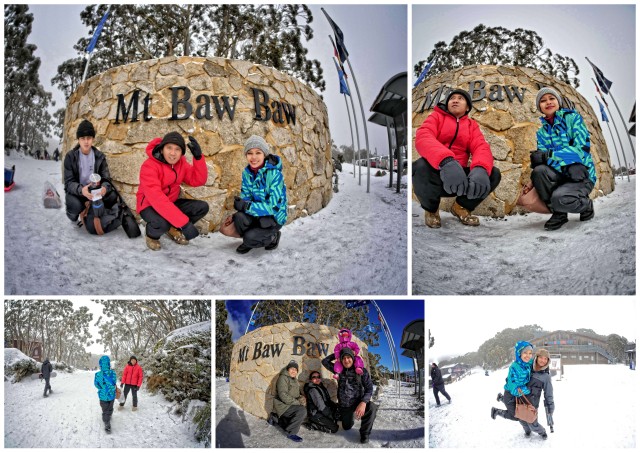 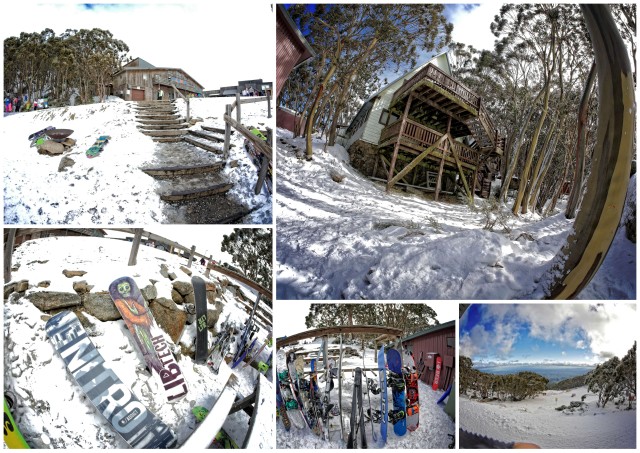 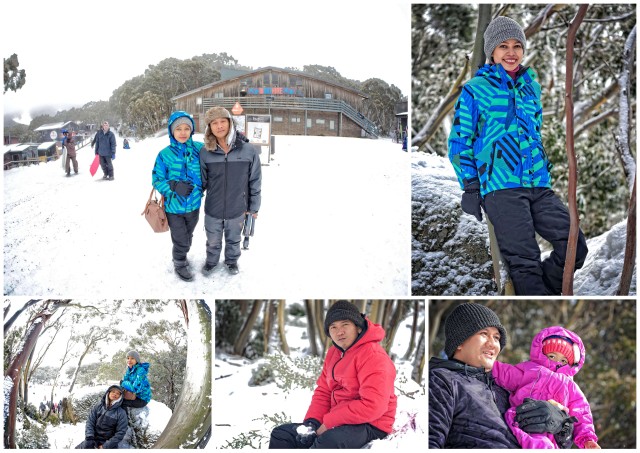 i have to admit that the moment i jumped out of the bus and into the snowy pavement for the first time in my life, the first word that came to my mind was slush. because where i was, it was wet and well, not snow white snowy, you know what i mean? not the pretty white but rather, the gray or brown ones. dirty, leftover footprints and tire tracks melting into tiny, dark, disheartening puddles.

but the walk inside the resort was something different, though. i felt like a kid teleported to the north pole.

“merry christmas, jeffy!” i greeted him maybe once or twice. okay, thrice.

i couldn’t help it. i’ve always equated christmas with snow and reindeers and santa claus. typical illustrations on the holiday greeting cards i grew up seeing right around january because the local post sucked at delivering snail mails on time. 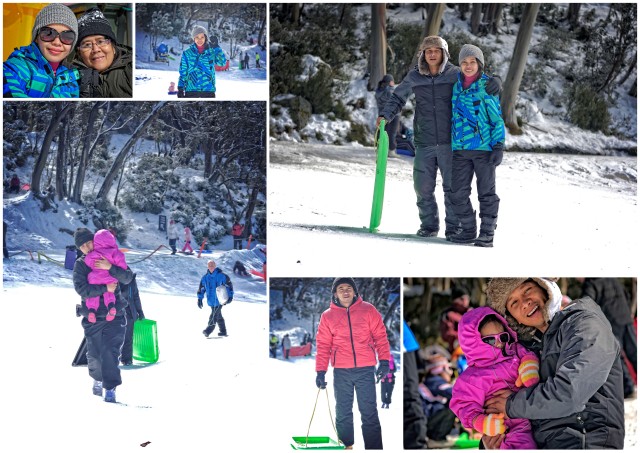 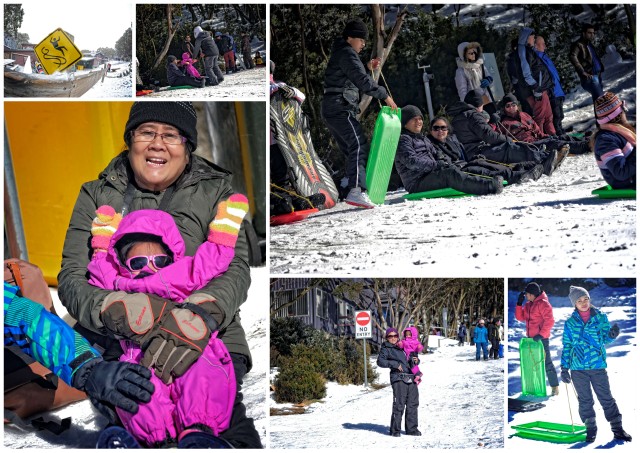 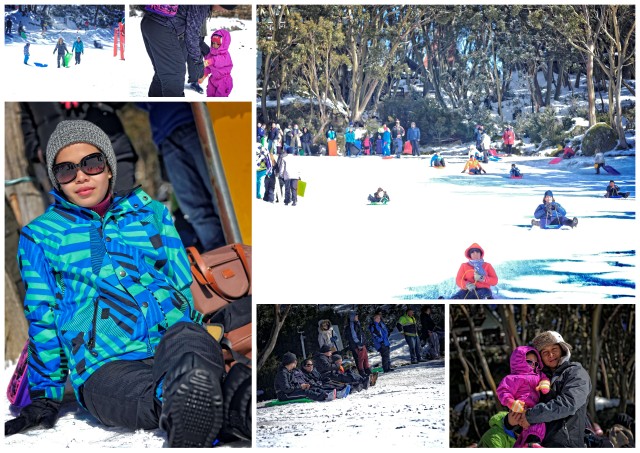 one of mt. baw baw alpine resort‘s popular tourist activities is tobogganing. i’m kind of a scaredy cat when it comes to adventure-y stuff (except for ziplines. the longer and higher, the better. the shorter ones kind of induce irrational panic within me like that time when…). but, man, even the 3-year old kids sliding down the slopes looked like they were having the time of their lives i figured, hey, why not?

turns out, it was actually quite fun. but then i worried too much about running into other people that i would keep trying to slow my pace with my feet if i could help it. because forget steering. those split-second decisions of veering left or right had me gripping on the ropes and mentally making the sign of the cross while i closed my eyes and prayed that i don’t hit anyone to a point of concussion.

but everyone hit everyone at one point anyway and they’re all cool with it so no dramas. when you’re there, you just have to watch out for yourself and not deliberately ram into people like a tobogganer from hell. 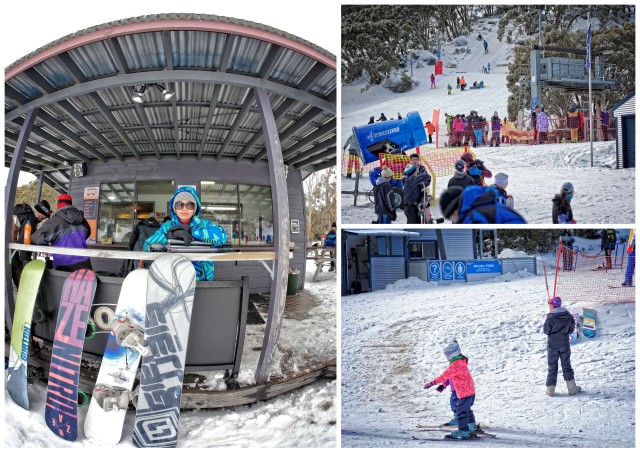 as it is an alpine resort and all, you can also go skiing in there. i saw a lot of little kids practicing on their cute skis and an even cuter grandma who was doing the same. 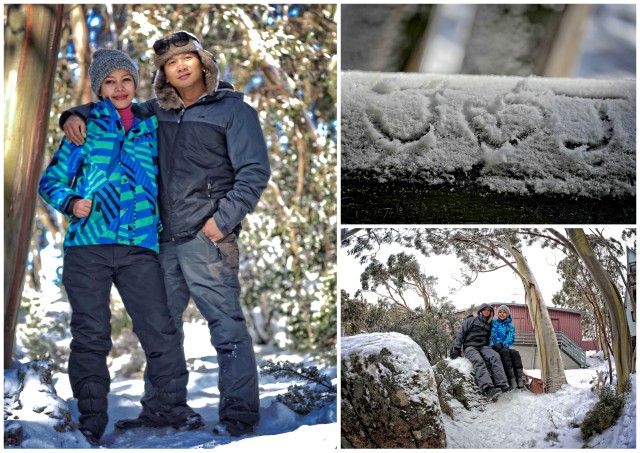 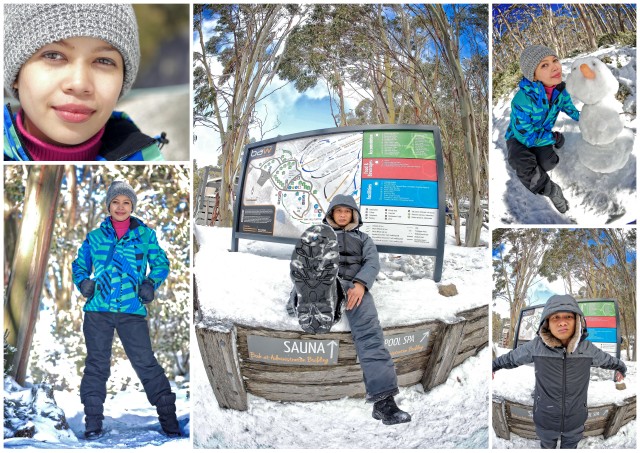 if i really think about it, jeff and i were just there for picture-taking purposes. and speculating whether or not to buy this gorgeous lodge for sale that we both know we could not afford. yet. 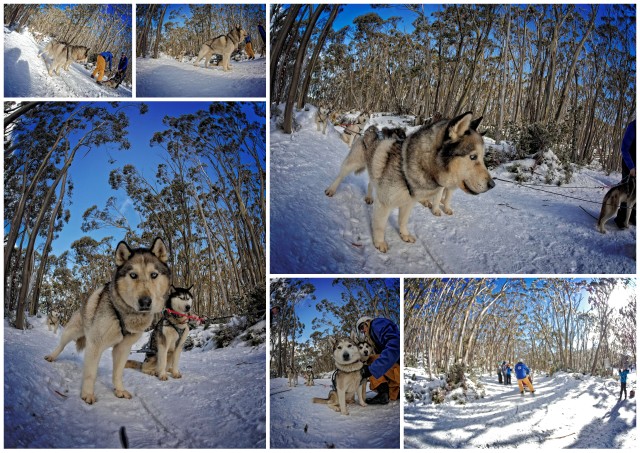 and settling with taking photos of adorable huskies who’ll take you and a friend for a ride for $100+ a pop.