sometimes i feel like i’m living in between two worlds. one in melbourne and one back home in cebu where my mom, dad, younger sister, chico, uncles, relatives, and friends are. here i only have jeff and popit, as well as jeff’s family who have been nothing but supportive and accommodating.

i do miss them once in a while, my fam. however, when i’m there, i’d miss jeff too so between this and that, you can say i’m pretty much screwed. in a good way, of course.

christmas here was so-so. in the morning, jeff and i opened each other’s presents and then i cooked him oatmeal porridge because i’m very gourmet like that. also because apart from my gourmet sandwiches, that’s probably the only thing i can cook perfectly.

but i do love reading recipes though, if that’s any consolation.

so, yeah, that was basically how my morning went. jeff took heaps of photos of me which would be a waste if i don’t give some of them (read: those where i look human enough. and by “human enough,” i mean those pictures where i don’t look like the prototype of somebody who just did drugs for 5 days straight.) the airtime that i feel they deserve for jeff’s sake.

he takes very good pictures, i have to give him that. it just so happens that i suck as a model because i’m really super shy. like, super. especially so when it comes to solo pictures of me. some people are a natural when it comes to posing before cameras. i naturally stiffen up which makes my awkwardness actually quite endearing because then you can then use me as an excellent example of “how NOT to pose in front of the camera.” 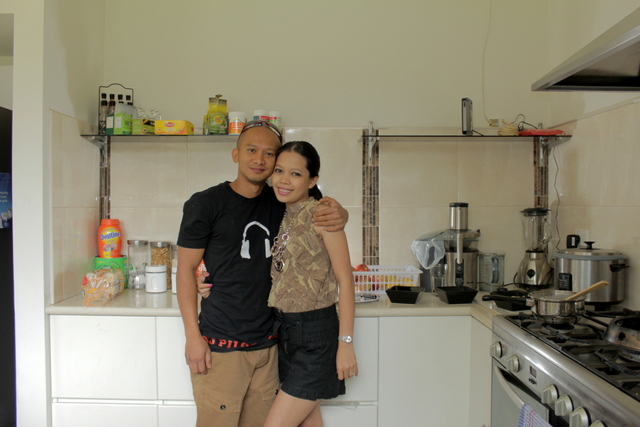 i’m slowly starting to get the hang of it now, which is usually what happens to girls whose boyfriends are photographers, i reckon. the trick, i found, is TO NOT CARE. yep, just that. if it helps him further his craft, well and good.

if i look stoned as hell… well, just play the part and move on like it was nothing but a bad trip.

i might be posting some random pictures of me and/or jeff in the near future, though. as well as some cheesy videos of us walking on the beach or hugging by the shore. you know, stuff that videoke videos are made of. lol. but that’s all still a work in progress. i might or i might not. we’ll see. 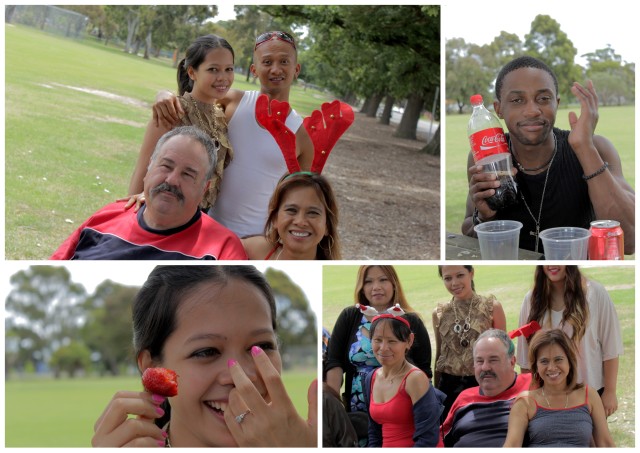 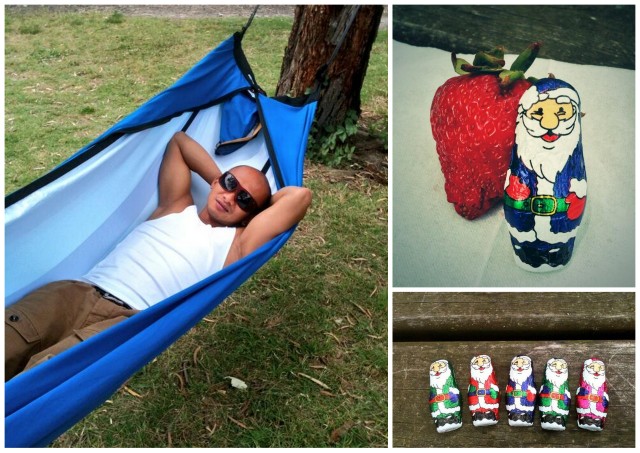 christmas lunch was at the park, together with jeff’s family and his mom’s friends whom i’m not really acquainted with. but it was cool nonetheless. if only we have parks in cebu. something big and clean and peaceful and not dusty.

oh well, belated merry christmas anyway. hope you all had a good one. =)

3 thoughts on “christmas at home away from home”