as millenial parents looking out for their daughter’s mental and emotional development away from screen time, jeff and i try our best to take raven out on little trips. god knows how much i would love for her to travel to exotic destinations where poverty is prevalent so she would learn to appreciate beauty in its ugly forms and ground her in the truth that happiness is something that you find within but as a family of three, plane tickets to the philippines don’t come cheap. 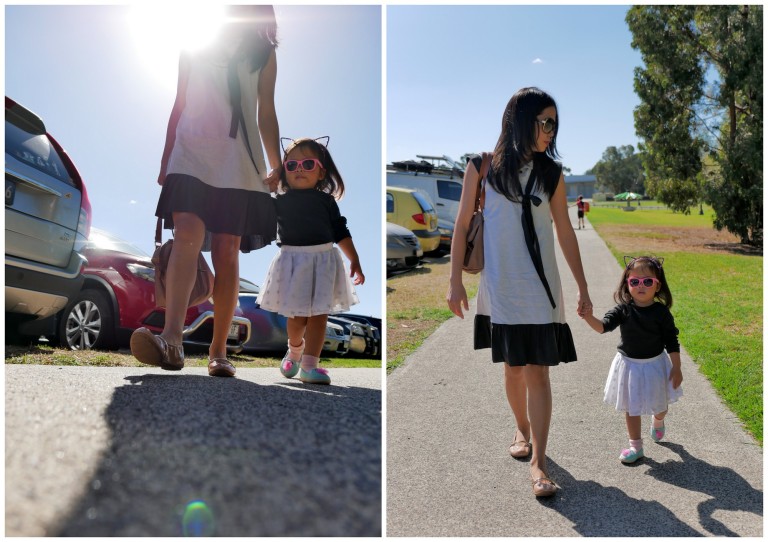 and so by “trip,” i mean those where i don’t have to sell a kidney just to get there. like that time we went to caribbean gardens and market. it was a beautiful day. any day that i’m not at risk of contracting hypothermia is always a beautiful one.

the goal was to take raven on a train ride, exactly as we promised her the night before. the last time she was on a train was when she was about 7 months old on the puffing billy so i don’t know if that counts, considering that she has absolutely no memory of it whatsoever, although she’s quick to say in that endearing singsong voice of hers, ‘remember when we went to ride on puffing billy… remember?’

i remember. she doesn’t. the only reason she says that is because i told her about it so now she thinks it’s a part of her memory too.

and maybe it is. who knows? it is believed that cells — and not only those found in the brain — store memories as well. a theory supported by cases as those in organ transplants. like that of a woman who received the heart and lungs of an 18-year old boy who died from a motorcycle accident wherein she suddenly developed cravings for beer and burgers, the donor’s favorite foods.

and then there’s a creepy one:

Another extreme case was an 8-year-old girl who received a 10-year-old girls heart. After her operation she began to have nightmares of a man trying to kill her. Her dreams were so vivid that she went to a psychiatrist who actually believed they were real. It was found that the donor was murdered and the recipient who had the nightmares described the man in such detail that the police were able to find the killer and he was convicted of murder. (source)

so, yeah, if cellular memory is true, somewhere in raven’s genetic makeup, that train ride with her cousins and grandparents must be safely tucked in there. and i hope it is. it was one of the rare times my family was complete. i mean, i would tattoo it into my neurons if i could.

i’m not exactly crazy about the market there, mainly because i’m partial to the one in dandenong. but it does hold a somewhat sentimental value in my heart. that was where jeff took me on our first official date. he fed me poffertjes — you know, those little dutch pancakes sprinkled with icing sugar and with butter melting on top? later he took a picture of me riding on the swing. the blackmail kind that simply makes you wanna curl up and die.

of course he posted it on his instagram! why wouldn’t he? he said he was all about authenticity and oh, how i hated him for it. 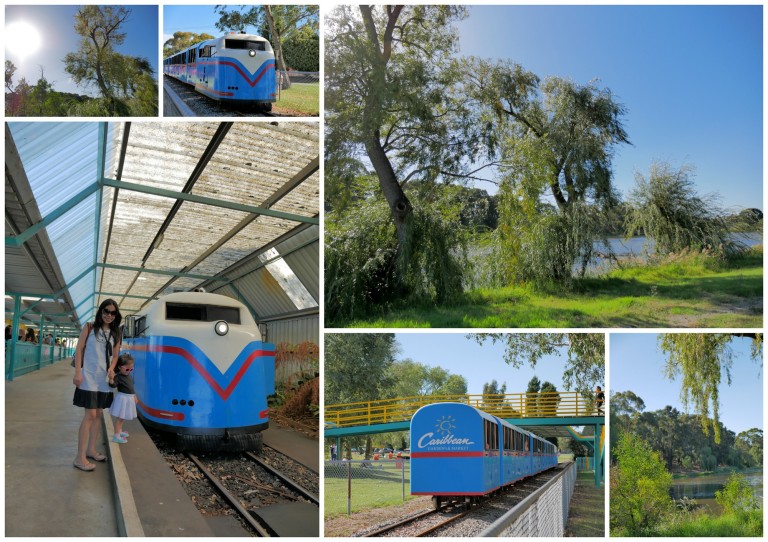 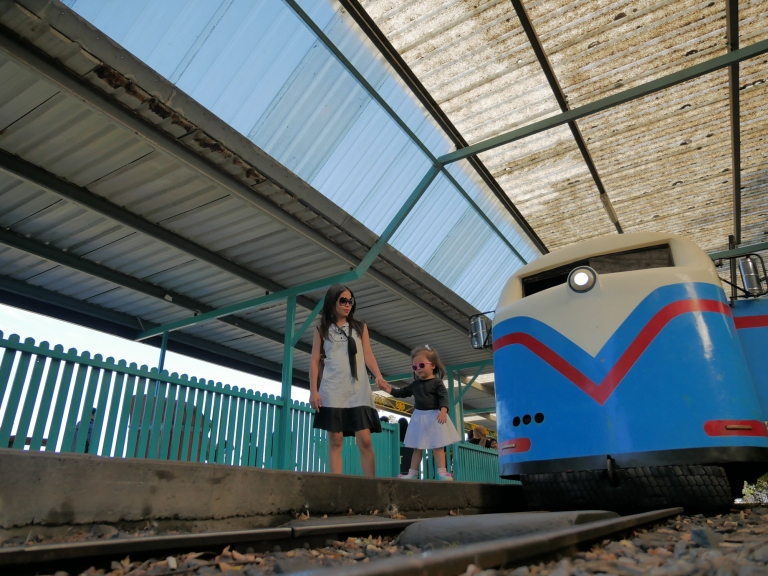 so, anyway, like i said, we took raven for her “first” train ride. it was a noisy piece of locomotive, i can tell you that much. the screeching sound of metal against metal during the hard turns made me wanna oil the damn rails myself. but the view around the lake was nice. and raven had a grand time so it was all good.

and because jeff was feeling a bit extra than he already is, he bought tickets for the jungle cruise as well. all that time he spent lining up while raven was enjoying herself in the playground must have convinced him to make his wait worth it. and i must admit it was a good call on his part. i much enjoyed riding on the boat and being on the lake admiring the local flora and fauna.

and, of course, the images of the clouds and the trees and everything else painted on the water by the glorious autumn sun.

i mean, these photos don’t even do it justice. i must have taken about 30 shots on my phone just trying to capture the beauty of it all while holding on to raven the whole time. i was scared either my phone was going to take a dive into the water, or she was. but i knew my priorities. so i held on fiercely to both.

especially when our boat hit another one. a head-on collision, if you will. the other boat was maneuvering around a bend. ours went straight into it. while jeff was busy capturing the whole thing on video (which you will find at the bottom of this post), i was preoccupied with calculating the depth of the lake and how far i would have to swim while holding raven to safety. and i’m not a very good swimmer, mind you, so the mental struggle was definitely real.

luckily, no one was harmed and the drivers, both probably secretly pissed over the incident (one more so than the other) managed to untangle us all from the sticky situation.

the only victim, perhaps, was that dude who, for whatever stupid reason, fell on the water tank with the word bugger! painted on it. an aussie humour i did not get.

same goes for the guy in the water hiding from the lions. not a very good image to look at right when your boat smashes into another boat which, ironically, was the exact same spot where the incident happened.

oh, in case you’re wondering, yeah, they had all these statues of kangaroos and elephants and such scattered around the bank. it’s supposed to be a jungle cruise, after all.

as to why there were dinosaurs in there as well, i have no idea.

2 thoughts on “caribbean gardens and market”