with a 14 month old and 12 hours of layover in singapore, my sister booked us a hotel 15 minutes away from changi airport. more for the baby than for ourselves, really. because if raven were not in the picture, we most definitely would have slept at the airport. it wouldn’t have been the first time.

after a sleepless 7-hour flight from melbourne to singapore, i was beat. i enjoy traveling but having a baby on board definitely is a game-changer. like, seriously. i don’t know how other mothers do it with not just one, but two or three kids in tow. that’s some super power right there. at least with me, i had el2 to help me out so that really helped A LOT!

over the plane’s speakers, i heard the captain slur some kind of message that took a lot of decoding to do. i reckon pilots’ announcements are the equivalent of doctors’ handwriting. both are near-impossible to understand. i did catch a few phrases, though, which made me LOL in my head:

where i came from, ‘very cool’ and ’28 degrees’ are rarely used together in one sentence, if at all. ’28 degrees’ is when you’re doing a happy dance because the weather is perfect and you can finally wear that dress you’ve been dying to wear for ages. ‘very cool’ is when you don’t even wanna get out of bed. or the heater. or the layers upon layers of clothes you put on just to survive those hellish 10 months. year in and year out.

the moment we were outside the airport, i just really wanted to remove the leggings i wore under my jeans. that, and my trusty wool jumper, which kept me warm and happy in melbourne’s biting cold, were suddenly trying to kill me.

what the heck happened to the pilot’s “very cool 28 degrees?!”

so, anyway, we got to the hotel at about 30 minutes past 1 in the morning by taxi. and, no, you don’t need a car seat over there so all my concerns were unfounded. 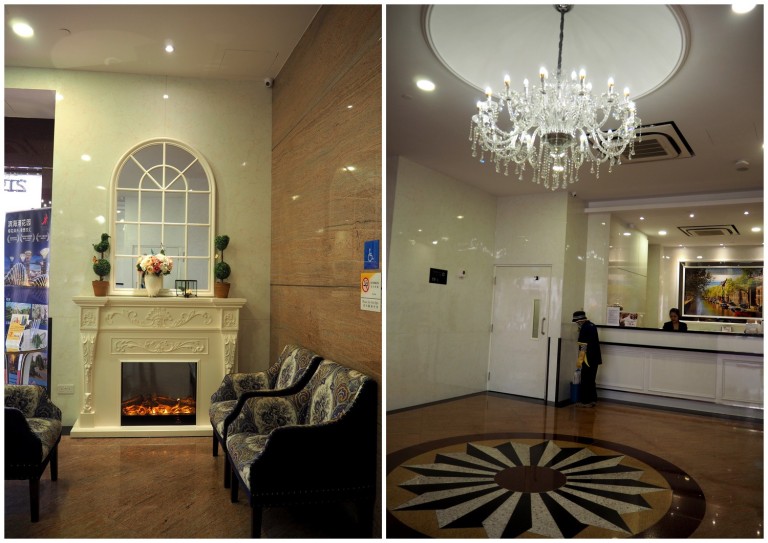 for a budget accommodation, i was impressed. i have to say el2 did a great job in doing her research. the fragrance hotel in joo chiat road was very clean and i was immediately drawn to the decors in the lobby. because i’m the kind who admires freakin’ chandeliers and french window mirrors on top of faux fireplaces.

the room wasn’t bad either. above average, in fact. nevermind that i kept waking up and whatever shut-eye i got was interrupted by my 8am alarm which was still on melbourne time. meaning, i was awake 2 hours too early.

at least raven had a very good sleep. eyebags and grogginess aside, that’s all that matters. 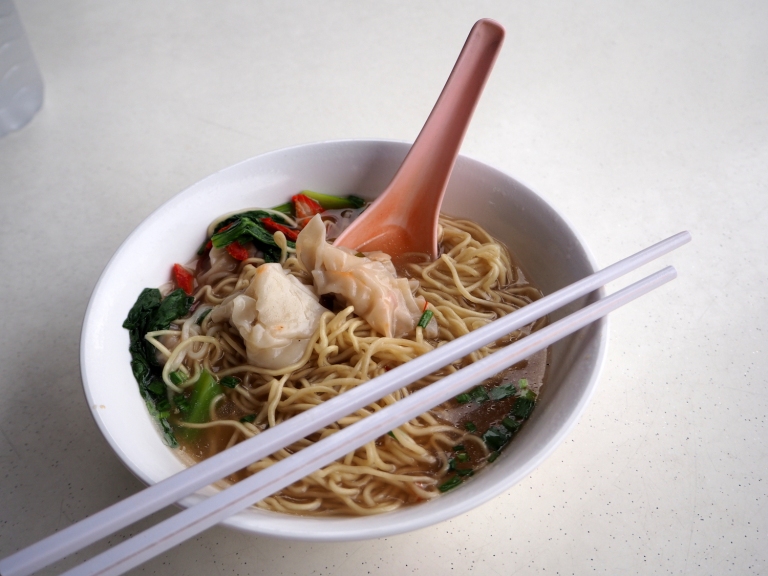 as recommended by our taxi driver, we had breakfast at feifei wan tan mee king. i don’t know what that means as i just copied it from their sign board on my pictures but he said they served good food over there. they’re open 24 hours too.

at 9am, i was ordering wanton noodle soup from this lady who couldn’t really speak english when i asked her which dish was their bestseller. i think she kind of got what i was trying to say, though, ‘coz she pointed at this photo on their menu so i ordered that. 4 bucks. i was like, “wow, that’s pretty cheap!”

turns out the serving was pretty small too. i was used to getting all these huge bowls back in melbourne for double the price. el2 had to order another one for herself. their food is not for sharing.

the noodle soup i had was actually pretty good. kinda bland, which i liked even better. in short, it wasn’t overpowering or anything. just this gentle mix of flavors in your tongue. the noodles were thin and springy with a bit of bite to it. raven and i definitely enjoyed it. as far as we were concerned, it was a good, light breakfast.

not for el2, though. she was on food trip mode. wanted to check out this other restaurant nearby. thought they must be good considering the number of customers on that given morning. she ordered this prawn soup thingie. unfortunately for her, it didn’t meet her expectations so that was a flop. 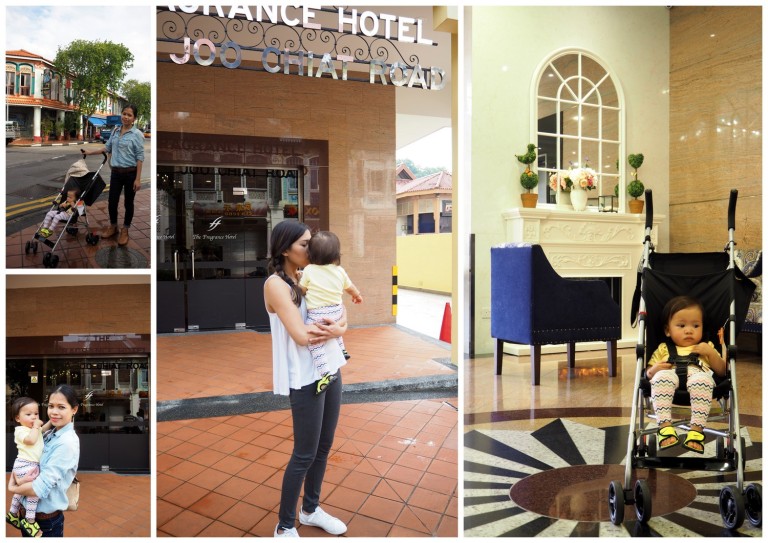 all in all, we probably only spent 2 waking hours (zombie mode) in joo chiat before we headed back to the airport for our 10am check-in but it was a nice experience. walking around the area rekindled my love for travel and photography, i can’t wait when raven’s old enough to be my travel buddy. (jeff will be our official photographer and proud sponsor, of course.)

for now, i’ll just have to push her around in her $20 umbrella stroller we got at kmart. for the price and functionality, i highly recommend it when you’re traveling. it does the job without breaking your heart if it gets lost or destroyed.

i still love my combi urban walker, though. that stroller deserves some airtime on this blog too.

9 thoughts on “bed and breakfast in joo chiat, singapore”