in a nutshell, i still pretty much suck at it. this whole learning-how-to-rollerskate business at the age of thirty-

okay, let me just stop myself right there. no point getting all TMI as to how old i really am.

this guy, he owns a skating shop in the city, once mentioned that he had had a 63-year old woman come in for skating lessons. with bemused interest, i listened to him talk about how she first learned to skate on carpet then on regular floor until she could actually confidently skate wherever. common courtesy prevented me from inquiring about her mental status and how demented she was to wanna tick ‘learn to skate’ off her bucket list considering her age but from the sound of things, i was under the impression that she was lucid and had more balls than your average senior.

i, on the other hand, who’s practically half her age, seem to have less balls and more geriatric-related issues than she did. if she even worried about broken hips and brittle bones at all.

so i pep talk myself with that little story of the grandma who successfully learned to skate at an age when all her peers were focused on self-preservation and trying to make it through the rest of their lives with their skeletal system intact.

i brainwash myself that i can do it. i know i can but… 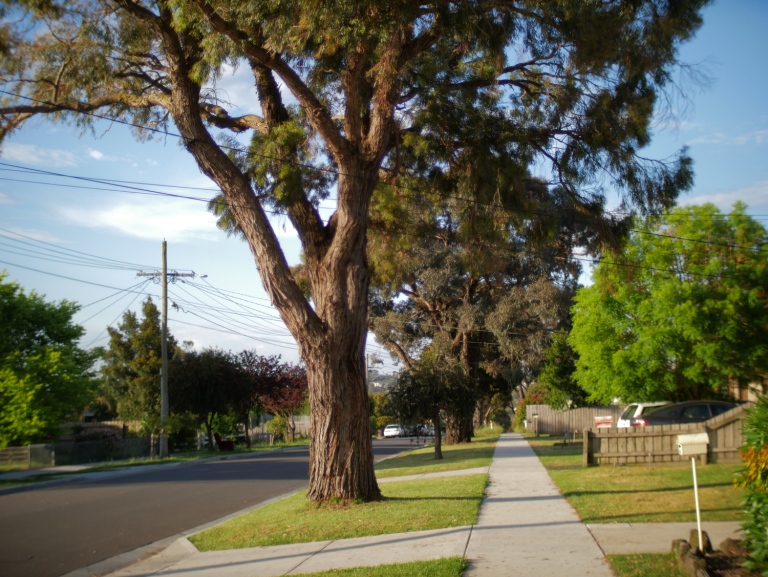 strapped in my moxis, pavements become more sinister, i swear to god. walking on them is heaven on my heels but hell when i’m on wheels. my biggest fear is that once i start rolling, i would keep rolling rolling rolling down the entire length of the street until i unwillingly find myself on the main road and accidentally get run over by a car.

because my biggest problem is i don’t know how to stop yet.

so if i don’t get run over by a car, i might just keep skating on and on until i hit something. anything. like a house, maybe. or a rubbish bin. or find myself in darwin, whichever comes first.

point is, i still need to learn how to stop.

(funny how i have the same concern with bicycles. i brake by crashing myself. it’s a pretty effective method if you’re into self-mutilation.)

jeff advised that i need to skate harder and faster to gain enough momentum for me to be able to practice stopping. WTF?! that’s like asking me to go run full speed straight into an oncoming train. so, no, i insist on skating at my own leisurely pace. if it takes me another 30 years to learn how to skate, fine.

that old lady’s story might just as well turn out to be the story of my life, after all.

p.s. don’t let these pictures fool you into thinking that i skated all the way to jeff’s mom’s place, which is about 5 houses down from ours. i was holding on to jeff the whole time. and i don’t mean his hand. more like throwing myself at the mercy of his shoulders and waist and allowing him to gently drag me while begging him to slow the fuck down because even when he was walking at the pace of a funeral procession, i still couldn’t keep up.

we probably painted a picture of cute teenagers being flirty while out on a date but the truth is, i was just trying to survive.

on our way back, jeff had his hands full with the playpen we borrowed from his cousin but that did not stop me from ferociously clinging on to him with one hand. my other hand was busy supporting myself by clutching a cane his cousin’s husband found lying around the garage.

i had no dignity left. we laughed it all off.