spent a big chunk of my morning talking to my 6-year old niece today. it’s been a while since i last had a good conversation with her. where before we could go on and on about fairies and unicorns in ponyland, now she gets a kick out of teasing jeff. even when the poor dude is not around to hear her random plans about turning him into rudolph for christmas, complete with fake antlers and a red nose painted on with lipstick and then sticking him on top of the christmas tree in lieu of the traditional star, as per her drawing: 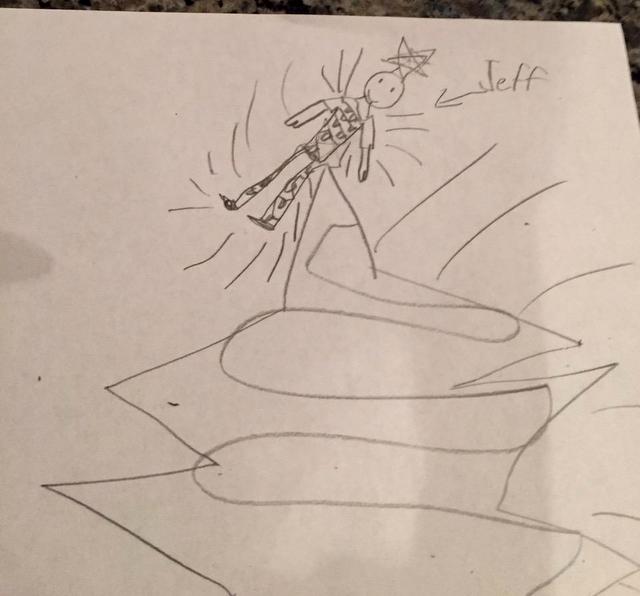 aeva: janjan, we should get jeff a shave for christmas!

me (egging her on): what does he need a shave for? he doesn’t even have hair.

that girl has a sense of humor, i tell you. always has since she started talking. i wrote several of her memorable anecdotes around this blog somewhere with the hopes that once she’s all grown up and she feels like digging into her childhood, she’d find some of it here.

“tell me the story again,” she laughingly begged after i told her about the popit & mouse incident that had jeff all freaked out. she was in stitches. so much so that she took the liberty of drawing it so i can then show it to jeff.

“tell jeff you told me the story,” she chuckled. “he’s gonna be so embarrassed!”