a little dot in the ocean she may be, but cebu really is booming in more ways than one. like the fact that after just 3 months of being away, all of a sudden there’s this new hang out place at the back of park mall called city time square lined with all these newly-opened bars and restaurants and cafes i never would have known existed if roma and jelvin didn’t take me there. 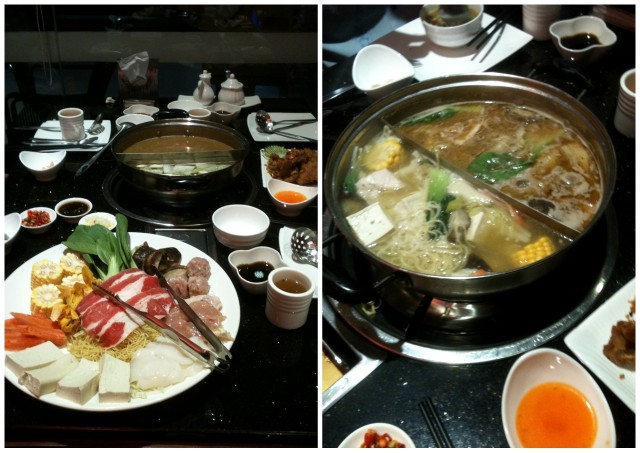 david’s tea house is one of those. and although it’s called a tea house, tea isn’t exactly their specialty. rather, it’s soup — the shabu shabu way — wherein you choose 2 kinds of pork, 2 kinds of beef, 2 kinds of vegetables, 2 kinds of seafood, 2 kinds of blah blah blah. basically, 2 kinds of every category that they have in their checklist to act as soup fillers. which is a very long checklist, especially if you have no idea what ingredients they’re talking about.

which i didn’t. (as the first-timer, roma gave me the privilege to choose which ones i liked.)

torn between four different kinds of soup, we went for the combination soup, which was part clear and part satay soup. to be honest, i liked the former better. roma did too. which left jelvin with no choice but to have the latter. (poor guy. not that he complained, though. as a matter of fact, he finished the whole thing! such a trooper.) 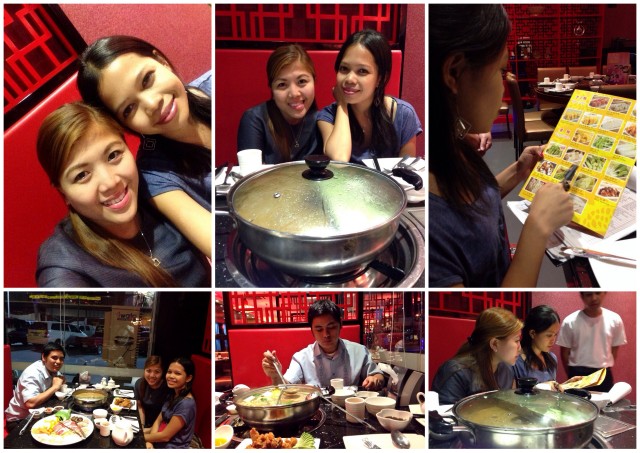 all in all, the food was good. i mean, it’s basically just soup with meat and stuff so i reckon it’s quite healthy. it’s also perfect if you’re watching your weight because the soup fills you up real quick.

in my case, it was soup AND water. because somebody got a little too adventurous with the fresh chili.