“all trains lead to flinders,” auntie jingga said on the first day she took me to see the city which happened to be my second jet-lagged day in australia. “remember that.”

as tired as my body was, i did.

and while that nugget of wisdom helped me out on my first few excursions into melbourne, it wasn’t until i had to travel by train everyday that i realized, “well, flinders isn’t the only premium train station, yeah?” so it was then that i started experimenting and at one point, found myself going around the city loop twice. on two different trains.

sure, it’s one thing to be adventurous and hop on a train at a station that’s new to you and give yourself a pat on the back for being such a brave little girl in a big city looking out the glass window and reading the names of the train stops as you go before you hop off at another station. but it’s another thing to smile and sit there on your “connecting train” and watch your happy face fade into confusion as you realize you’re reading the same names all over again and that you have just been going in circles.

but i love flinders. not because it’s my “mother station” but because i especially love that feeling that i feel when i emerge out of the building and into the busy streets of melbourne where the first thing that i see is the majestic st. paul’s cathedral and where the first thought that always comes to mind is, “i love this city.”

i’ve been to other cities before but so far, melbourne is the only city that took my breath away. it’s the only city that still does. i don’t know why and i don’t even feel the need to explain why but suffice it to say that i fell in love with melbourne the moment she caught my eye. and i keep falling deeper for her the more i get to know her little secrets. it’s really an ongoing thing. this abnormal, one-sided lesbian relationship i have with this city. it’s like a bad case of psychotic infatuation that involves a little stalking and a lot of paparazzi pictures glued on a mini adoration altar which is this blog.

but, man, she really is beautiful. 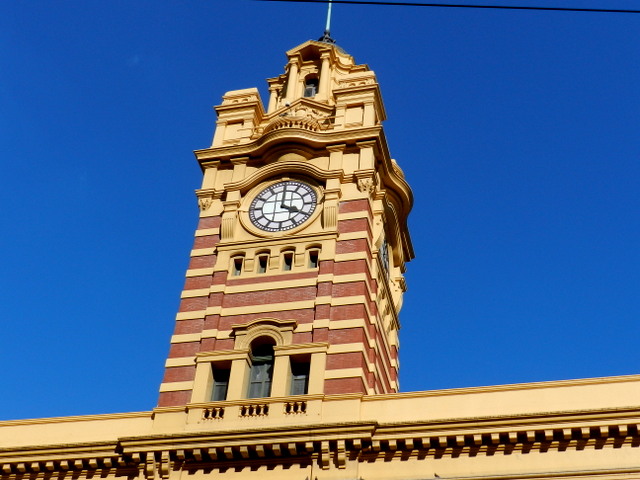 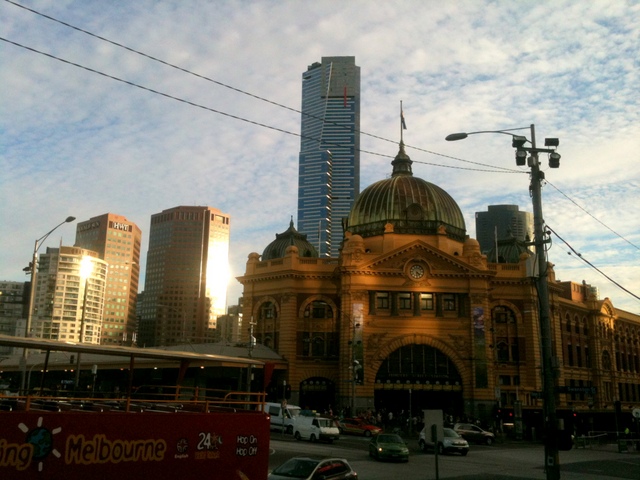 One thought on “flinders street station”