our last stop before we called it a day was the 7 commando beach. i found the island more touristy in a sense that there were a lot of folks lounging at the shore sipping coconut juice through straws while holding the overpriced coconuts with both hands. but it’s a very pretty place, i’ll give it that. it’s nice to just sit there on the sand and admire the darkening silhouettes of the limestone formations before you as the sun begins to set.

the only drawback for me are the strong waves. don’t get me wrong. i love the sound and the sight of the waves as they come rolling into the shore. but not when i wanna take a quick dip and feel myself being dragged this way and that.

it was kind of like “swimming” at helictoper island, actually, where i was just there on the water’s edge but felt like i was on survival mode with the way the waves were trying to attack me!

but other than my issue with the waves, it’s a nice island. i especially like how the white sand seems to glow against the late afternoon sunlight. =) 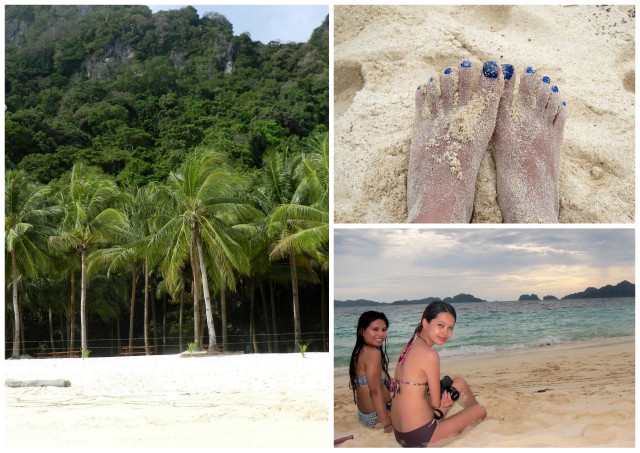