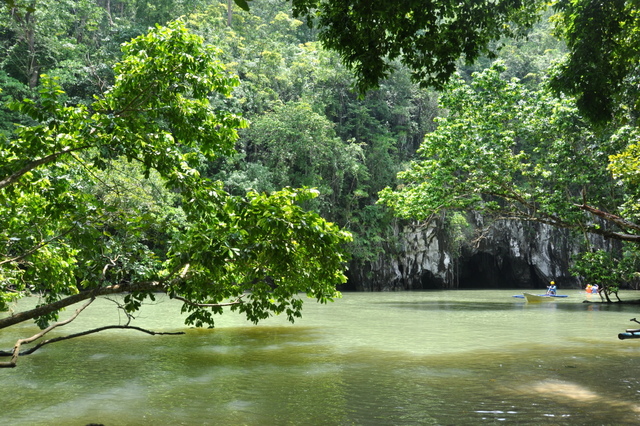 first things first: in order for you to take the underground river cruise, you need to wear a life vest and a hard hat the color of your choice. the kind construction people wear upon entering a hard hat zone as a precaution against falling objects.

in this case, it’s more like to keep your head safe from bat droppings.

with just one paddle to steer us into the darkness of the cave, our guide slowly led us in. you could just imagine my anticipation and thrill at what i would find inside! i was worse than a geeky student who’d eagerly raise her hand to every question thrown at the class.

so imagine my disappointment when all i could see… was the dark. and it didn’t help that the whole freaking time, we were all under the mercy of my uncle who was sitting in front and was responsible for holding the flashlight. just as disappointing was my lousy camera which did a horrible job taking photos in such darkness. one minute, the light would be aimed at an interesting rock formation per the guide’s instruction and me and my camera would be panicking to focus on the said spot. the next minute, just when the autofocus is green and ready, the light has already been beamed somewhere else. so that was that. at some point, out of frustration, i was like, “whatever.”

i did manage to take some decent photos, though. and by “decent,” i mean “it’s all i have so don’t complain.” some of these photos i borrowed from aleth. i can’t acknowledge them piece by piece but…

leth, if you’re reading this, your semi-abandoned, bulky, neglected DSLR said hi. and that it wants you to take it out on a date sometime. you know, so it could breathe some fresh air once in a while too? =p 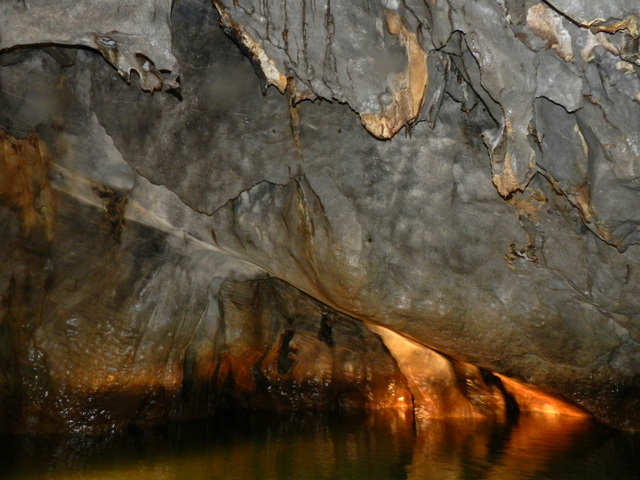 because it’s a cave, expect to see loads of stalactites and stalagmites varying in shape, color, texture, and what have you. it’s pretty amazing, especially if you were the kind of kid who bonded mightily with your pet rock.

otherwise, they are just the plain old rocks for you. 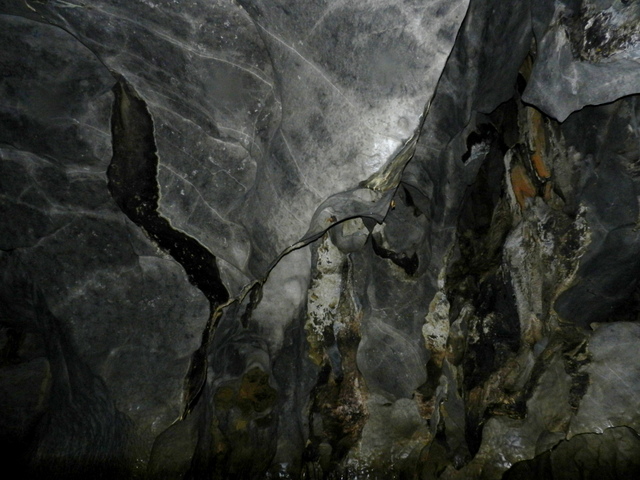 HOWEVER, and i would like to stress this part, THEY ARE NOT, AND NEVER WILL BE, just plain old rocks.

because they’re actually pretty special. because they’re millions of years old. plus, they are massive! now, i’m not actually fatalistic but at one point, in my head, i couldn’t help but imagine how tremendously heavy those boulders would be when they come crashing down. so from then on, i stopped imagining.

because i realized that people are like ants. the world is too big and we’re too tiny. which is probably why nature feels very protective of us. because she knows she can kill us just as easily.