much as i love to zipline, i can always say that my 2-minute hesitation was justified. i have three valid reasons and if these aren’t reasons enough, shoot me.

first of all, zip southern leyte currently holds the record as the country’s longest zipline, with a length of almost one kilometer. (the one at davao was just about 600 meters one way, if i remember correctly.)

second of all, among all the ziplines here in the philippines, this one has the highest elevation. remember when i said that agas-agas bridge is the highest bridge in the country? well, the zipline is above that bridge so you can guestimate that it’s pretty high. comparable to, say, a 30-story building. (also, notice how small the motorcyle looks like from our point of view.) and it didn’t help that moments before, ram told us a story about some girl who committed suicide by jumping over the bridge.

the length and the height and the story, i didn’t mind so much. well, the story was tragic, of course, and for a while i kind of wondered why she did it, but reason number 1 and 2 were nothing. like i said before, i am more scared of short ziplines than i am of long ziplines. other than that, ziplines don’t scare me. well, not anymore.

but you know what really got to me? 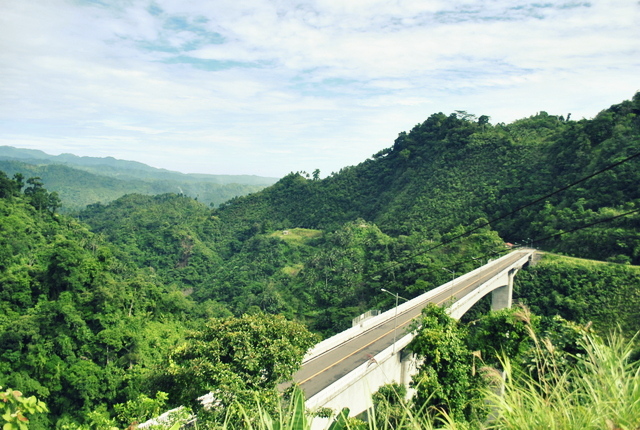 the steepness. and let me quote this blogger/photographer guy:

Having the largest angle of decent (sic) makes for having speeds upwards of 110kph, depending on body weight. A rider weighing 40kgs reaches a max speed of 100kps; one weighing 65kgs can reach speeds of up to 140kph.

looking at the first few meters of cable wires had me at OMG! i was like, “but aren’t ziplines supposed to just stretch horizontally and not diagonally?!” because, really, the sloping wires gave me a funny feeling which wasn’t funny at all. ram told me it may look scary but once you’re there, you won’t feel it anymore.

yep, because by then, i probably already lost consciousness that the staff would have to wake me up to inform me that the 30-second ride was over and i basically slept right through the whole thing.

of course i went first! what better way to kill the nerves than to kill yourself first? lol. it was a good thing you could zipline in pairs. ram was my partner. we both agreed that we were gonna do it simultaneously. like, you know, zipline together together?

until the staff released me on his own count.

so much for me and ram ziplining together together.

but then again, even if we were released together, i don’t think ram and i would still be ziplining at the same speed. i mean, i’m no rocket scientist but with the difference in our weight, i figured he’d be running at a higher speed. which was why, about a quarter of the way, he zoomed ahead of me and my muted screams of “wait for me!” were left unheeded by nature, the ever-mysterious physics teacher.

if at the start i hesitated for two minutes, the next round i couldn’t wait to get myself strapped again! because the ride was sooooo much fun!!! sure, there were tears in my eyes due to the oncoming wind but they were happy tears.

i even convinced gayle to ride with me the next time. she didn’t want to. she had no plans to. being the good and respectful friend that i was, i showered her with promises and reassurance interspersed with occasional subtle threats that bordered along the lines of bullying.

all because i wanted her to try and experience how much fun it is to do something scary and feel the triumph of conquering her fears.

i could have sworn i heard her whooping with enjoyment all throughout the ride!

till the next adventure, gilat! 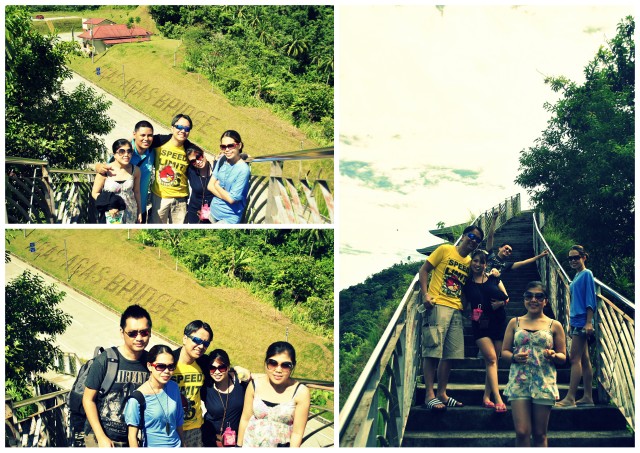 One thought on “conquer your fear. twice.”