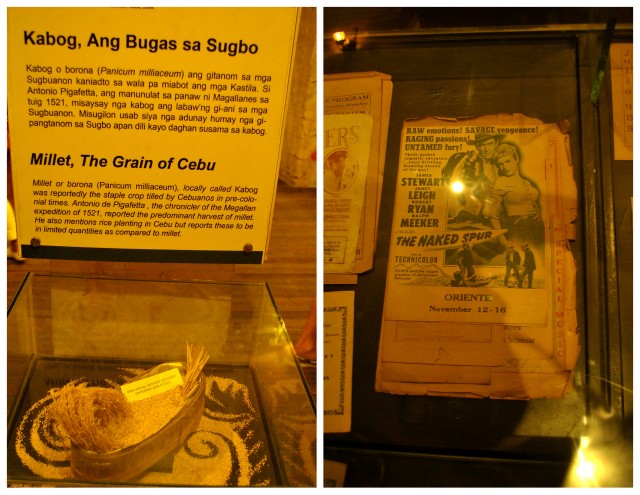 what once was a provincial jail called carcel de cebu is now the home of numerous historical memorabilias that, when taken all together, paint a colorful picture of cebu and what it was and how it looked like way back when.

cebu, indeed, has come a long way. i mean, judging from the older folks’ movie posters alone, at least ours now look more exciting and shiny and colorful and does not look like a page from the newspaper. but everything good has to begin with a rough draft somehow. we’re lucky to be where we are right now. but if i really think about it, they were lucky too. it must have been a really exciting time for them to be able to see pictures moving. at the very least, they had that shock factor which translated into a profound appreciation for something novel.

we yawn right through a 3D movie.

there are actually a lot of interesting facts about the building which i found out just now by reading other people’s blogs — they are more technical and undoubtedly more factual than i could ever be when i write about museums and history and stuff. mainly because the facts don’t hold my interest any longer than your average attention span unless they come with some really good juicy stories which humanize them and transform them into something that, hundreds of years later, i can still relate.

but once in a while, i do encounter basic trivia which i find interesting. those are the ones my fickle-minded neurons have an affinity for. the same ones my body cells strive to store in its memory bank.

like the fact that carcel de cebu was designed in 1869 by no other than domingo de escondrillas because, well, there was no other. architects, i mean. he was the only one.

while the museum now holds tangible manifestations of cebuanos’ faith, such as the sculpted figures portraying the passion of the christ shown above, its walls once bore witness to the unjust detainment of the katipuneros during the philippine revolution before they were brought over to the carreta cemetery to be executed.

the race horses that occupied the carcel during the american period later on when it was used as a stable definitely fared better than our unnamed heroes did.

and i hate that i’m getting emotional about it. 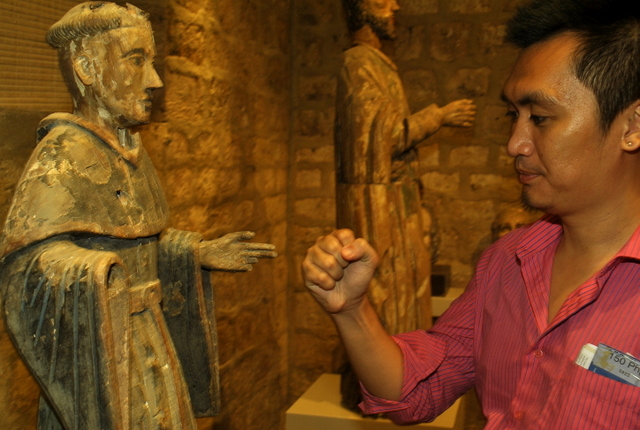 to lighten up the mood, here’s a picture of ram playing rock, paper, scissors with a faithful member of the church. i don’t know what these guys wagered on but whatever it is, ram won. lol. 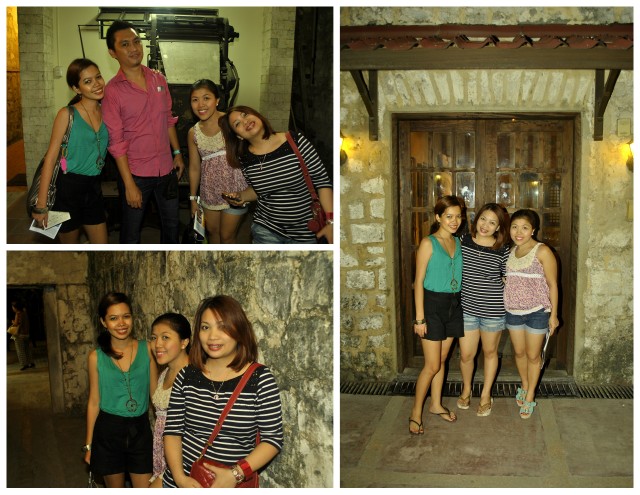 i’ll let you in on a little secret. you know the reason why i love old stone walls and old houses and old buildings and all that old stuff which makes me seem weird?

it’s because i love it when i’m standing there momentarily suspended between the past and the future. i look at photos of places and faces smiling stiffly into the camera, not having any idea at all that a hundred or so years later, i would be looking at them.

a hundred or so years from now, that picture could be of me.