with all the hype generated by the once-in-lifetime 11/11/11 (10/10/10 was way cooler because it also happened to be my birthday and i’m biased like that!), i wanted to do something different — something “auspicious” — partly because it was the word of the day and partly because i needed some form of enlightenment; a new philosophy to buffer me from life’s bullsh*t. 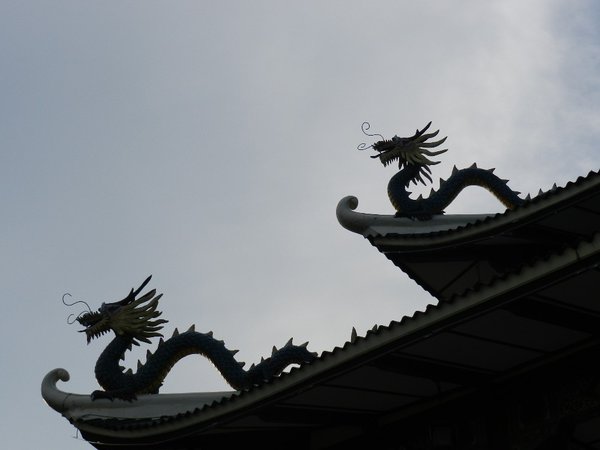 i’ve been talking about wanting to go to taoist temple for weeks, if not months. at first i wanted to go out of nostalgia, remembering that one and only time i went there with my mom and my younger sister. i have a photo of us sitting in front of the giant dragon but if i show it to you, you’d probably wonder why the only thing you’ll ever see is the dragon as my mom was more keen on capturing the entire landscape rather than her two smiling daughters.

but nostalgia wasn’t the main motivator which prompted me to visit one of cebu’s tourist destinations. like i said, i wanted to do something auspicious on such an auspicious day. i needed to find “the way.” i figured taoism was perfect for that.

as tao cheng puts it,

These two are the same
But diverge in name as they issue forth.
Being the same they are called mysteries,
Mystery upon mystery –
The gateway of the manifold secrets.

i may not fully understand the deeper meaning behind those verses but i like that the words touch me at some point, perhaps in another dimension. kind of like looking at the dragons — i don’t know why they were there and why, of all places, on the rooftop but i found them interesting to look at and they appealed to me in a way that i can’t explain, just that they did.

which proves that there is a reason for everything even if you don’t know what those reasons are. like some kind of gravitational pull, except that it’s not southwards.

at taoist temple, they have this practice of throwing a pair of kidney-looking stones on the sacred temple floor where you get a “yes,” “no,” or a “maybe” as answers to your question(s) to the god you believe in based on the stones’ position.

needless to say, i did not find “the way” on the day i wanted to but at least i know now what not to wear next time (which would probably happen soon because i’m doggedly determined to find the answers that i’m looking for in those kidney stones).