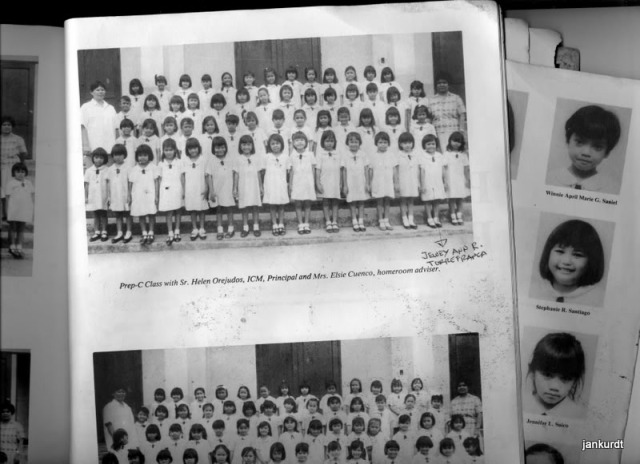 of course i couldn’t believe my ears when, only last week, gayle told me she was in Mdm. Cuenco’s class way back in prep school at STC. because i was in Prep C too! morning class, when my parents had to literally drag me to the bathroom because i wouldn’t wanna wake up.

unbelievable. i had to ask her several times if she really was in the same class as me and several times she had to verbally strangle my stubborn neck with the word, “lagi!” i must have asked her a dozen times in a span of 5 minutes, “sure ka?”

lol. that shut me up. but i was in denial still. so like any freak who’s in a state of denial, i had to look for some sort of evidence so i could finally rest my case. that evidence came in the form of my dilapidated year book. St. Theresa’s College’s The Star Year 1990. 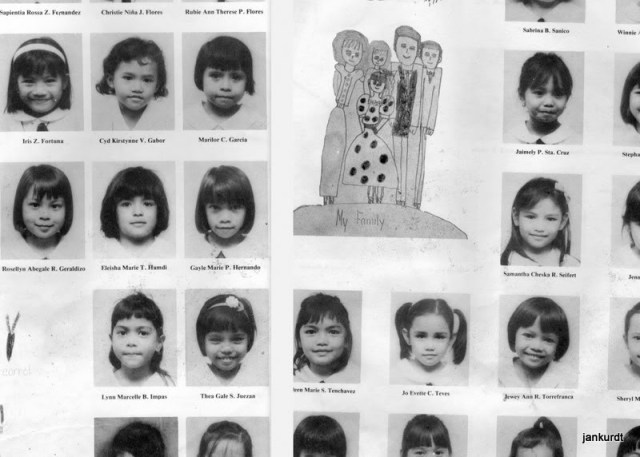 gawd, gayle, were we really that ugly?