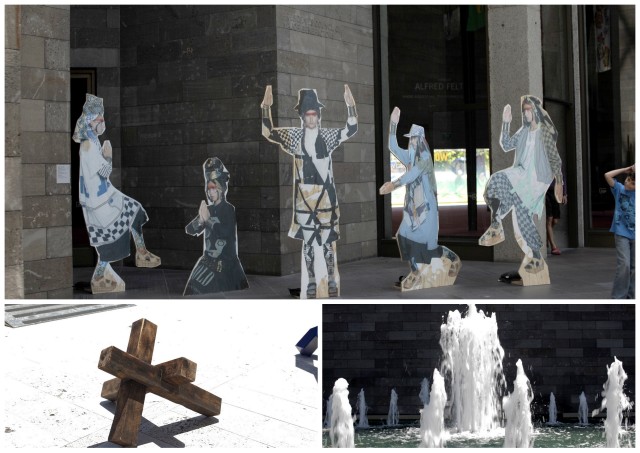 first off, a bit of an introduction from wikipedia because, once again, i can’t be bothered summarizing every little detail about this place:

the national gallery of victoria, popularly known as the NGV, is an art museum in melbourne, australia. founded in 1861, it is the oldest public art museum in australia.

having said that, one can automatically assume that this is where all the artists and art enthusiasts go. jeff and i basically stumbled our way in.

something awesome came out of that experience, though: we can now rightfully add the words worldly and sophisticated to our resume, on account of us chillin’ at art museums . because, you know, that’s just how we roll.

that’s not to say that i didn’t enjoy that little trip. and by “little,” i mean two hours, because the place is huge! plus, they had several exhibits going on that you kind of lose track of time before you start wondering, “will this ever end?” 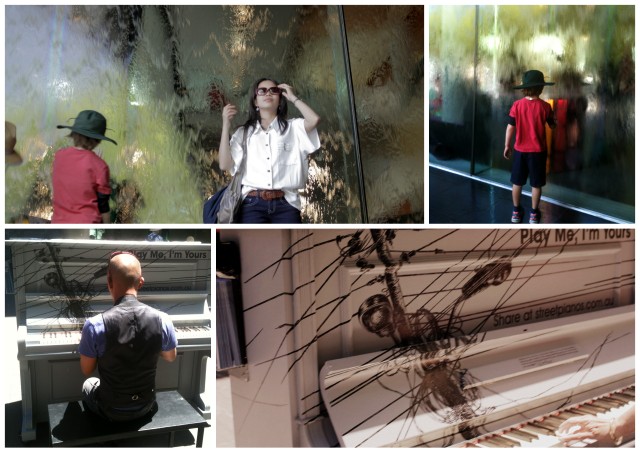 even before we walked in, art was everywhere outside — from the piano jeff played convincingly even though he doesn’t know how… to that really cool water installation i would love to get for our home, at the risk of damaging jeff’s beloved bamboo floors, or short-circuiting his precious electrical outlets. 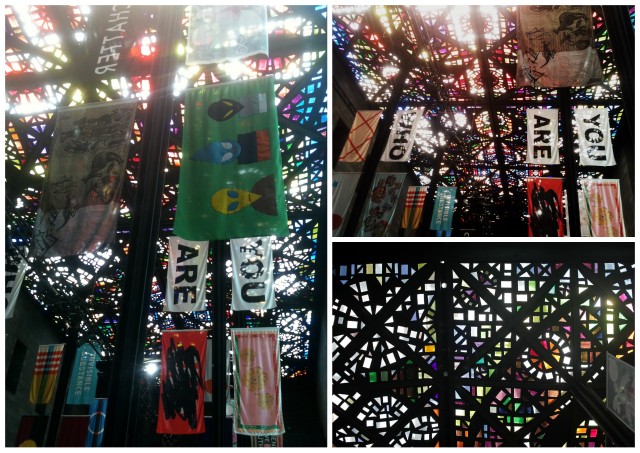 inside was something else. looking up, i was amazed by the beauty of the colored splinters of the great hall, one of the largest glass ceilings in the world created by australian painter leonard french from 1965 to 1970. apparently, the dude wasn’t really into glass art so he had to learn the ropes in the process of undertaking such huge project, cutting himself so often he was quoted to have said, “it was a lot of bloody hard work.”

truth be told, i only knew about all that today. but it’s so interesting you might as well read the whole article yourself. 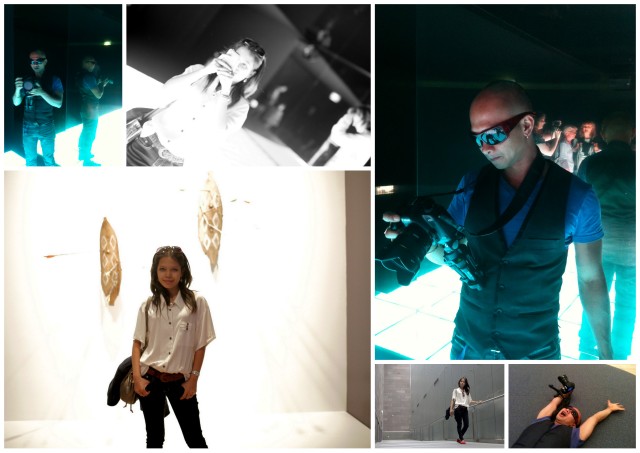 if you’re a hardcore art fan deadly curious about the meaning of the melbourne now exhibition we visited, head over to this site. it’ll give you a blow-by-blow account of all the intellectual and creative stuff that went down in there.

because, like i said, we just stumbled our way in.