okay, so i told you about the eagles already. but in case i wasn’t very particular, this here is scout binay, an eagle whose name shares the family name of the current vice-president of the country. turns out the name-sharing wasn’t a coincidence. according to a good friend in multiply whose information i take to heart for the reason that she is a native of davao and i’m too lazy to do my own research, binay is adopted by binay. common sense would lead you to the logical conclusion that that bird right there holds the second highest government position in the philippines. haha. no, really. he’s more like a trust-fund eagle in a sense that his veterinary care is pretty much insured for as long as he lives.

by now, you’re probably tired of looking at pictures of eagles so here’s eight more.

strolling along the pathways decorated with rough cemented tiles engraved with names of people whom i assumed were sponsors of some sort, we chanced upon a caretaker on his way to the cages for the scheduled feeding time. (mice. the eagles are fed with mice, in case you’re wondering.)

as luck and kindness would have it, the caretaker offered to bring one of those eagles out so we could have our photos taken up close and personal with the second largest eagle in the world who happens to be a prime candidate for extinction if conservation measures are not strictly implemented to ensure their species’ survival.

you can bet we pounced on that opportunity faster than you can syllabicate the scientific name of these powerful birds.

so with the eagle perched on the caretaker’s glove, powerful wings above our heads spread high and wide upon the man’s instructions, we took turns taking each other’s photos. we all look happy on every one of those pictures but knowing what strength and power these birds were capable of, at the back of our head (quite literally), of course there was still that feeling of fear and thrill both at the same time.

but in the end, we were all grateful. God bless that man. 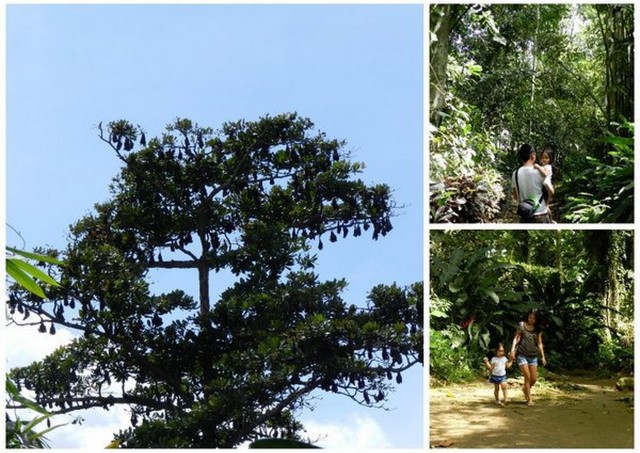 another intriguing creature in the eagle farm was the flying fox — which turned out to be bats. and there i was expecting, you know, a fox that can fly?

so much for ram leading the way (he was the one who really wanted to see it.) while aeva and i pretended to be dora exploring the forested area for swiper with super powers.

i don’t have any valuable information about those bats. well, i can google them for you but i’m too lazy to do that now. and besides, aside from its physical characteristics whose main feature resembles that of a winged dog, nothing much is known about it. (i haven’t seen them up close and personal but i skimmed through this webpage. haha.) 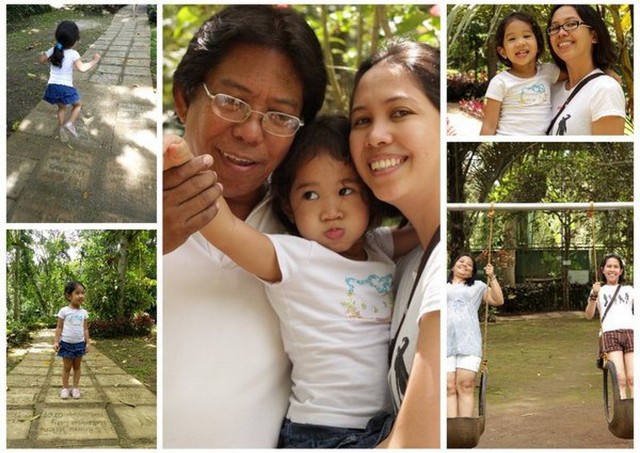 now i breathe a sigh of relief —  a breath cut short by the thought that i still have many more posts pending. (why am i doing this to myself again?!)