jalandoni (not jalandino, jan!) museum was another museum we visited in silay. (my, we sure loved visiting museums during that trip! i think i’ll stay away from museums for the rest of the year. seriously. i could throw up just thinking about museums right now. our bacolod trip sure purged me of that.)

there’s nothing much to write about jalandoni museum. (well, there is, actually, if i want to go about it detail by detail but i’m not in the mood for that right now.) it was another big house owned by another rich man who had nothing but the best of everything imported into his home. 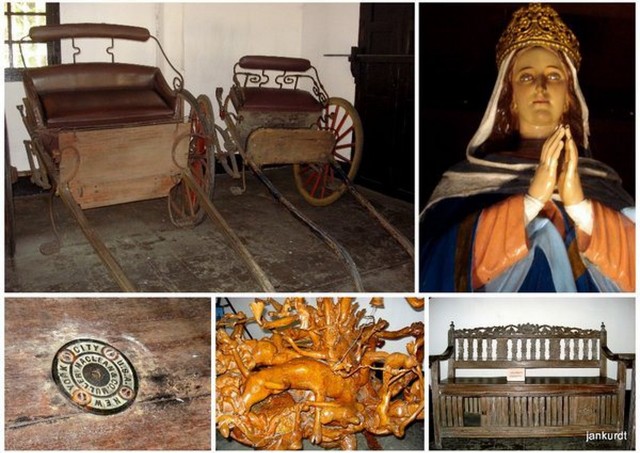 like those expensive carriages. made in new york. pure leather seats, baby! the bigger one for the adults and the smaller one for the kids. probably an equivalent to a modern-day ferrari. even then, it was all about the rides. lol.

and then there was the porcelain sculpture of mother mary with her gorgeous ivory eyes which looked so gray yet so alive. i couldn’t help but stare. shiny gray eyes are beautiful, whichever way i look at it.

in the basement you would also see a sculpture there made out of santol roots, which took 12 months to finish. the artist sculpted anything according to his mood. the end product was amazing! there were dwarves, horses, carabaos, and what-nots. 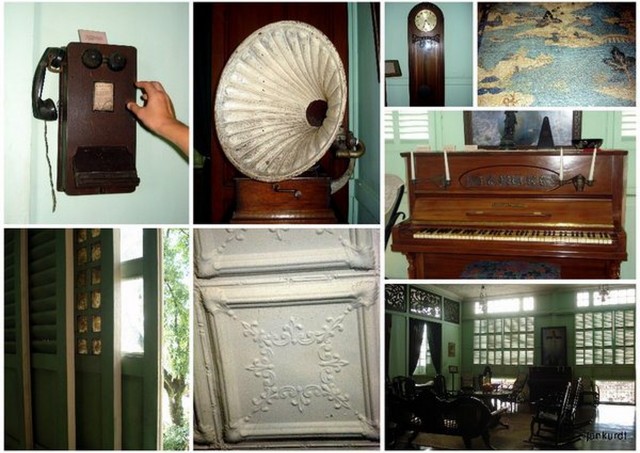 one of the interesting things i learned in the jalandino museum  were the different sets of windows depending on the weather and the time of day. the outermost window was used as a shield from the rain. the one before that was used as a shade to keep out the glare of the sun. while the first two inner windows served as double protection from, well, whatever.

they also had embossed tin ceiling. reminded me of biscuits stored in a tin can. hehe.
a ming dynasty carpet made out of camel’s skin. (poor camel!)
and the most expensive piano in the world.

a photo of some of the areas of the house and their implements. i loved the german water jar. just because.

but what blew my mind away was the exquisite porcelain chamberpot specially made in holland. fancy that! and just a mere chamberpot! lol.

lifestyles of the old rich were both weird and wonderful.