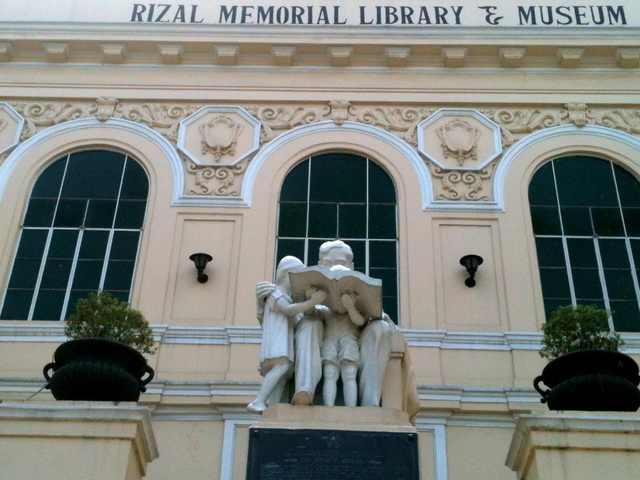 i was just around the block sporting my freshly venipunctured antecubital fossa with nowhere else to go but having a little bit of time to kill so i figured, why not?

and besides, the geek in me has been scouting for new places to visit within the city. i’ve thought of checking out this 76-year old pre-war neoclassical building built in 1937 (if i sounded so smart, that’s because i googled it.) a thousand times but the trouble with thinking about something a thousand times is that it almost never gets anything done. well, most of the time, that is. whereas if you just go, you just, you know, go. 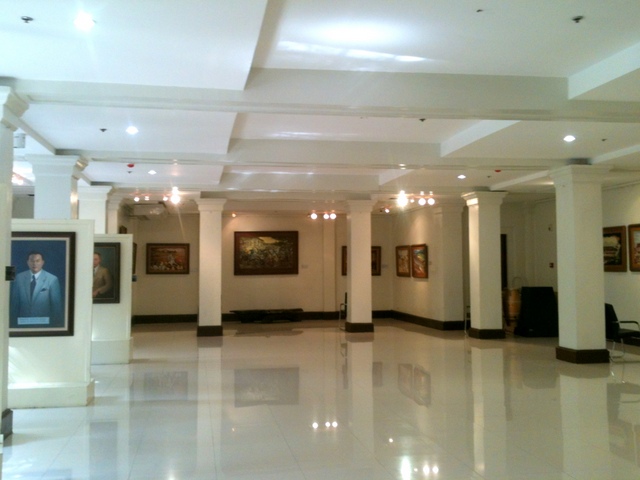 the museum wasn’t exactly what i expected. truth be told, i found it kind of bare. too bare, in fact, with nothing but an airconditioned, hollowed room whose walls are decorated with paintings done by local artists. and we’re not talking about antique paintings here. more like in the 1990s so there’s nothing superbly impressive about it.

don’t get me wrong. it is still an educational experience in itself but if you’re looking for diversity and richness of cultural material, then you’re going to be very disappointed. consider yourself warned. 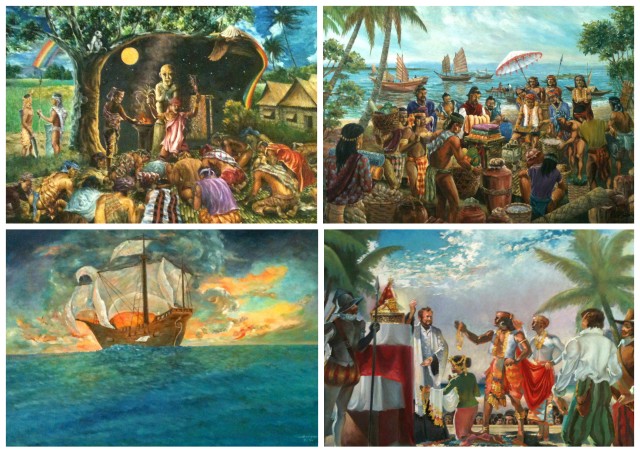 but for what it’s worth, you’ll see silent stories behind the colorful oil paintings — of how the ancient cebuanos lived and interacted among themselves as cebu was already a settlement site in as early as the 10th century; of how our original ancestors practiced paganism before the spaniards introduced sto. niño and christianity with a solemn procession on may 16, 1565. 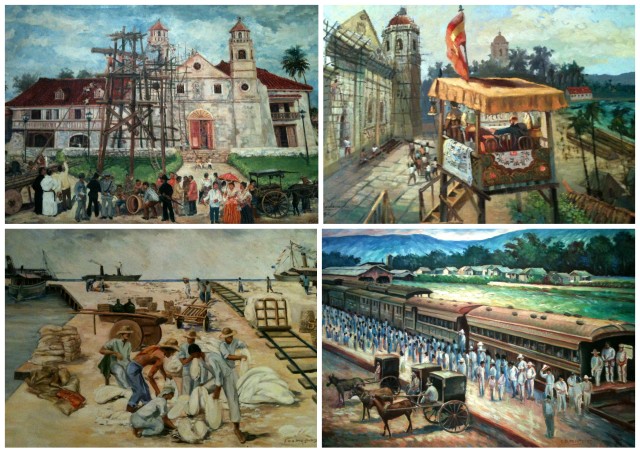 some of the artworks depicted the construction of churches within the city. one featured the opening of cebu port to world trade while another showed the danao-argao railway system and its second-class coaches which started its operation in 1907. 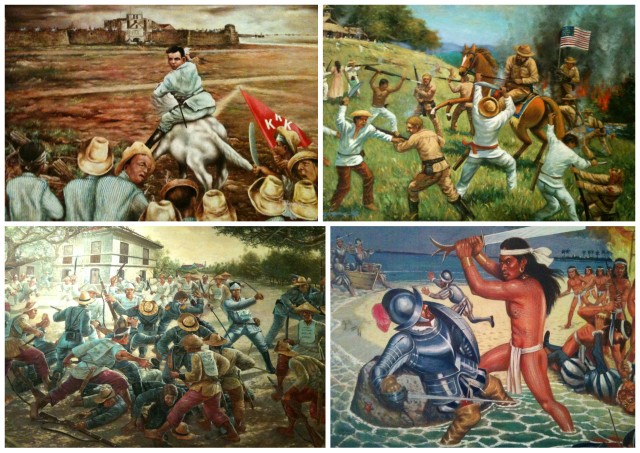 of course, no museum would be complete without the war paintings. or anything that has something to do with revolution and bloody battles based on principles and religion and the power of sheer will when your weapons are not as fancy as your enemies’.

like leon kilat leading his men to fight the spaniards at tres de abril formerly known as valeriano weyler street (girly,do you know this particular fact about your street?) and then chasing down the defeated spaniards all the way to fort san pedro for more action, stopped short by the canons looking at them straight in the eye. 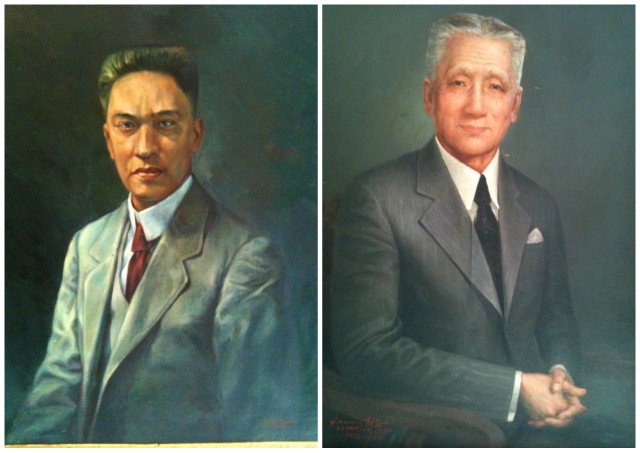 there were also portraits of some of the famous men who helped mold cebu into what it is now — vicente sotto, sergio osmeña sr. (the second president of the philippine commonwealth and the only cebuano president in history), and others. 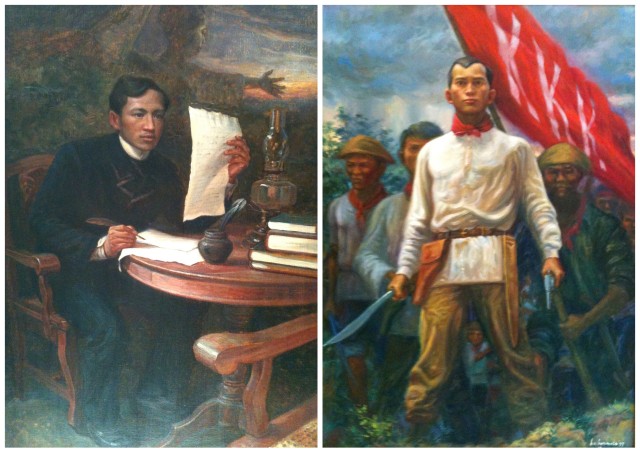 also present were the paintings of dr. jose rizal (girly’s all-time crush) and andres bonifacio who founded the group of katipuneros who were willing to sacrifice their lives for the sake of freedom, an uprising symbolized by the KKK flag (the original one you can find at the rizaliana museum). 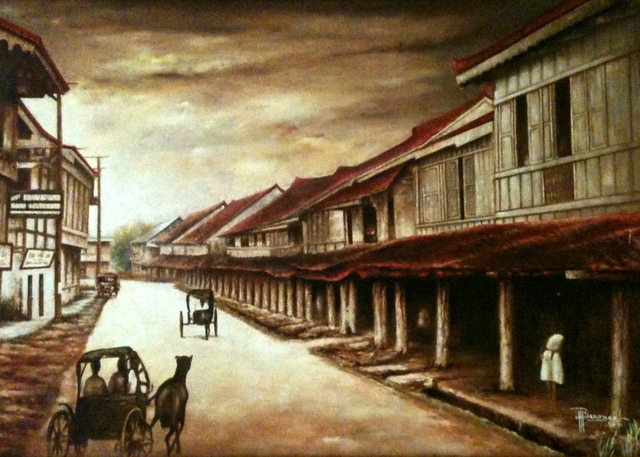 of all the paintings there, this one is my favorite — colon street waaaay back when it was actually peaceful and not as crowded as it is now. 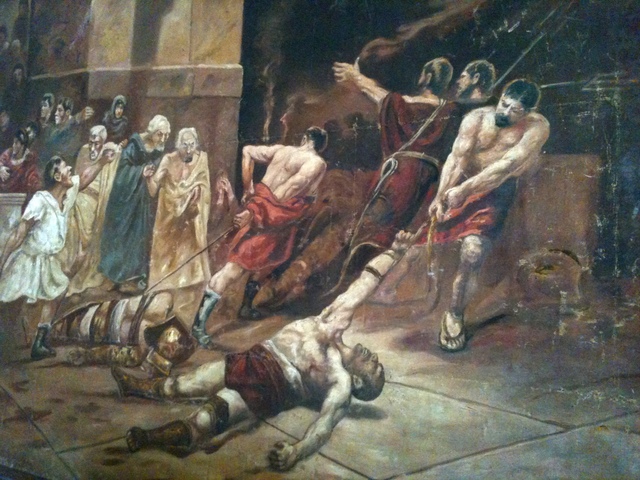 my second favorite is this painting by the museum’s entrance. because the guy on the far right reminded me of gerard butler in the movie, 300. that painting was done in the 1940s, earlier than most of the paintings inside the museum. i don’t know why it’s there or what its significance is in relation to cebu’s history but it’s a nice painting nonetheless. something about the tone really captured my attention. 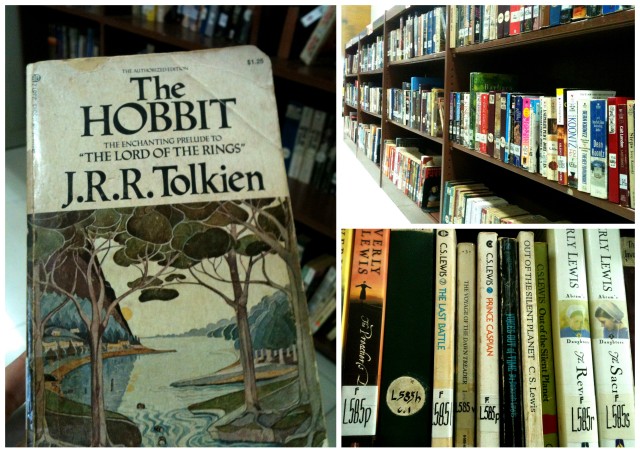 downstairs, on the first floor of the building is the public museum of cebu city. and because it is owned by cebu city, i, who do not hold residence in cebu city, could not borrow the hobbit book i would’ve wanted to read over the weekend. bummer.