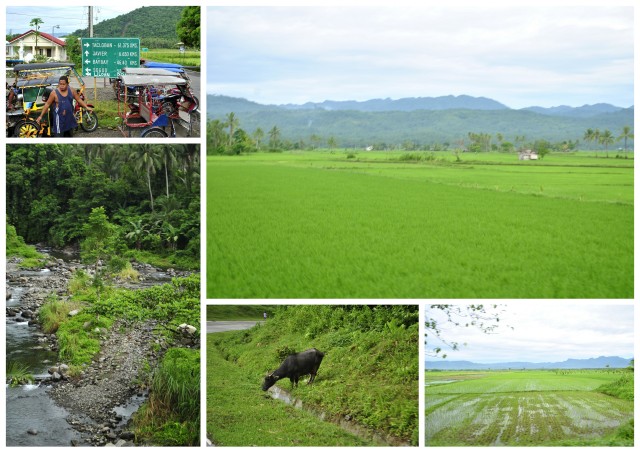 the mode of transportation may vary. you could be sitting on a bus with the wind blowing on your face or in an airconditioned car with the cooling effects of freon drying the beads of sweat that were about to form right before you got inside. you could be pedaling on a bicycle, squeezed in between fellow passengers inside a cramped multicab like libby’s vienna sausages, or inhaling the fresh air when you’re not coughing on the dust while walking along the road.

one thing will always stay the same: the face of philippines’ rural areas will always take on the form of that of a long-lost relative you grew up with but lost contact through the years — familiar, with a hint of surprise.

southern leyte was no exception. on that sunday morning in july, we woke up earlier than the sun. we traveled for what seemed like forever, slipping in and out of semi-consciousness while farms and carabaos and rivers slowly opened their eyes to the sun’s gentle rays coaxing them awake. 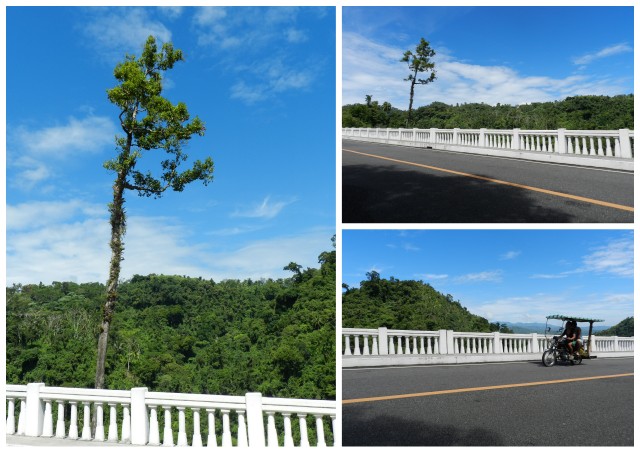 we were headed for agas-agas bridge, another beautiful bridge in leyte whose white balustrade provided a stark contrast against mountains of deepest greens further contrasted against heavenly blue and white skies.

however, don’t be deceived by its seemingly cherubic facade. on the surface, it may look calm. even peaceful. and it is.

but look down, if you dare. your heart just might feel the weirdly thrilling sensation of a ventricular arrhythmia. 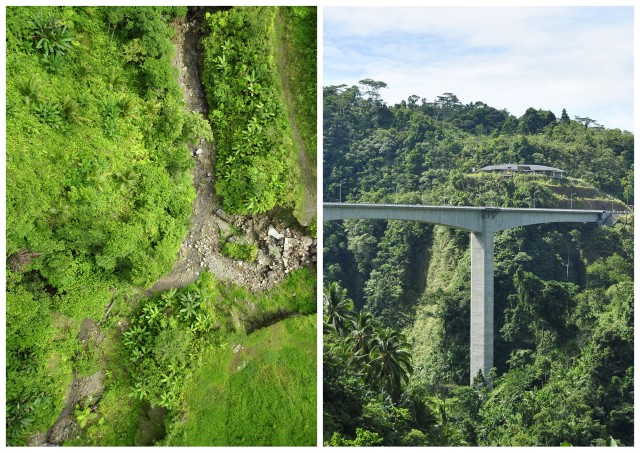 after all, agas-agas bridge is considered the tallest bridge in the philippines, with its skinny-looking pillars raising up the entire structure 292 feet above the ground like a humble servant raising his offerings to the king on bended knees. 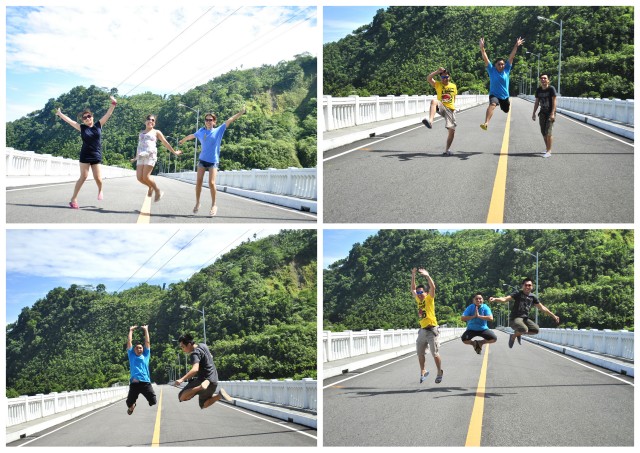 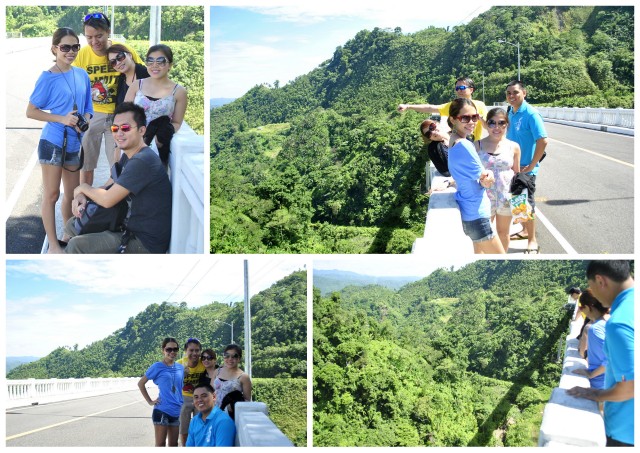 …and, of course, we were the jesters jumping up and down in the king’s court for his entertainment. major fail.