it’s what i call the last blog installment syndrome. an unexplainable sickness where i excitedly persevere in documenting details of my trips but at the very last part, lose the excitement and the perseverance altogether as if something inside me had just been turned off like a light switch instantly deactivated by a simple snap of the fingers.

you might think that it would be just as easy to turn it on as to turn it off. i’m afraid it doesn’t work that way. when it’s off, it’s like a f*cking blackout. no one knows for sure how long it would last. or if the light would ever come back.

all i know is that, for heaven’s sake, i need to get this over with and move on with my life! 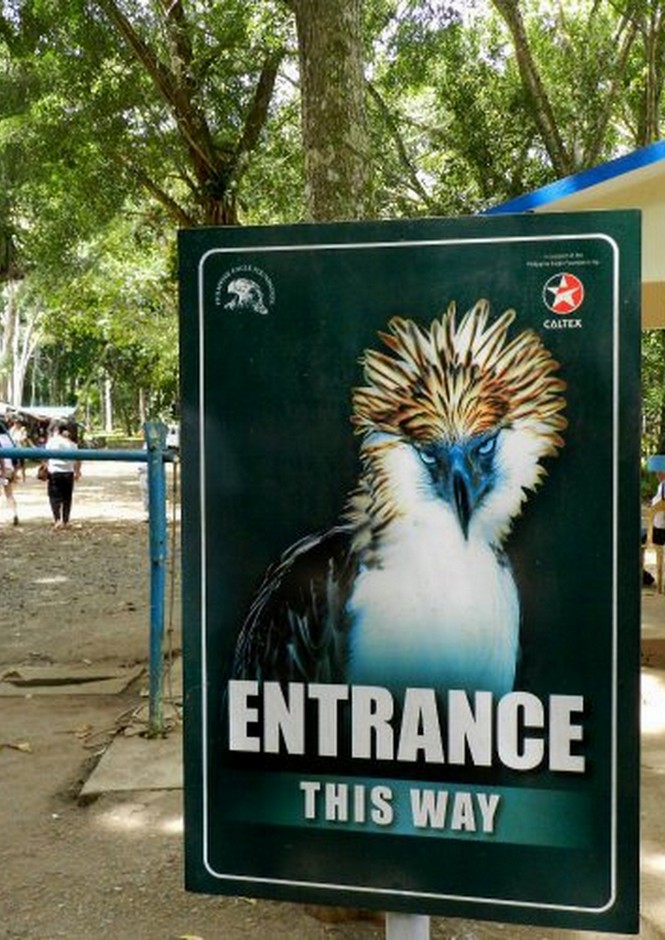 having said what i needed to say about the philippine eagle previously known as the monkey-eating eagle whose name confused a lot of people as to who eats who (okay, just me.), it’s time to take a look around at davao’s pride and joy — the eagle farm. 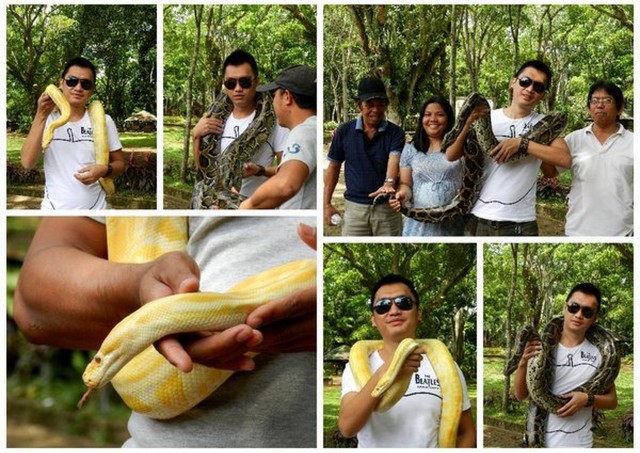 before you even get to the eagles you drove there for, slithering at the entrance of the gate are several snakes of different colors and sizes who’d want to take their picture with you. of course, this comes with a price — a couple of the lowest denomination of the peso bill, or a heart attack. play at your own risk.

i have already mentioned before that i’m not a big fan of snakes. ram’s the more adventurous one when it comes to those reptiles, though, which is cool. i respect that. as long as he doesn’t shove the creature to my face as a form of sinister entertainment, we’re cool. 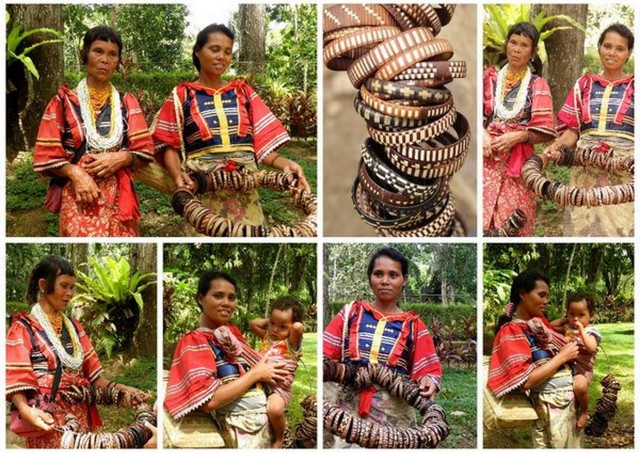 while walking around the farm, you may encounter these native women dressed in their traditional tribal gear selling bracelets made of dried twigs and other indigenous materials. sure, it’s not semi-precious stones or anything of significant market value but i’m pretty sure those bracelets were made with enough love considering the patience and effort it required to make them by hand.

should you see them, do buy some. it’s one way of supporting their tribe in your own little way if you can’t afford to adopt their whole community. 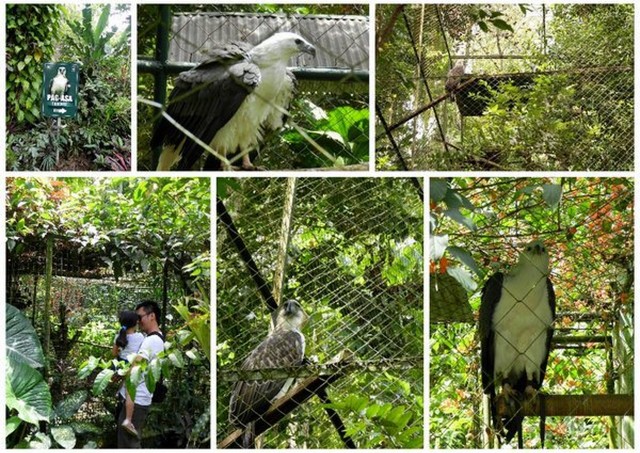 being an eagle farm and all, it is but natural to see eagles in their respective cages. the most famous one, pag-asa, sat high and proud on a rather small branch in a rather small enclosure which was probably as big as the government could afford but really, these are huge birds with massive wingspans capable of gliding effortlessly across acres and acres of rainforests. somehow, with all their bird-glory, inside those cages they look defeated. resigned to the fact that they will never be as free as they once were.

because if left to their own natural devices, some idiot would always try to shoot them down for fun. or destroy the forest they call their home.