they can grab your soul if you linger close enough.

i’m kidding. the most a monkey can probably inflict on you is a scratch, like the teeny one that i had on my forehead right where the redness is. yep, just a superficial cut on your epidermis which could transmit friendly viruses the likes of ebola. no big deal. i’m still breathing, thank you very much.

i don’t know how he does it but ram really has a way with animals. watching him cuddle with this baby monkey gave me an insight as to what kind of ape he was in his past life and what kind of insect he will be on his next reincarnation. on a more serious note, this orphaned monkey needed a good father figure and let’s just say ram didn’t disappoint. nothing like filial love to instantly bond two humanoids together with just one spark. lol.

of all the monkeys in the zoo, this was my favorite simply because he gave off an aura of intelligence which permeated through his blank gaze and his repetitive scratching motions. that little guy was lost in his own world. i tried to catch his attention several times so i could get a good picture but he continued to ignore me. 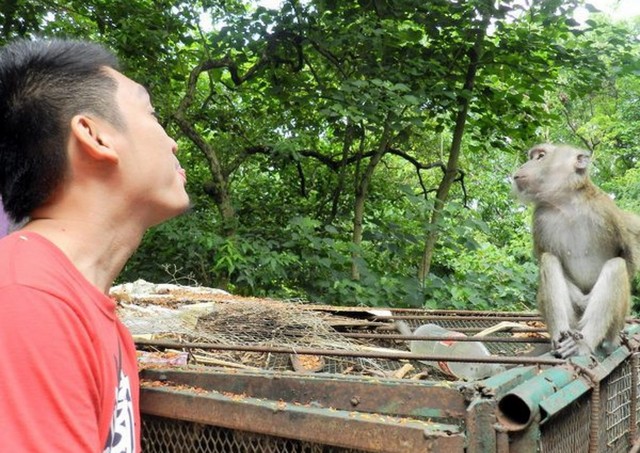 he gave ram the time of day, though, and i hated ram for it. that was MY monkey! and ram was the one who got all the attention. so unfair! 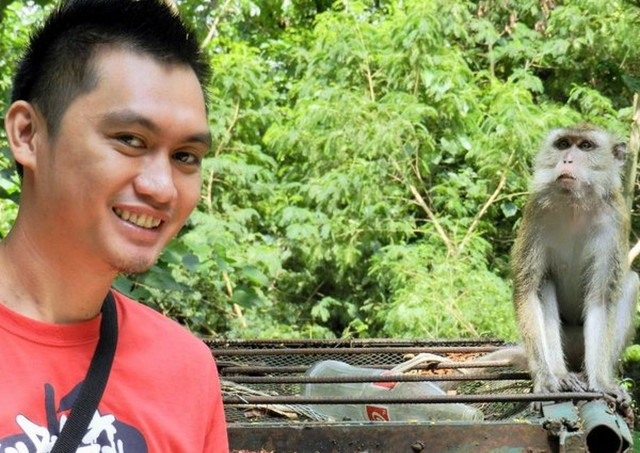 oh well. is it just me or do they have some uncanny similarities? i’m talking about the facial features. haha. love you, ga. =p